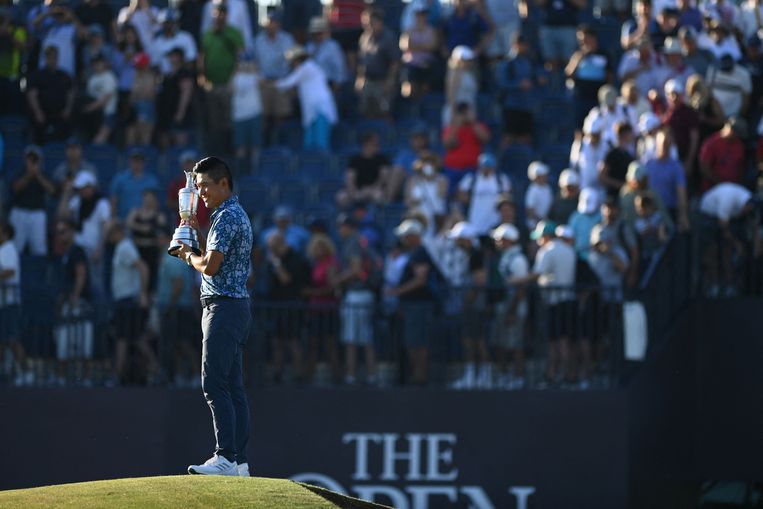 Again packed grandstands. But also in golf, the drought of the English will continue for a while. Since Nick Faldo in 1992, no Englishman has won the prestigious British open, officially: The Open. And that also failed on Sunday – a week after the lost European Championship final. Collin Morikawa, an American of Japanese-Chinese descent, won the only golf major in Europe with a score of 15 strokes under par.

Morikawa, 24, struck on Sunday after South African Louis Oosthuizen, already the schlemiel of the year with second places at the US Open and US PGA, ran his worst of four rounds with just two birdies and also two bogeys.

Morikawa has only been on the professional tour for two years. He has already won five times, including the US PGA last year, making Sunday’s win his second major triumph. He said he was happy that he could have won in front of full stands once, because no audience was allowed to be present at his triumph last year.

In fact, the 150th The Open, as the British open is officially called, should have taken place in the past few days on the Old Course of St Andrews on the Scottish east coast. But because this major was canceled last year due to corona, it became the 149th at the Royal St. George’s in Sandwich in the far southeast of England. The anniversary edition of the oldest major (since 1860) will now take place in St Andrews next year.

Morikawa had already climbed to fourth place in the world ranking. He is often regarded as a child prodigy and seen as the absolute opposite of his compatriot Bryson DeChambeau. While DeChambeau plays purely on power and length, Morikawa focuses on flexibility and precision. The two are seen as the most interesting golfers of the coming years because of their opposing styles.

Morikawa is now ahead. Of the eight golf majors he has competed in, he has already won two. And that was on his debut at both the US PGA and The Open. ‘How can I do that? I wish I knew the answer. And if I knew I wouldn’t tell anyone,” said the beaming American.

DeChambeau has only one major win to his name. In golf, however, few things have been predictable since the end of the Tiger era. The four majors – The Open was the last of the year – were won by four different players: Hideki Matsuyama (The Masters), Phil Mickelson (US PGA), Jon Rahm (US Open) and Morikawa (The Open).

What can be predicted is that Dutch golf will not play a significant role. Joost Luiten, the best Dutch golfer, was out after two days. The 35-year-old Dutchman, now down to 190th place in the world ranking, was without a chance after the first day with a score of six over par, leaving only four players behind, including 50-year-old Mickelson.

On the second day he played a little better but it was impossible to survive the selection on Saturday. Luiten said he struggled with all kinds of aches and pains, such as problems with the intestines and back. He is now taking four weeks of rest and hopes to be fully recovered by the end of August.

As ambassador of the Dutch Open, Luiten wants to be present at the only professional tournament on Dutch soil, which will be held from 16 to 19 September at the Bernardus Golf Club in Cromvoirt. Sponsor KLM has withdrawn due to financial problems, so it is not entirely clear how much prize money is in the pot.

Luiten has already won this tournament twice. He has never been able to break pots at The Open. Luiten has never really been a fan of left golf, the British courses on the coast with their deep bunkers and stiff roughs, from which it is often difficult to hit the balls. The best performance of a Dutchman in a major is still in the name of Jan Dorrestein, who finished in 15th place at the British Open in 1972.