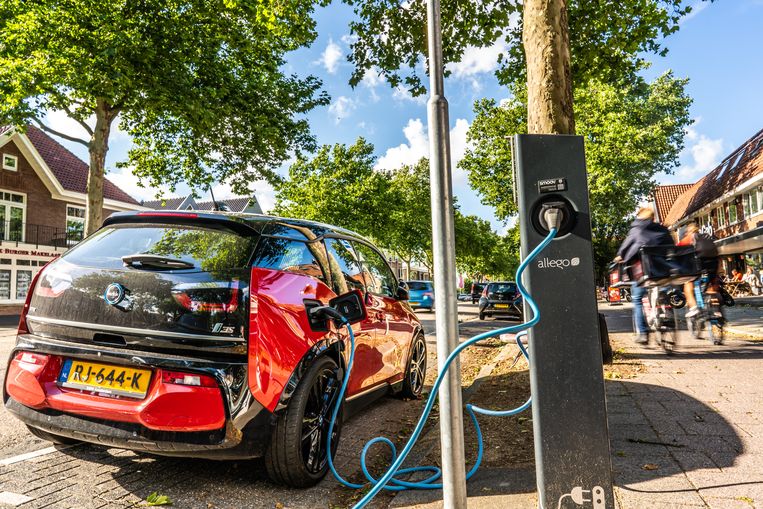 Dutch companies are global leaders in the field of ‘charging solutions’ for electric vehicles. Take Alfen, for many years the market leader in charging stations. The company from Almere is profitable and the share price rose from 10 euros in May 2018 to more than 85 euros now. Take Fastned, for example, successful in the field of fast charging along the highway. Take LightYear, manufacturer of a solar car that can drive 700 kilometers on a single battery charge. Or take EVBox, which mainly supplies charging stations for the home. Also worth a billion.

Now there is the next billion-dollar company: charging station company Allego, which originated from grid operator Alliander. He founded Allego in 2012 and sold the company a few years ago because Alliander was unable to make the necessary investments. In 2018, French investor Meridiam took over the company, which it is now selling to American investment titan Apollo Global Management. It brings Allego to the stock exchange in New York, with an estimated value of 2.7 billion euros.

Although Allego is still not making a profit, the turnover has increased spectacularly. Last year it was 50 million euros, this year it is expected to be 86 million and when the decade is halfway through, the annual turnover should be more than a billion.

Each one is growth brilliance, says Maarten Steinbuch, professor of Systems & Control at Eindhoven University of Technology and early advocate of the electric car. Generous subsidies, detested by some, have contributed to the fact that the Netherlands has the highest charging station density in the world. These companies benefit from that. Result: a flourishing industry and four thousand jobs in the Netherlands.

As far as charging stations are concerned, we are only at the beginning. In the coming years, according to car umbrella organization Acea, six million will be needed in Europe (now there are a quarter of a million, of which 30 percent in the Netherlands). Then the electrification of trucks will have to start for the most part. Now that the United States has also opted for greening under President Biden, the potential market is enormous.

This seemingly gilded future is part of the success of companies like Allego. But it’s not just about the poles. The software that it contains is especially important, says Steinbuch. Because the Netherlands was so quick to act and has a good ICT infrastructure, protocols were developed at an early stage that allow charging stations to communicate via the Internet. This allows motorists, for example, to see whether a pole is available via their app. And they can moor and pay at each post with one card.

Thanks to these online protocols, charging power can also be controlled remotely, allowing grid operators to ensure that the power grid is not overloaded if too many cars want to charge simultaneously in a neighborhood. In the near future, e-cars will also be able to return energy, helping to keep the power grid in balance.

Dutch charging station software quickly spread across the continent and is now the de facto standard in Europe and the United States. So Dutch firms are in demand. Certainly since the second half of last year, when Europe developed green support plans and the e-car started to gain traction under pressure from high CO2 fines. Investors see the potential of charging companies, the prices are skyrocketing. According to Allego, the European electric vehicle market will grow by 45 percent per year until 2025.

The fact that Allego is in the forefront with companies such as Ionity and Fastned is partly because they opted for fast chargers along highways at an early stage, says Steinbuch. “They entered the European market aggressively, which was smart.” Or, as Allego puts it: thanks to the high degree of urbanization, many car owners cannot charge at home and are dependent on public poles.

E-cars of all types and brands can go to the Allegoladers, just like electric trucks and vans, the company writes in a presentation for investors. Due to these open standards, the occupancy rate of the piles is optimal, which is beneficial for customers of companies that operate them, according to Allego.

In addition, the company uses data from its charging stations to see where demand is greatest and where it is time to expand. With the estimated EUR 702 million in proceeds from the IPO, Allego expects to be able to finance part of the expected growth.