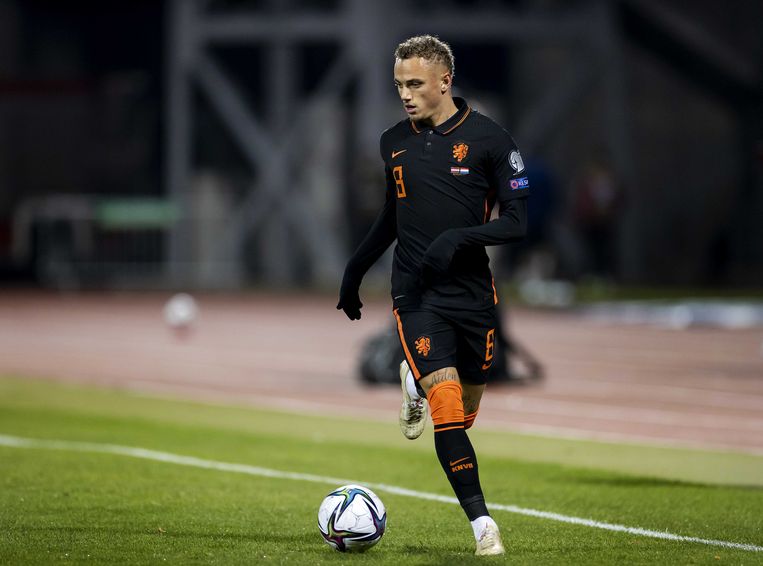 The Netherlands football country belongs to the Dutch School. From technical football. Of attacking drive. Of eternal loyalty to the 4-3-3 formation. And, therefore, also from the wingers. But at the moment, the relationship between the Orange and its wing tips is mainly one of seeking. The international debut of Club Brugge star Noa Lang has expanded the huge list of players who made minutes on the Orange flanks in the past four years.

The ongoing Orange search for wingers started on October 10, 2017. On that day, the Dutch national team not only missed out on World Cup qualification, but also said goodbye to the best winger it has ever had. The duel with Sweden (2-0) was Arjen Robben’s last international match.

Where Robben left a gap that could not be filled one-on-one on the right flank, the Orange also lost the permanent left winger not much later. From March 2018, Memphis Depay no longer played the majority of his international matches as a left winger, but as a center striker.

Finding suitable successors on the flanks has proved very difficult. After Lang’s debut, the counter stands at seventeen wingers who have had minutes in Orange since Robben left. And that while the Dutch national team did not start with wingers in no less than 10 of the 42 international matches, but in a 5-3-2 formation.

That list includes well-known names such as Steven Berghuis, Quincy Promes, Ryan Babel and Steven Bergwijn. But also future quiz answers from the difficult category like Javairo Dilrosun, Myron Boadu and a returned Eljero Elia. There is even room for forgotten football memories such as those international matches where Donny van de Beek, Ruud Vormer and Georginio Wijnaldum had to help out as a ‘false’ winger.

The statistics are not favorable to this seventeen-strong club of wingers. Memphis Depay (5 goals) has been the most scoring winger at Orange in the past four years, and that while he only played eight games as a left winger in that period.

The other wingers have considerably more trouble scoring for the Orange. Three wingers have played on the flanks more than twenty times since October 2017: Quincy Promes (24 international matches), Steven Berghuis (22) and Ryan Babel (20). The fact that their goalscorer stands at two, two and three goals respectively in this period, makes it clear why the search on the Orange flanks is still going on.

However, there is also some hope in the numbers. The club statistics of the new guard Orange wingers are excellent. Cody Gakpo (22), who is missing from Gibraltar due to a concussion, leads the Eredivisie this season in assists (6) and is, next to Feyenoord Luis Sinisterra, the only Eredivisie player who has an average of above 2 in terms of shots, successful dribbles and created chances. 5 per game.

With 27 successful dribbling actions in 10 matches, Noa Lang is the dribbling king of the Belgian league and with 3 goals and 4 assists is the player who is directly involved in the most goals at Club Brugge. In the Spanish top league, developmental wonder Danjuma is now fourth on the top scorers list, and only Karim Benzema takes the goal under fire more often than the Dutchman. The search continues, but it is certainly not hopeless.