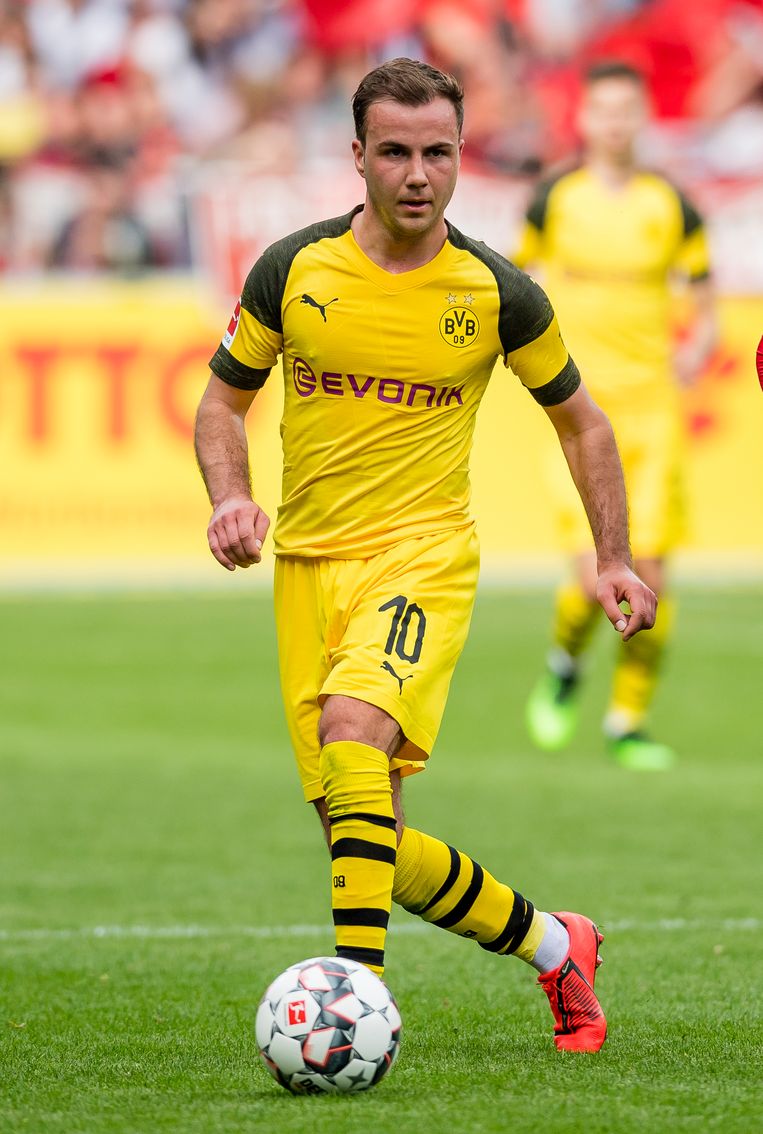 It remained quiet on the transfer front in Eindhoven for so long that many PSV fans became quite restless. Was their club going to do anything else? Or did the resurrection after a disaster season have to come entirely from the thoughts and training methods of the new German coach, Roger Schmidt?

But then there was a classic Tuesday night image there. Expensive car near the stadium. Sporty looking type on the passenger seat. Illuminated boardroom. The fanfare started and tadááá: PSV suddenly had the biggest fish on the hook. Well, at least name wise. Mario Götze, nicknames Supermario, Götzlich and Wunderkind, decider of the 2014 World Cup final and only 28 years old, signed with PSV for two years. He was transfer-free, that too.

It was the highlight of a productive transfer week in Eindhoven. PSV also reached a lease with Bayern Munich over Adrian Fein and for the fourth time with Chelsea over Marco van Ginkel. A week earlier, Ibrahim Sangaré was bought from Toulouse for 9 million.

Is PSV the big winner on the transfer market of the Dutch top clubs? It depends on how you look at it. Ajax collected more than 100 million euros, thanks to the sale of Ziyech, Van de Beek and Dest, and knew that it would never immediately recover the same quality for 40 million euros. Newcomers Antony and Kudus impressed with their dribbling, speed and passing movements, and at the eleventh hour, prodigal Davy Klaassen returned to add experience and punch to the midfield.

Feyenoord especially celebrated the retention of Steven Berghuis on which it is so unimaginably dependent, but the striker so desperately desired by coach Advocaat did not come. The most expensive purchase, Francesco Antonucci (over 2 million), ripens further at Volendam.

AZ hired Bruno Martins Indi at the last minute, but did not take any extreme frills. It expects the young group of players to develop further and made about 10 million profit through the sale of winger Idrissi.

PSV is suddenly the team to be most curious about. It went too badly last season, too colorless was the start under pressing coach Schmidt.

Something had to be done and there was something to be spent. PSV sold the entire vanguard for around 90 million euros in the past eighteen months. Initially, investments were only made in solving the chronic left-back problem by raising Philipp Max for 8 million. That seems like a direct hit. But the new goalkeeper Yvon Mvogo immediately made two unimaginable blunders and the new striker, Eran Zahavi, was already 33 years and yet completely unknown.

Technical manager John de Jong got the laughs on his hand. Last season PSV went legendary wrong with Bruma, Baumgartl, Doan, Lato and Afellay. All have already been dismissed by Schmidt. But Mvogo recovered and the eager Zahavi guided PSV directly to the group stage of the Europa League.

In the past week, the accelerator was seriously pressed in terms of transfers, as Schmidt hopes to see from his team on the field. So with Götze as a great eye-catcher. He flirted with Hertha BSC which could provide him with almost half of his usual annual salary of ten million a year. But Hertha does not play European football and the sports aspect prevails over the financial at Götze, he said earlier Bild.

He was in constant contact with fellow countryman Schmidt, who informed him about PSV’s plans, about the attractive work climate in Eindhoven. Götze’s wife is from Emmerich, not far from the Dutch border. “She is very happy with it,” said Götze on the PSV site.

He is a bit done with the extreme focus of the German media. In fact, Götze peaked before he scored the only goal as a substitute in the World Cup final against Messi’s Argentina at the age of 22. SuperMario was long seen as The Great German Hope after a raging debut with Borussia Dortmund and the national team, but at Bayern Munich and later back in the Dortmund lap, he was unable to achieve this, partly due to injuries.

‘Small, good dribbler, who can score goals and give assists. Not a great runner, but technically strong and tactically smart. Really a footballer that I love, ‘says Rafael van der Vaart, who had a similar breakthrough and played in Germany for a long time. Together with Özil, he changed the face of physical German football. Götze was a real hype, also because he is a sympathetic, cheerful type. ‘

Van der Vaart is curious about Schmidt’s plans for Götze. Schmidt strives for an intensive playing style. Götze was often a bit fat, but I hardly recognized him in the photo that PSV brought out, he has such a narrow head now. He will need that, although I think that such a footballer comes into its own especially if you build a team around him. That also applies to Ihattaren. ‘

The latter can become the child of the bill. Van der Vaart would consider that ‘a shame’. ‘He is by far the best at PSV. I think: line up your best footballers. But hardly anyone thinks that way anymore. They just have to run and fly these days. Actually, Götze and Ihattaren were born a little too late. ‘