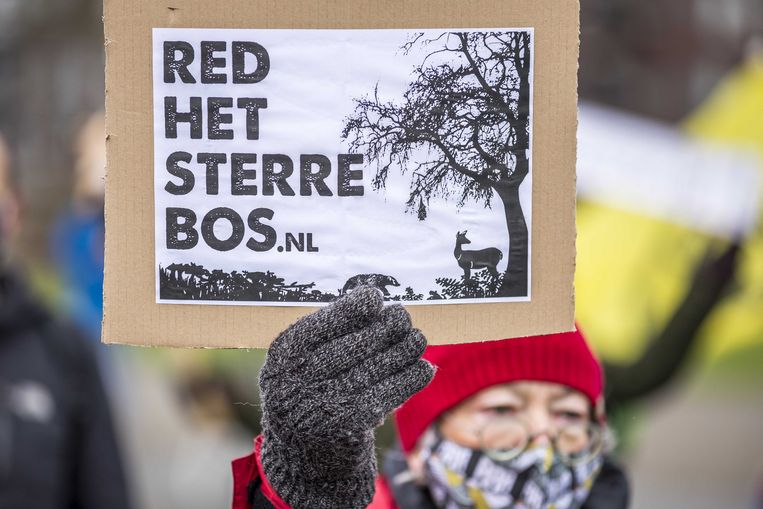 The employment of 12 thousand families or the preservation of a forest with trees, some of which are two centuries old? It is a classic battle between economy and nature, this Thursday before the Council of State. The highest administrative court is dealing with the objections of activists against the expansion of the VDL Nedcar car factory in Born. A large part of the nearby Sterrebos would have to disappear.

The importance of a second production line is very great, emphasizes VDL CEO Willem van der Leegte, who came to The Hague himself. The car factory employs 4,200 people, while the supply companies have 8,000 employees. ‘We want to secure the future of 12,000 families, with respect for the living environment,’ says Van der Leegte.

According to the objectors, it is rather disappointing with that respect. ‘Cutting down ancient forests is out of date. That only happens in the Amazon’, says Dirkjan van der Hoven on behalf of De Groene Sporenwolf (DGS). The foundation is committed to the living environment of Nieuwstadt, a town with 3,200 inhabitants near the Sterrebos. The Sevon bat foundation is also protesting the expansion plans in the narrowest part of Limburg, where Belgium and Germany almost touch each other.

The lawsuit comes at a sensitive and critical time. Because the car assembly plant has been diligently looking for a new client since the announced departure of BMW, which will be completed at the end of 2023. Previously, the future seemed secured with the arrival of the American company Canoo as a customer. It wanted to make electric minibuses in Born. But Canoo dropped out.

At the end of last year, a new candidate presented itself. Rivian, also an electric car maker, also from the United States. The company would even like to take up two production lines in Born: one for pick-ups and SUVs, and one for delivery vans. VDL Nedcar, which had previously submitted expansion plans to make the car factory ‘future-proof’, was suddenly in a hurry. Because Rivian is also looking at a location in Bristol. British Prime Minister Boris Johnson is trying to placate the Americans with an attractive investment package.

And so the judge actually has to decide on Nedcar’s future. And about the future of Sterrebos, a small, wild forest of seven hectares that borders the site of the car factory and was planted in the 18th century as a woodcutting forest for Wolfrath Castle.

According to Nedcar, about 160 trees have to be cut down for the expansion plans. The De Groene Sporenwolf Foundation and the bat foundation find this unacceptable and approached the Council of State. In recent months they have received support from a motley crew of other action groups and environmental organizations, united under the name: Save the Sterrebos. Last Saturday, about 150 activists, dressed as bats or butterflies, still campaigned against the felling of trees.

For the Council of State, VDL CEO Van der Leegte underlined on Thursday how sustainable Nedcar is. ‘The importance of ecology has weighed heavily,’ he declares. ‘Extensive nature compensation’ has been and is being done. Sustainability is in the company’s DNA – it is not for nothing that the car factory is in talks with a producer of electric cars.

He tells about the moment, now ten years ago, when his father Wim van der Leegte heard on the news that Mitsubishi pulled the plug on Nedcar. He couldn’t fall asleep at night, says son Willem. “How can we just let this happen?” he thought. Father Wim sent a text message to the then director of Nedcar that same night. The rest is history: VDL saved Nedcar, BMW was brought in and the number of employees in Born grew from 1,450 to 4,200.

Pearl of the industry

Nedcar is ‘a pearl of the industry in the Netherlands’, says the VDL CEO for the Council of State. ‘From no chance in 2012 to promising now.’ He even speculates about further employment growth. Unfortunately, some trees have to be cut for that. ‘We wait until the last moment to cut trees’, says Van der Leegte. ‘We only cut down if employment has been secured.’

The representative of the province of Limburg, which issued the permits, also underlines the enormous economic importance of Nedcar. ‘It is a large and innovative company that the province would like to keep’, she says.

According to objector Dirkjan van der Hoven, the province and Nedcar have not looked sufficiently at alternative solutions, whereby the Sterrebos could be preserved. In the narrowest part of the Netherlands there is already an enormous amount of industry, he believes, which means that the residents are increasingly threatened: ‘It is about protecting our quality of life.’