In short, the answer to the above question is simple: because the heck cattle do not have the mandatory registration, which is there for the konik horses and which is not necessary for red deer.

Before we go deeper into that registration, let’s first explain the reason for shooting the large grazers. The province of Flevoland wants special bird species to return to the nature reserve. These birds used to be found in the Oostvaardersplassen, but because the number of large grazers increased over the years and therefore a lot of vegetation was eaten, those birds have disappeared.

Of the 2,400 red deer that now live in the Oostvaardersplassen, about 1,900 have to be shot. The number of heck cattle must also be reduced by 40 and 240 konik horses must disappear from the area.

More than two hundred horses are eventually slaughtered, after which the meat is sold. But before the horses can be taken out of the nature reserve, they must first be microchipped.

All horses must be microchipped within nine months of birth, but an exception applies to horses in designated nature reserves. Those animals may be registered when they leave the nature reserve and are subsequently transported and slaughtered. 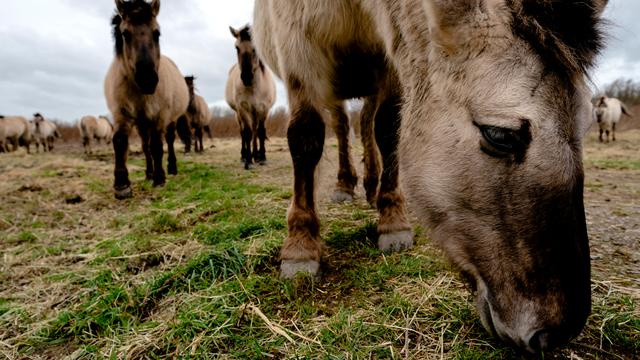 The konik horses are registered before they leave the Oostvaardersplassen and go to the slaughterhouse. (Photo: ANP)

Registration is also required for beef. The rules for cattle are much stricter than for horses. For example, a calf must be registered within three working days of birth.

An exception can be made for animals in nature reserves, but that does not apply to the heck cattle in the Oostvaardersplassen. “Until two or three generations ago, it must be clear where they lived and who the ancestors are for cattle. You would then have to herd the herd together and still earmark. This never happened in the Oostvaardersplassen and so those cattle cannot be consumed. are offered, “says a spokesman for the Forestry Commission that manages the nature reserve.

The legislation for cattle is also much stricter in that area than for horses, says the spokesman. According to the Dutch Food and Consumer Product Safety Authority (NVWA), an important reason for this is that horses are usually not kept for slaughter. “While cattle are usually kept for the meat or the milk,” said an NVWA spokesperson. 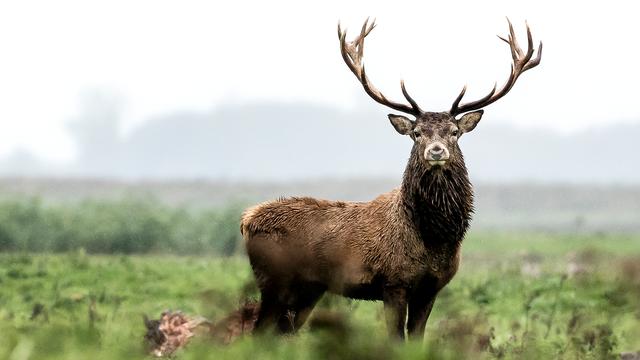 Cadavers of horses and cattle are cleared away

Different rules apply to the red deer shot in the Oostvaardersplassen. That meat is sold as game. However, the safety of the meat must be established before it is sold.

Some of the red deer that have been shot off remain in the Oostvaardersplassen in order to attract scavenger animals and thus promote biodiversity. The culled cattle are taken to a rendering plant. In the past, the Forestry Commission has agreed with the Ministry of Agriculture, Nature and Food Quality that it will remove dead heck cattle and konik horses from the Oostvaardersplassen.