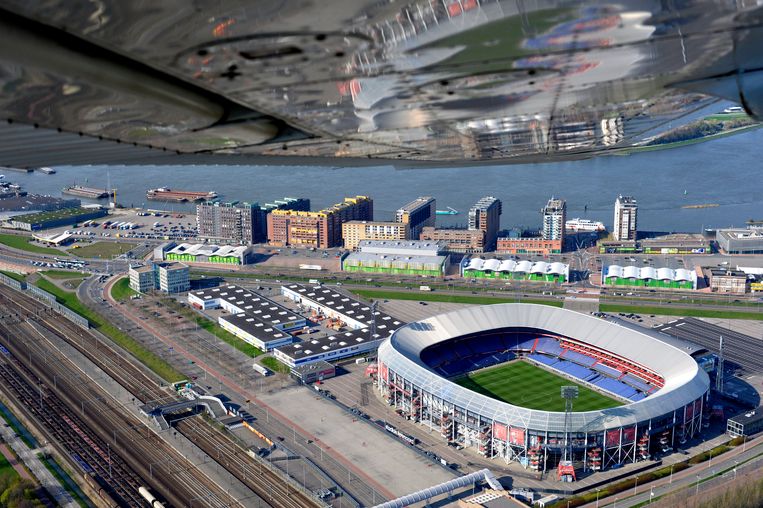 Pieter Nieuwenhuis is missing a sloppy 100 million euros. The director of consultancy Hypercube has looked for them in Feyenoord City’s business case, but he can’t find them anywhere. And that 100 million is needed to complete the deal: not to build the stadium itself, but to let Feyenoord play better.

In recent days, it has mainly been about the costs for the stadium itself, which are considerably higher. According to Feyenoord, the construction would cost 180 million euros more than the maximum amount of 444 million euros that the club wants to allocate. For that reason alone, the plan has been shelved, but Nieuwenhuis believes that another aspect should also be reconsidered.

“You cannot separate football and the stadium,” says the football consultant, who is or has been involved in many stadium plans of Dutch clubs. All those plans are different in design, but ultimately have the same goal: to generate more income for the clubs, so that they can make a sporty leap or remain competitive.

But the other way around is just as true: for the stadiums to be profitable, the clubs must reach a certain level. This can also be read in the plans of Feyenoord City: they are based on spectator numbers that are higher than those in the Kuip at the moment. And in order to achieve that, the level of Feyenoord has to be raised structurally.

‘But I don’t see anywhere in the public documents how that should be done,’ says Nieuwenhuis. The boss of Hypercube is a man of numbers. He knows a lot about the financial potential of clubs, turnovers and player budgets. In this way he can also calculate how good a selection must be to draw a full stadium, and how much it should cost.

‘In this case it is about 200 million euros’, says Nieuwenhuis. According to him, Feyenoord needs a selection of that value to perform at the desired level. A big difference with now, because at the start of the season the value was 80 million. For comparison: PSV is already around 200 million, Ajax around 350 million.

That does not mean that Feyenoord has to pump more than 100 million euros in cash into the selection. There are also other ways to boost the value. ‘Due to the good performances recently, it is already more than at the start of the season’, says Nieuwenhuis. ‘If it continues like this, Arne Slot deserves a small statue in South.’

But according to him money is definitely needed to be able to invest in the team: about 12 million a year, and that over a period of 5 to 6 years. ‘Maybe that money is there or Feyenoord is working on it.’ He also reads in the media about conversations with investors, whether or not from America. ‘But I don’t see it in the plans for Feyenoord City. And so I cannot judge whether it is feasible.’

Nieuwenhuis is not against Feyenoord City, he says several times. According to some, he has the appearance against it because he is involved in the alternative plan to modernize De Kuip. “But whatever plan it becomes, this story must become clear.”

The alternative project is hundreds of millions cheaper, but will still cost about 250 million euros. And there must also be money to strengthen the selection. But according to Nieuwenhuis, this double quest for money does not have to be mutually exclusive.

“People and companies who invest in stadiums are different from those who invest in players,” he explains. For a players’ fund you can turn to wealthy Rotterdammers with a Feyenoord heart, or specialized investment companies. And not at companies such as Philips and Grolsch, who entered the Arena as founders.

But that 444 million euros for Feyenoord City is an enormous amount, and then there is now also 180 million euros on top. ‘There is a rule of thumb that a stadium may cost about 2 to 2.5 times the turnover of a club,’ says Nieuwenhuis. Feyenoord currently works with a budget of about 70 million, according to the plans that it would grow to 130 million. At about 325 million euros for a new stadium in South it ends.

Nieuwenhuis does believe that it is possible: a new or renovated stadium and a better performing Feyenoord. The financial gap with, in particular, Ajax has grown enormously in recent years and the question is whether that can still be bridged. It will certainly take years. “But if you look at the potential, there is one club in the Netherlands that has the best chance, and that is Feyenoord.”