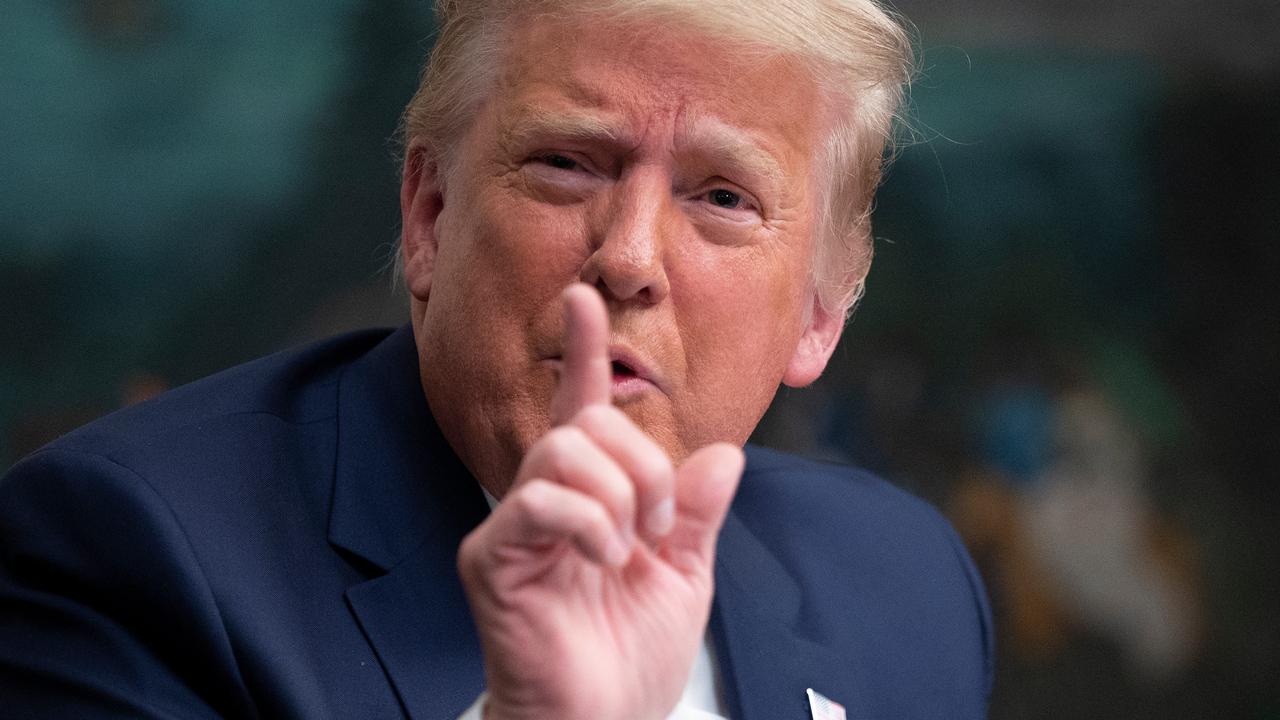 US President Donald Trump announced on Friday that he respects the election results and that the transfer of power will proceed smoothly. Is it a realistic scenario for the last 12 days of his presidency to pass without surprises? And what problems could Trump cause now that even most Republicans have condemned his actions?

Trump came on Friday morning (Dutch time) with a video in which he says he is participating in a peaceful transfer of power. However, for America expert Kirsten Verdel, who worked for Barack Obama’s campaign in the past, there is no doubt about it. Trump himself doesn’t believe a word of what he says in that video, she thinks.

“He’s just doing this to secure his position as far as possible and perhaps avoid impeachment. Trump always wants everyone to be loyal to him, but that’s a one-way street. Trump is always only loyal to himself.”

That impeachment can take place through impeachment or the activation of the 25th Amendment, which can be deployed when a president is no longer able to rule. The Democrats in the House of Representatives have announced that they will start impeachment proceedings next week.

If Trump is not impeached – the most likely scenario – he will still be president for just under two weeks and in principle he can still use all the powers of his presidency, says Verdel.

“For a lot of decisions that can have quite a lot of consequences, he does not need – on paper at least – support from Congress. Think of appointing some judges, or issuing decrees (a kind of law that does not need to be adopted by other politicians. approved, ed.), or if necessary fire a few missiles at Iran as commander in chief. “

Verdel says it is wiser for Trump to keep quiet, to prevent his party members and Vice President Mike Pence from turning against him further and pulling out one of the mentioned options for an early departure in recent days.

“Between the lines, you heard Republican Senator Lindsey Graham, normally a close ally of Trump, say that too. He argued that impeaching Trump is inappropriate at the moment. The firing of missiles or other diversionary maneuvers will not be accepted now. “

According to Verdel, the Republicans have been weighing up the best step in their own interest for four years after every unexpected action by Trump. “On paper, national interests should come first,” she outlines. “But in practice, politicians are concerned with what actions they can use to secure their own re-election, so how you can best placate the citizens in your own state. After that, the party will follow, and only then will the national interest be in third place.”

She sees this theory confirmed in the doubt of the Republicans now to dismiss Trump. “If you don’t send someone away who has caused the heart of democracy to be stormed, what is someone going to do to make it happen?”

Presidents often push through plans in the final phase

At the same time, it is partly in line with a tradition that in the last weeks before their resignation, American leaders are still quickly pushing through by decree some things that they have not been able to accomplish for the rest of their presidency because they could not find a majority in the senate or the House. That is what political scientist Koen Petersen argues, often as an expert guest News hour. “For example, Clinton and Obama issued decrees to protect whole areas of nature,” he cites as an example.

“That way you can quickly get things done that you couldn’t get your hands on during your term. Or you can settle old political scores.” In the case of Trump, this concerns, for example, the pardon he has granted to a large number of protagonists of the Russia investigation who have been convicted. “That is very clearly a middle finger to the Democrats who have been chasing him with that investigation for four years.”

A major stumbling block that the Trump camp has raised for Biden is new regulations for the environmental agency EPA. “A new standard has been created there that requires that scientific research only counts as evidence if the sources of that research are public,” says Petersen. “In practice, this means that a lot of environmental legislation and regulations can be removed because they are based on anonymous data due to privacy regulations.”

Of course, Biden can reverse these kinds of rules. “But experience shows that introducing rules is much easier than reversing,” explains the scientist. “Biden will have to choose what he wants to spend his time and energy and money on in his first months. Then the emphasis will still be on his biggest priorities: economy and the fight against corona.”

Is Trump pardoning himself or fleeing?

It remains to be seen what Trump’s ultimate end game will be, both experts say. “It is a possibility that he will pardon himself,” says Verdel.

“But the experts are not sure if a president can do that; it would be the first time and he would put himself above the law. Moreover, Trump will only be cleared of his federal crimes. And the biggest problem he has right now with the New York State Attorney. “

Petersen read in in 2017 The Financial Times all the suggestion that Trump could fly to Moscow on the last day of his presidency to get out of the charges against him. Russia does not have an extradition treaty with the US. “A final like that would fit in with his presidency,” laughs the American expert.

“In principle, the Air Force pilots of Airforce One should do everything the commander in chief instructs them to do. But I wouldn’t be surprised if a safety valve is installed that they must first consult with the Pentagon if something like this happens. there also when Nixon was less stable in his last days, for fear that he might start using the nuclear codes. “