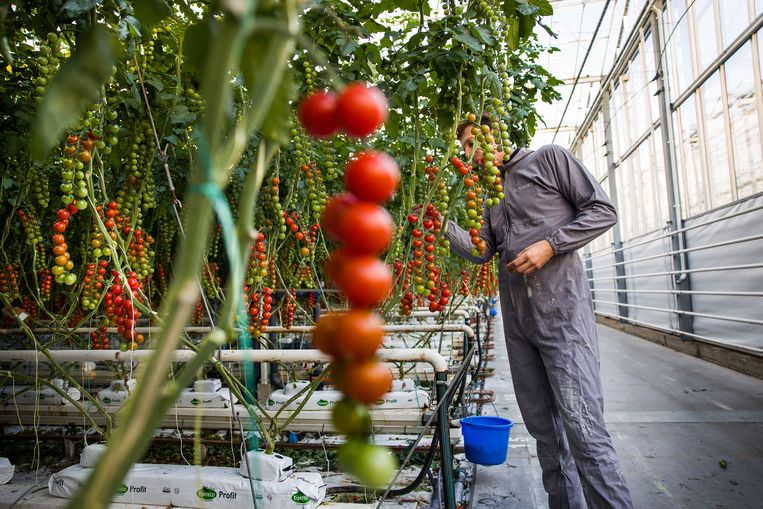 Klaas Dozeman is actually more of an adept of the down-to-earth Theo Reitsma school of commenting on sports (‘Rensenbrink against the post’), but on Wednesday the Jack van Gelder came up in the market analyst of the Hague trading house Brainchild Capital Investments. “I don’t like to use big words, but there’s a lot of madness at the moment,” Dozeman said on Wednesday about the gas market crash.

On Tuesday, the gas price had already crushed the barrier of 100 euros per megawatt hour for the first time, with a close of 116 euros. That was almost eight times what energy traders paid a year earlier for Europe’s most important gas contract, the Dutch TTF Gas Futures. But on Wednesday morning, gravity seemed to have completely disappeared from the gas market, just like from the electricity market, by the way.

There was, however, little evidence of calm in Dutch electricity prices. The – albeit usually very erratic – prices on the spot market, where hourly prices are traded, coolly rose from one record – 184 euros per kilowatt hour on Tuesday – to a new record of 302 euros, an increase of no less than 64 percent in one day. This represents a ninefold increase since the fall of last year.

There is a whole world behind all this numerical violence. The Vierpolder vine tomato grower Joost van der Voort is concerned about the sky-high gas and electricity prices. ‘Our tomatoes need heat to grow well in the greenhouse. Normally, the energy bill already accounts for 20 to 30 percent of our cultivation costs, but now that the gas price is eight times higher, it is almost no longer profitable to grow greenhouse vegetables.’

Fortunately, a few years ago, Van der Voort joined forces with a number of fellow growers and created a kind of mini trading floor, where nine employees keep an eye on the energy markets to buy gas at the right time. It is an unexpected side of greenhouse horticulture – the horticulturist as energy trader. ‘We were able to hedge nicely by buying part of the gas in advance when the price was still low. But there are also companies that have not. They are very worried now – can I still bear these energy costs?’

Arjen Leenhouts, director of the Hoevelaken energy consultancy Hellemans Consultancy, also recognizes this. ‘If you as a company have not properly covered yourself, you will now become very restless. The emotions predominate – that’s why the price is soaring right now. This has nothing to do with a real game of supply and demand. It shows once again how important a good purchasing strategy is.’

Leenhouts’ consultancy firm, whose clientele includes 6,000 schools, 180 municipalities and many companies, covered itself by buying years’ worth of gas in advance. ‘I have already purchased gas for the year 2025 for several companies. Last year the prices of futures contracts for gas were still so low, we couldn’t go wrong with that.’

Those who now have to venture into the turbulent waters of the gas market, in pursuit of the least unfavorable contracts, must meanwhile also have to deal with the white sharks among investors: hedge funds. Speculators smell blood because of the high energy prices, says Dozeman. ‘Hedge funds are now entering the gas market in large numbers because the price moves so much. With their smart algorithms, they buy and sell large amounts of gas at just the right time. For them it is now nice and easy to earn money.’

All this speculation has only caused energy prices to rise further. “The worst part is that the bill eventually ends up with the common citizen,” says Dozeman. ‘He also just has to pay his energy bill, and that now threatens to go up enormously. There are investors who make billions from the current state of the market, but most of the costs are ultimately borne by people with a narrow wallet.’