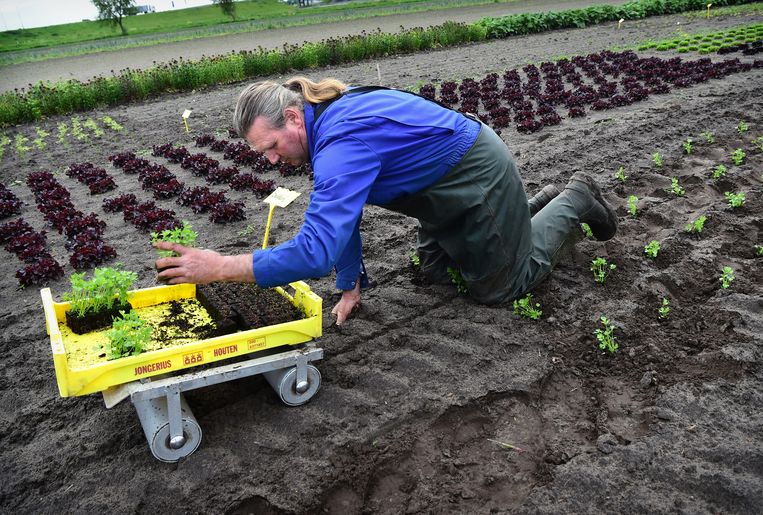 At least this is the conclusion of researchers from Wageningen University in a study of which only the summary was released on Tuesday. The European Commission and GroenLinks MEP Bas Eickhout immediately reacted very critically to the results. According to Eickhout, all kinds of things are left out of consideration, which means that this study ‘mainly serves the interests of keeping everything as it was’. According to him, ‘a lobby in which the farmer of the future has no interest’.

The Wageningen research on the consequences of EU policy for arable farming and horticulture was commissioned by CropLife, the Brussels lobby group for the producers of pesticides and fertilizers. On behalf of CopaCogeca, the international lobby group for farmers, Wageningen will come up with similar conclusions on Wednesday about the consequences of the new policy for livestock farming.

The so-called Farm to Forkstrategy (also called Farm to Fork) is part of Timmermans Green Deal. This extensive collection of plans from the European Commission aims to resolve the climate and biodiversity crisis on the continent. To help achieve this, agriculture must use 50 percent less pesticides and 20 percent less fertilizer by 2030. A quarter of agricultural production must also be organic.

The Wageningen researchers calculated the effect of this policy on the basis of 25 different farms spread across the European Union. Johan Bremmer of Wageningen University expects an average production decrease of between 10 and 20 percent. The quality of some products will also decrease, because they are more vulnerable to pests due to less crop protection. As a result, significant agricultural land outside Europe is needed to maintain the continent’s food supply.

Emeritus professor and agricultural economist Dirk Strijker of the University of Groningen, who is not involved in the study, is not surprised by the initial results of the study. It is to be expected that the European measures will put further pressure on the farmer’s income, and with it the number of farmers, he says. ‘The measures will reduce the production of one hectare, which will also increase the food price’, says Strijker. ‘This particularly affects the people who are already behind single glass with a high gas bill.’

European Commissioner Timmermans, who pointed out the shortcomings of the underlying models in a comparable German study last week, was unable to respond directly to the latest research on Tuesday. A source within the Commission says: ‘These studies underestimate farmers; they assume that they will stop innovating. And that Farm to Fork is nothing more than a set of goals without accompanying measures and support.’

MEP Eickhout sees this too. According to him, we are on the eve of a fundamental transition of our food system. In which not only environmental targets are set, but also the way of production and the demand for food will change enormously. ‘That’s where the Green Deal about,” he says. ‘As far as I can see now, this study completely ignores that social change.’

Bremmer of Wageningen University acknowledges the limitations of his research. ‘It is good to realize that the European strategy is intended to achieve benefits in terms of climate and biodiversity,’ he says. ‘In this study (into the economic consequences, red.) those benefits have not been included.’

Eickhout, in turn, agrees that in the current system, which is based on intensified and cheap food, with the Farm to Fork-measures for some of the crops will reduce production, and thus the income for the farmer. “But we already know that, and that’s where the political task begins.”

According to Eickhout, the entire food chain must be converted. ‘New revenue models are crucial, so that farmers can still earn a living, even in a sustainable agricultural system, and innovation can get underway’, he says. ‘We have to pay farmers for the nature services they provide and supermarkets must pay decently for sustainable food. That also means using EU money differently.’