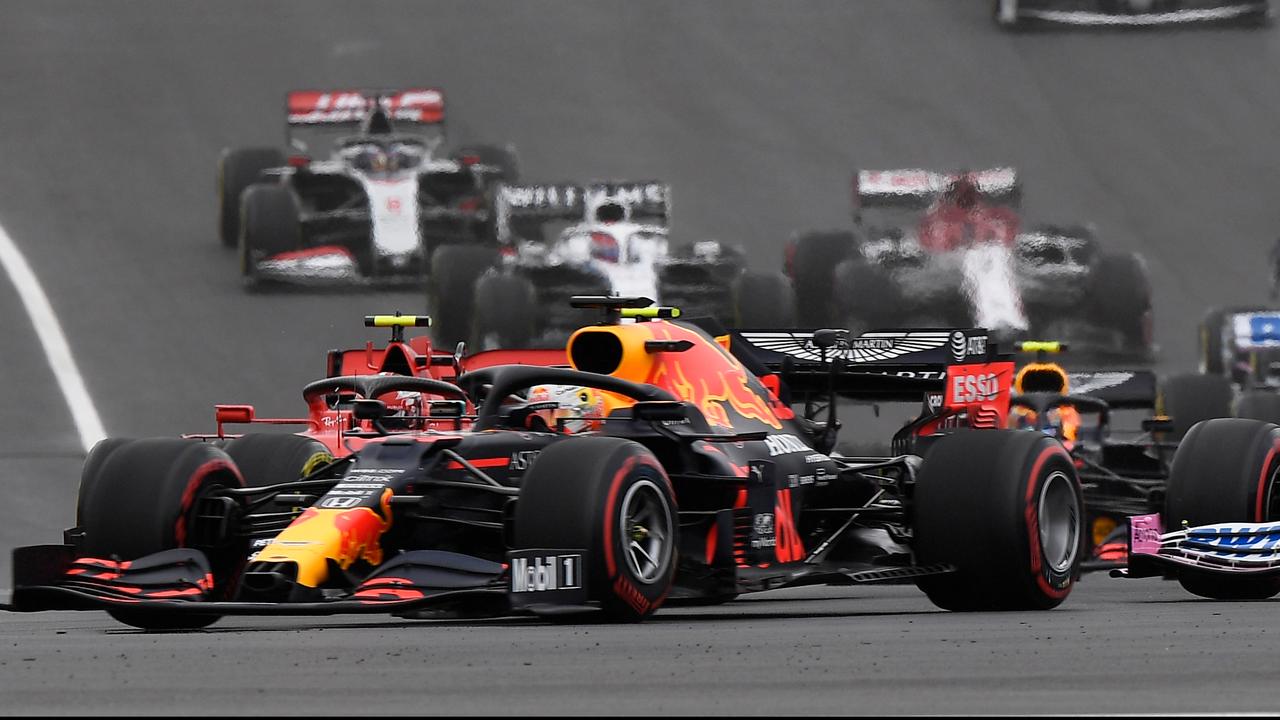 For Verstappen it is his ninth podium of the season. After every race in which the Red Bull driver reached the finish, he was on the podium.

In Portugal, where it occasionally rained slightly during the race, Verstappen could not make it difficult for the two Mercedes drivers. Valtteri Bottas was in the lead in the opening phase, but had to let Hamilton pass after twenty laps.

The 35-year-old Briton made history by driving Formula 1 legend Schumacher’s record from the books. With five races to go, Hamilton is more than eighty points ahead of Bottas in the World Cup standings, bringing his seventh world title closer and closer.

Mercedes can secure the seventh consecutive manufacturer’s title at Imola next week. Except for teammate Bottas, Verstappen and Ferrari driver Charles Leclerc, Hamilton managed to put everyone on a lap.

Due to light rain and a lack of grip, the start in the Algarve was very chaotic and there were many position changes in the first laps. Verstappen initially passed Bottas and briefly finished in second place. Then he was again overtaken by the Finn and by Sergio Pérez, who spun around after a touché with the 23-year-old Limburger and ended up at the back of the field.

After an investigation by the stewards, the moment was dismissed as a racing incident, allowing Verstappen to escape a penalty. He did fall back to fifth, because McLaren drivers Carlos Sainz (from seventh to first place) and Lando Norris (from eight to four) had a super start.

Sainz held the lead until the fifth lap, after which Bottas, Hamilton, Verstappen and Ferrari driver Charles Leclerc came alongside in quick succession. The two Mercedes drivers quickly made a gap of more than ten seconds with Verstappen.

Hamilton was less affected by tire wear than Bottas and managed to pass his teammate on the twentieth lap, taking the World Cup leader back in the lead. Shortly before, there was a touché between Lance Stroll and Norris, which left both behind the field and the Canadian was given a five-second time penalty.

Verstappen was the first of the top three to make a pit stop and fell back to sixth place, but managed to get back to third place. The Mercedes duo was able to continue for a lot longer and after about forty of the 66 laps had their tires changed without losing places.

For the remainder of the race it was clear that Hamilton was on his way to victory and the difference between number two Bottas and Verstappen was also big.

Verstappen’s teammate Alexander Albon, who was told earlier this week that he must perform better to keep his seat, had another weak race. The Thai was put on a lap by Verstappen and finished in twelfth place outside the points.

The superior Hamilton drove to victory with a lead of twenty seconds and crowned his record victory by also recording the fastest race lap.