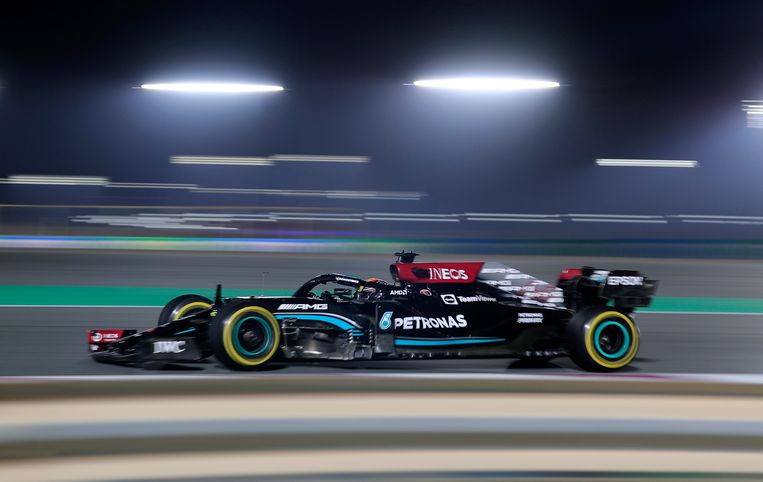 With two races to go, the difference between Verstappen and Hamilton is eight points, which means that Verstappen can become world champion at the next race.

An hour and a half before the race it didn’t look like he would still have that margin compared to Hamilton, when the Dutchman was moved back five positions from the starting grid. He and two other drivers had failed to brake sufficiently in a dangerous situation in qualifying after Alpha Tauri driver Pierre Gasly parked his car on the straight due to a puncture.

This made a difficult weekend for Verstappen only more difficult. In qualifying, just like in Brazil, he saw an unapproachable Hamilton. The Mercedes was again faster than the Red Bull and Verstappen looked resigned after qualifying. “We were just too slow,” he said. He did not know at the time that he was also facing a grid penalty.

The race mainly asked for the peace of mind that he has shown all season, so as not to run into a huge blow in the title fight in Qatar. He passed with flying colors. From seventh place, Verstappen reacted very quickly to the extinguishing of the red lights at the start. Immediately he won several places and he stopped his advance at just the right moment, when Fernando Alonso suddenly sent his Alpine car out.

Within five laps he was back in the position he thought he would start just before the race: second. Hamilton was already out of reach for the Dutchman at that time. After half a race, Verstappen had seen it. “Let’s have a little fun, we’ll be second anyway,” he said relaxed to his team over the on-board radio. He then drove considerably faster laps. It turned out especially for the stage. He never came close to Hamilton.

Mercedes then took no risks and called Hamilton in for pit stops, right after Verstappen’s stops. So the two continued to drive on the exact same strategy, removing the last bit of tension from the race. Verstappen, who still scored the point for the fastest lap, saw Hamilton get closer to the World Cup position for the second race in a row.

All this did not alter the fact that Verstappen can become the first Dutchman ever to become Formula 1 world champion on paper at the next race in two weeks, in Jeddah in Saudi Arabia. Hamilton would most likely have to retire and Verstappen would have to win the race on the brand new track, which will be used for the first time by Formula 1. It seems like a fictional scenario, but in one of the most exciting F1 seasons in decades where nothing can be predicted, anything is possible.