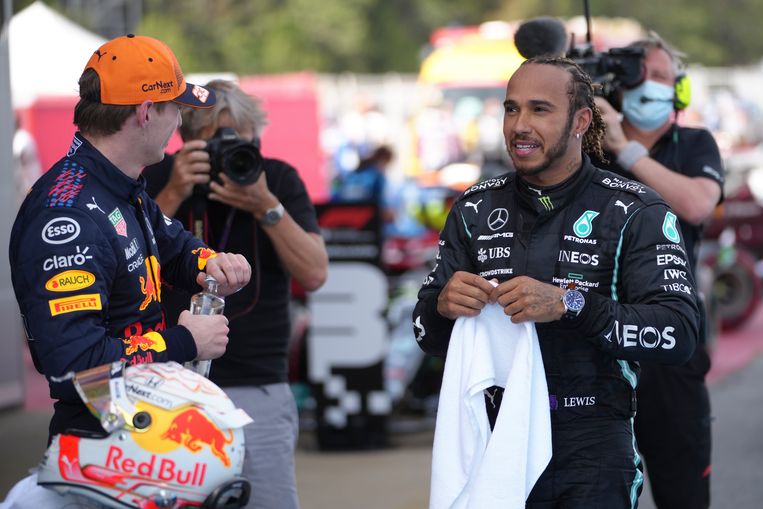 It was a short, clear analysis by Max Verstappen about the on-board radio, after 66 laps of unbridled racing in the Grand Prix of Spain. “We’re just too slow,” he confided to his team. In a race in which he actually did nothing wrong, it became clear that Lewis Hamilton simply has the better car at the moment. Just like a week earlier in Portugal, the Briton was the only one faster than Verstappen in his Mercedes on Sunday.

In advance, Verstappen had highlighted the race in Spain as one of the most important indicators for the rest of the season. The fast track in Barcelona has long straights, stretches and tricky corners. To be successful, a car must be strong on all fronts. “If you have a good car, you will go fast here anyway,” said Verstappen prior to the weekend.

It explains why Mercedes has been unapproachable in Spain since the start of the hegemony of the German racing stable in 2014. Except for one year, in 2016. Both Mercedes crashed then on the first lap. What followed was Dutch and global motorsport history. The 18-year-old Verstappen drove to his first victory in his very first race for Red Bull.

On Sunday, Verstappen started his hundredth race in the service of the top team on the same asphalt. The milestone underscored the growth that both himself and his team have experienced in five years. In his first race win, he was the sometimes drunken racing teen debuting for a team struggling to play a supporting role after four titles in a row.

Last weekend, Verstappen traveled to Barcelona as the man who, together with seven-time champion Hamilton, leads the race in the premier class. He owns a car that gets more world title every year. Last season, Hamilton was still more than seven tenths of a second faster in qualifying in Barcelona. On Saturday there were 34 thousandths left.

It was just not enough, it turned out in the race. Verstappen knew in advance that the 600 meters to the first corner was crucial. If Hamilton got ahead of him, it became difficult to overtake him afterwards. The two left their place almost simultaneously and drove side by side about fifty meters before the bend, with Verstappen on the inside. Verstappen won the game of bluff poker by braking last to earn the lead, Hamilton pulled out to avoid a crash.

In the more than twenty laps that followed, Verstappen was only unable to drive away from Hamilton. After the first pit stops, where Verstappen and Hamilton switched to the harder, yellow tires, the Mercedes was clearly faster. At the same time, Verstappen was told that he had to finish the race on the same rubber, so he also had to race somewhat carefully.

With that, Mercedes suddenly had a book full of strategies in hand to rob Verstappen of the lead. Hamilton’s teammate Bottas was still in a promising position behind the title competitors, allowing the team to bet on two horses. That was not the case for Red Bull. Verstappen was on his own, because his teammate Pérez was far behind him due to a bad qualifying.

The situation was similar to the Hungarian GP in 2019, where Verstappen took off from the top spot for the first time in his F1 career. But all alone, with two Mercedes behind him who eventually defeated him via a sophisticated strategy. “This could just be Hungary again,” Verstappen’s race engineer told him ominously over the on-board radio when Hamilton stopped with about twenty laps to go for fresher, fast tires.

Verstappen did not have that luxury, because Bottas would then take the lead. So it was a countdown to the inevitable for Verstappen. Six laps before the finish, Hamilton caught up with the Dutchman and passed him directly in a simple manner. For example, Verstappen lost a race that he led 54 out of 66 laps. In the World Cup position he saw Hamilton crawl away. The difference between the two amounted to fourteen points.

‘I did everything I could. But somehow we are slower and our tires wear out faster, ‘said Verstappen after the race in front of Ziggo Sport’s camera. His team boss Christian Horner did not think that any other strategy would have brought his driver the victory. “Now it is time to go back to the factory and find more speed to catch up with Mercedes,” Horner said in a press release. Until then, for Verstappen, it is mainly about keeping up with Hamilton before he can think about attacking again.