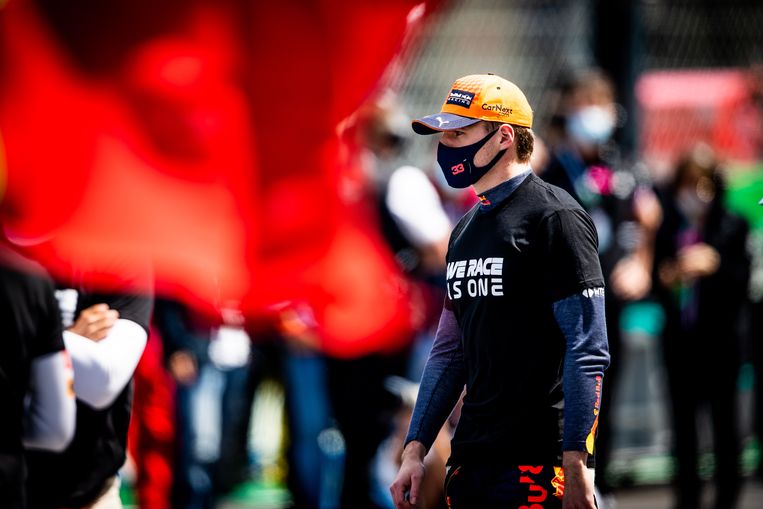 Verstappen already noticed after the first meters in the training sessions on Friday that it would be a hell of a job, just like last year, to send his Red Bull car around the track as he wanted. The circuit in Portimão first entered the Formula 1 calendar in 2020 due to the corona pandemic. At first to the delight of Verstappen, who after a number of practice laps in a touring car immediately designated the track as one of his favorite circuits. The round in the Algarve is full of challenging, fast turns and height differences.

Shortly before that first F1 race in Portimão, only the asphalt was renewed in a hurry. It turned the circuit into a kind of grip-free ice rink in one fell swoop, according to Verstappen. This year the asphalt turned out to be just as slippery. That is why Verstappen had not obtained satisfaction from any lap last weekend, he said, annoyed after qualifying on Saturday.

That qualification was frustrating for him. In the third, decisive part, the Red Bull driver initially set the fastest time, good for the first place on the grid. That lap was only taken away from him because he had taken a corner just too wide while sliding. Verstappen started the race on Sunday in third place, with the Mercedes of his main competitor, Lewis Hamilton, diagonally ahead of him in second place.

Two weeks earlier it was the seven-time champion who was uncomfortable in his car. In Imola, Hamilton shot off the track on wet asphalt in the race. With a little fortune, he could barely correct that rare mistake. He finished second, behind Verstappen. Verstappen had only approached the Brit to one point in the World Cup rankings. In Portugal, the question was whether Verstappen could finally seize power.

In any case, he was sharp enough for it, he showed in the race on Sunday. In the second lap, the withdrawal of Alfa Romeo driver Räikkönen led to a safety car situation. When the neutralization car had left the track and Mercedes driver Valtteri Bottas stepped on the accelerator as race leader, Verstappen reacted faster than Hamilton. He caught up with him and thus virtually seized the World Cup leadership.

Hamilton’s moment of inattention turned out to be a wake up call for the driver himself. After that, an unleashed Hamilton showed why he is statistically the best Formula 1 driver of all time. Five minutes later he had already overtaken Verstappen. Verstappen complained to his team about the on-board radio about the ‘incredible’ ease with which Hamilton passed him. He said he was one sitting duck, with which Verstappen concluded early on that Hamilton simply had the better car on the tricky track in Portugal.

At the same time, it underlined that Mercedes technicians had significantly improved their own car in more than a month. The car looked more stable and faster in Portugal than at the season opening in Bahrain. Especially in the hands of Hamilton, because after a quarter of the race he passed his teammate Bottas on the outside for the lead in a sublime way. In the remainder, he drove smoothly to his 97th F1 victory.

For Verstappen, after the exciting start, it was mainly about finishing as close as possible behind Hamilton. For that he had to find a way to overtake Bottas. This was achieved through a smart pit stop. Verstappen stopped one lap before Bottas. Subsequently, his stop was also faster than that of the Finn, so that the Mercedes came back on the track on colder tires. Verstappen simply overtook Bottas immediately afterwards.

Verstappen’s fickle weekend got a fitting finish when the fastest race lap – good for an extra World Cup point – was taken away shortly before the podium ceremony, as he had been knocked off the track just like in qualifying. Hamilton was therefore seven points ahead of Verstappen in the World Cup position. The gap between the two is now eight points, so that Verstappen still has a full view of the title after three races.

After the race, Verstappen had little choice but to be satisfied with second place. “There is something about this track that is causing our car to malfunction,” he said. ‘On the other hand: we knew in advance that this season will be one with circuits that suit us and not. That also applies to Mercedes. ‘

He also drew hope from the fact that the difference between Mercedes and Red Bull was much smaller than at the previous GP in Portimão last October. Hamilton then finished more than half a minute ahead of Verstappen. On Sunday, the Briton took a maximum of a few tenths of a second per lap on Verstappen and the difference remained at about five seconds for a long time.

According to Red Bull team principal Christian Horner, the differences this season are ‘extremely small’ and will probably remain so. “Today we saw that this championship will be a marathon, not a sprint.”