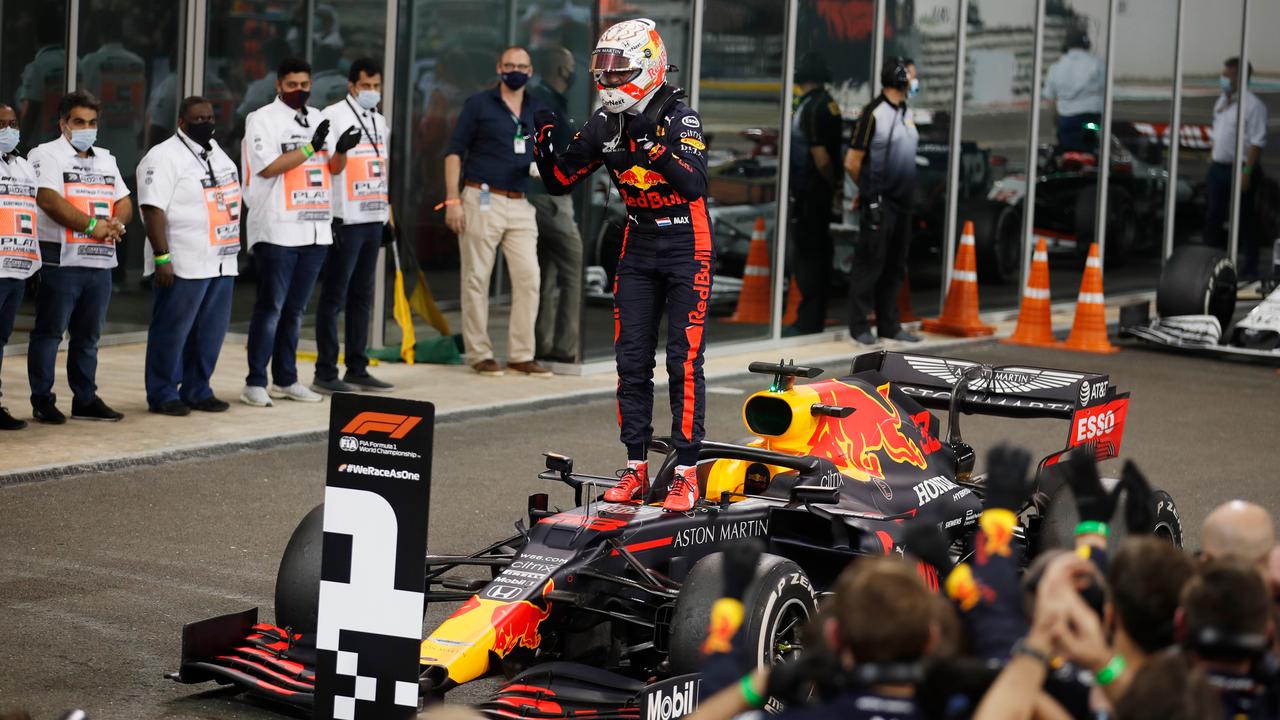 Max Verstappen closed the Formula 1 season on Sunday with the victory at the Grand Prix of Abu Dhabi, his second victory of the year and the tenth of his career. The Dutchman led from start to finish in a fairly boring race.

Verstappen started from pole position for the first time this season, ahead of the Mercedes duo Valtteri Bottas and Lewis Hamilton. In that order, the top three drivers also drove all 55 laps in the evening race in the United Arab Emirates.

The 23-year-old Verstappen already won the fifth race of 2020, the second Grand Prix at the Silverstone circuit in August. He took the podium in Abu Dhabi for the eleventh time in seventeen races. It is the first time since 2013 (Sebastian Vettel in a Red Bull) that the victory at the Yas Marina Circuit does not go to Mercedes.

Verstappen finishes third in the World Cup standings for the second year in a row, behind champions Hamilton and Bottas. The Red Bull Racing driver could have taken over second place on Sunday, but then the Finn would have had to finish outside the top five. Pérez is the only dropout in Abu Dhabi

Sergio Pérez, the winner in Bahrain last week, retired after ten rounds due to technical problems. The Mexican already had to start from the back because he had several new engine parts in his Racing Point this weekend.

Lance Stroll therefore had to secure third place in the World Championship for constructors for Racing Point, but that did not work. The Canadian only finished tenth and thanks to the good performances of Norris and Sainz, McLaren can call itself the third best team of 2020.

Sebastian Vettel (from Ferrari to Aston Martin, now Racing Point), Daniel Ricciardo (from Renault to McLaren), Sainz (from McLaren to Ferrari), Pérez (must leave at Racing Point) and Kevin Magnussen (must leave at Haas) Sunday the last race for their current teams. The most important moment of the Grand Prix: Max Verstappen stays ahead of the Mercedes drivers at the start. (Photo: Pro Shots)

Verstappen cashed in on pole position by retaining the lead after the first corner of the race. In any case, there were hardly any shifts at the start; Verstappen, Bottas, Hamilton, Norris and Albon made the top five after the first few laps, just like in qualifying.

Pérez’s early bad luck in his last race for Racing Point meant that strategic plans had to be changed. The Mexican’s car came to a standstill at a dangerous point, causing the race management to send the safety car onto the track. The top five entered the pits – a little earlier than expected – and opted for the hard tire, with the idea of ​​completing the rest of the race.

Even on the hardest compound, Bottas could not match the pace of Verstappen, while Hamilton also did not really push his teammate. Albon in turn was several seconds behind the world champion.

As a result, the only question was whether Verstappen could save his tires enough to be able to drive 45 laps. The Dutchman expressed some concerns about this in the second part of the race via his on-board radio, but his victory was never in danger.