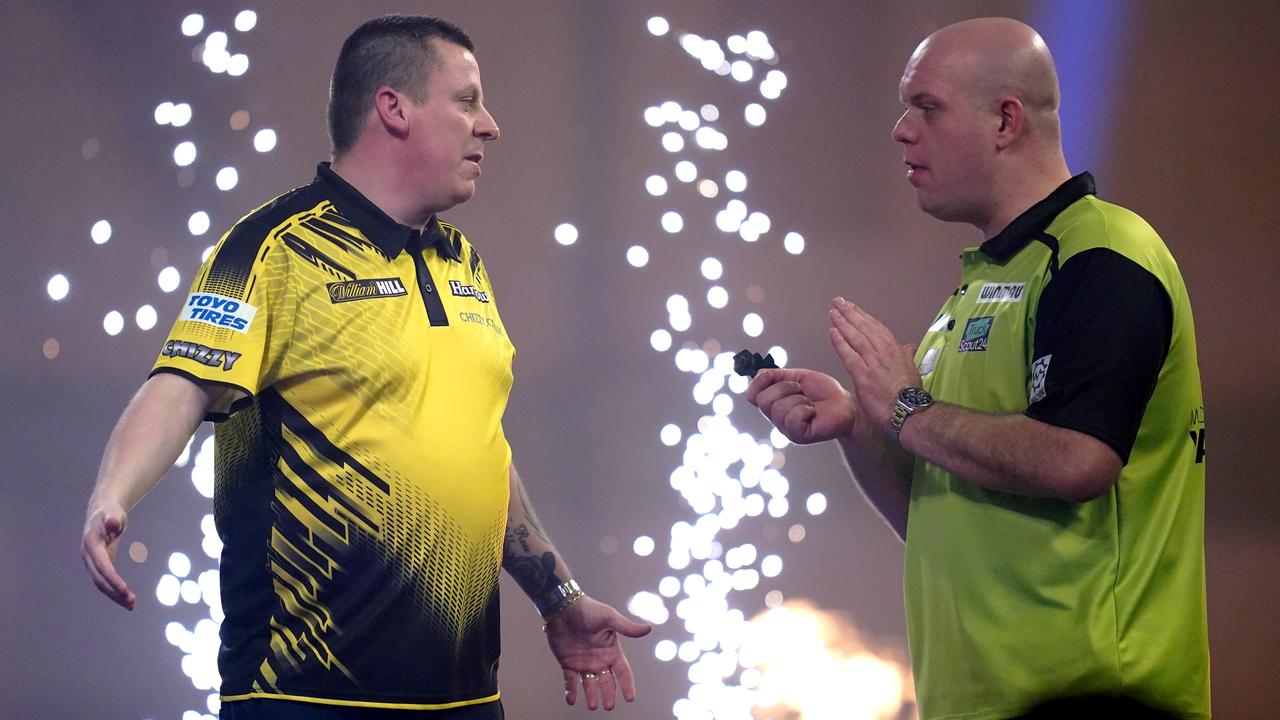 Michael van Gerwen was eliminated ingloriously on Friday in the quarterfinals of the World Cup darts in London. The Brabant number one in the world was defeated by Dave Chisnall: 0-5.

Van Gerwen was not involved for a moment against the unleashed Chisnall. He recorded a nice average of 98 points per three arrows, but that was almost ten points (107) lower than the Englishman, who is eighth in the world ranking.

Due to the defeat, Van Gerwen, who was on the way back after a difficult year, may also lose his number one position in the world ranking for the first time in seven years. Gerwyn Price will take over from him when he becomes world champion.

Van Gerwen was the last remaining Dutchman at this World Cup. Dirk van Duijvenbode went earlier on Friday in his quarter-final match with also large numbers against Gary Anderson (1-5).

Chisnall-Anderson and Gerwyn Price-Stephen Bunting are the semi-finals on Saturday night. Anderson is a two-time world champion. Chisnall, Price and Bunting have never reached the final of the PDC World Cup.

Michael van Gerwen bows his head after the defeat against Dave Chisnall.

Van Gerwen was the sky-high favorite against Chisnall beforehand, of whom he had not lost in the last 27 mutual encounters. However, there was nothing to be noticed on Friday, because Chisnall played uninhibited and Van Gerwen was the boss on all fronts.

De Vlijmenaar, who had made an impression in the previous three rounds, still started with a break, but failed to take the first set from Chisnall. He was immediately broken back and then saw Chisnall finish with a 141 and a 95 finish.

Van Gerwen seemed to tie the score in the second set. He came back from a 0-2 deficit because Chisnall, who often collapsed under pressure against Van Gerwen in the past, missed four set darts, but was broken again in the fifth leg.

As a result, Van Gerwen had to chase all the way and hope for a relapse from Chisnall, but that did not happen. Although Van Gerwen also straightened a 0-2 deficit in the third set thanks to another two missed set darts by Chisnall and a 150 finish, but this time Chisnall also struck in the fifth leg.

With that, the match was actually already decided. Chisnall steamed on very convincingly and, with a 2-1 lead in the fourth set, almost resulted in a nine-darter, but he missed double 12, which Van Gerwen jokingly threw in the next inning. Furthermore, there was very little to laugh for him.