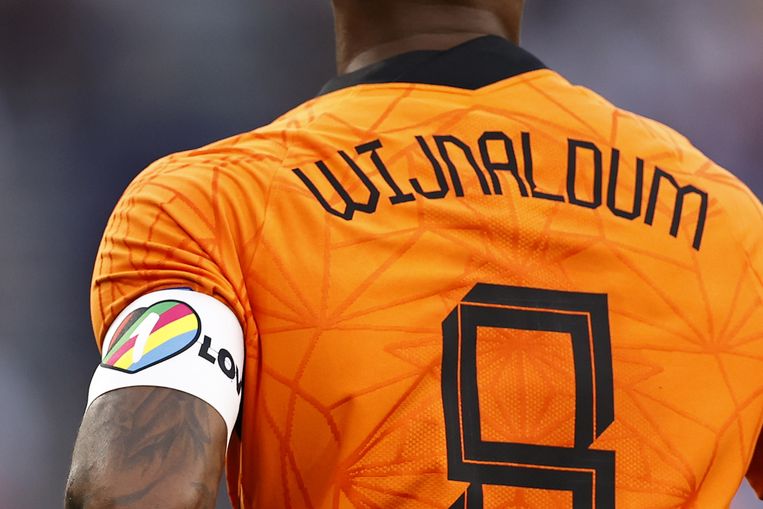 The action is part of the KNVB’s efforts to participate in a socially responsible manner in the controversial World Cup in Qatar, where working conditions for immigrants are poor and where there is equal rights, for example for men and women, or for LGBT people. there is no question. “It is an important message that suits football,” said Orange captain Van Dijk. “Everyone is equal on the field and that should be the case everywhere. We propagate that with OneLove. Our team has already done that and it’s great to see other countries joining now.’

Nine other countries have said they will adopt the Dutch initiative. These are Belgium, Denmark, Germany, England, France, Switzerland, Wales, Norway and Sweden. Of the last two countries, the captain will only wear the belt during the matches for the Nations League next week, because Norway and Sweden have not qualified for the World Cup. England will only participate in the action at the World Cup. In the Nations League matches, the English still wear a mourning band because of the death of Queen Elisabeth. The Netherlands plays in the Nations League against Poland (away, Thursday) and Belgium (home, Sunday).

OneLove’s international caption is ‘football has the power to unite people’, inspired by Nelson Mandela’s statement about sports. The band has a heart with a 1 in it, plus different colors. These couples stand for pride in their own origin, colour, gender identity and sexual orientation.

OneLove is an initiative of all parties in Dutch football and started in the 2020-2021 season, partly in response to racist incidents in stadiums. It wants to propagate the connecting power of football, as a game from all layers of society. Georginio Wijnaldum wore the OnleLove captain’s armband in the quarterfinals of the European Championship against the Czech Republic in June 2021. In November 2020, the Dutch national team wore warm-up shirts with the OneLove logo for the first time during the match against Spain.

The special captain’s armbands are now worn by many players, including in amateur football. OneLove is part of ‘Our Football is for Everyone’, the joint plan of football and the government to fight discrimination.