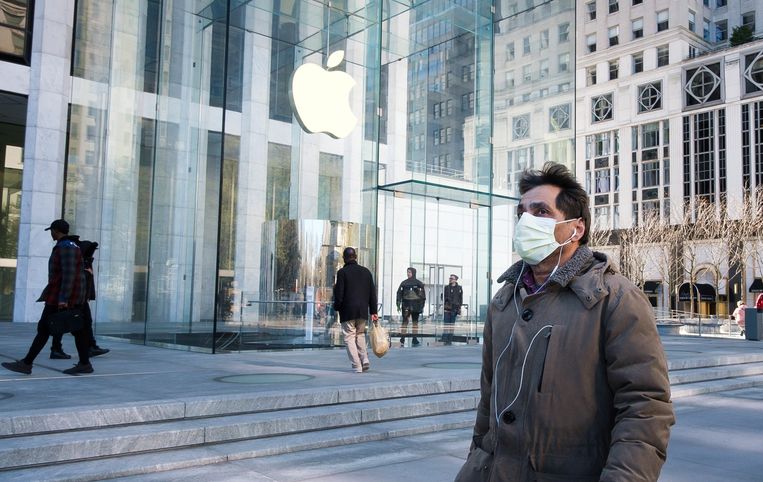 To put it simply, companies that were once messy underdog startups challenging the establishment have become the kind of monopolists we last saw in the era of the oil barons and railroad giants. The US House of Representatives Committee, which has come to its report after 16 months of investigation and sifting through 1.3 million documents, leaves no mistake about what it thinks of the four companies it investigated.

The word ‘monopoly’ (or a variant of it) is repeated 182 times below. The committee acknowledges that Amazon, Apple, Google and Facebook have also brought consumers good, but their dominance comes with a price. Namely: the companies act as gatekeepers and abuse that position (see box).

As a result, innovation is discouraged by (smaller) competitors. In addition, the privacy position of consumers has deteriorated and access to news is dominated by a handful of companies.

The report was largely prepared by the Democratic members of the competition committee. For Republicans, some of the conclusions go too far, such as the proposals to split up the tech companies. Other proposals (such as making it more difficult to buy competitors) can count on more support.

Marietje Schaake, policy director of the Cyber ​​Policy Center at Stanford University, is pleasantly surprised with the robust report. Democrats and Republicans disagree on the remedies, but that’s normal. It is important that the problem analysis is widely shared. ‘ And that analysis states that damage caused by the four companies in various areas is significant. Schaake: ‘They undermine democracy. It is positive that this is stated in the report. ‘

Furthermore, Schaake calls it ‘remarkable’ that the committee members feel they have been opposed by the tech companies and have not had enough access to information. ‘This proves once again that those companies still think they are above the law. As a Member of the European Parliament, I often got that feeling. ‘

Big Tech has so far escaped the dance, but the tide is turning fast, she concludes. ‘The United States has started more slowly than Europe; long the tech companies were allowed to do their thing. This is clearly a political turnaround. ‘

The report could lead to new legislation in the longer term, which could, for example, allow the splitting of Facebook or Google. But earlier, the report is a strong support for the ongoing investigations by the Ministry of Justice in various states into the practices of the companies, Schaake thinks.

In recent months, the tech companies and their top executives have only gotten richer. Amazon CEO Jeff Bezos’ net worth passed the staggering $ 200 billion mark at the end of August. News site Techcrunch Recently calculated delicately that Bezos could pay all his 876,000 employees a pandemic bonus of $ 105,000 and still be as wealthy as he was in March. So the report comes at a good time, says Schaake: ‘The relationships are getting more and more skewed, the big tech companies getting more powerful and richer.

Amazon, Google, Apple and Facebook have responded to the report through statements. As in the hearings this summer, they emphasize that they actually promote innovation and give consumers access to free services (Google, Facebook), the cheapest products (Amazon) or reliable apps (Apple).

The US Congress will consider the report, presumably after the election.

What is Big Tech doing wrong?

Google (Cited 1966 times) has a monopoly on online search and advertising. This is thanks to a number of ‘anti-competitive tactics’, such as favoring its own content over other websites. The committee also found evidence that Google collected information about apps from other companies via Android, which it copied.

Amazon (Mentioned 1861 times) enjoys ‘significant and sustained market power’ in online shopping. Amazon uses data on top-selling products from third-party sellers on its platform to then recreate those same products itself.

Apple (Mentioned 1,285 times) exercises monopoly power through its App Store, which it uses as leverage to create barriers and exclude competitors, while favoring its own apps. Spotify, among others, has been complaining about this for some time.

Facebook (Mentioned 944 times) has a monopoly on the social networking market, which it maintains by, for example, buying emerging threats (Instagram), copying (Snapchat). Facebook has that powerful position because of all the data it gathers.