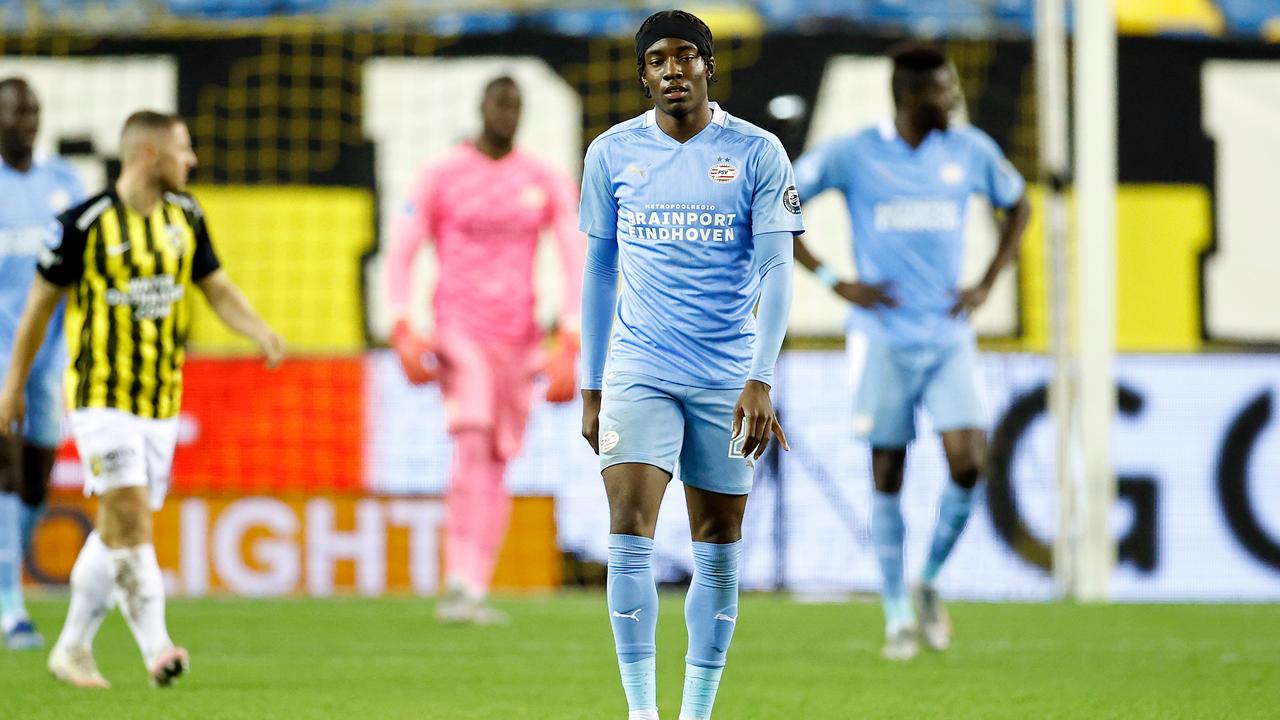 PSV finally lost the lead in the Eredivisie to Ajax on Sunday. With a team in which many players were missing, mainly due to corona infections, the Eindhoven team lost 2-1 at Vitesse.

Halfway through, Vitesse deservedly led 1-0 by a goal from defender Jacob Rasmussen. Early in the second half, Olivier Boscagli equalized, but a goal from Loïs Openda took the home team back in the lead.

In the final seconds PSV still seemed to get the chance to score a point, but on the advice of the VAR, referee Bas Nijhuis reverted to his decision to give the Eindhoven team a penalty. It meant that the 24-time national champion suffered the first defeat ever in the GelreDome stadium.

PSV had to do without captain Denzel Dumfries, Cody Gakpo, Pablo Rosario, Timo Baumgartl, Maxime Delanghe and Joël Piroe in Arnhem, who all have the corona virus. In addition, Mario Götze was missing due to a minor muscle injury.

It meant that trainer Roger Schmidt had to puzzle a lot and only had five substitutes at his disposal, three of which were field players. The passed Donyell Malen was one of them.

Competitor Ajax already played on Saturday and set a new Eredivisie record by setting VVV-Venlo aside with no less than 0-13. The team from Amsterdam lead with fifteen points and remain ahead of Vitesse on goal difference. PSV has two points less as number three and can still be passed by Feyenoord. 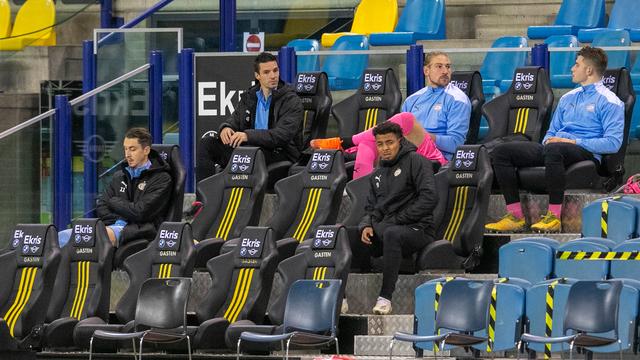 There were only five players on PSV’s reserve bench. (Photo: Pro Shots)

In a first half with few highlights, PSV fell behind within ten minutes. Goalkeeper Yvon Mvogo had no answer to a handsome rebellious header from Vitesse defender Rasmussen.

The battered PSV could not really break pots offensively and escaped a 2-0 deficit before the break, when midfielder Sondre Tronstad bumped into Mvogo after a nice attack.

In the second half, PSV got into the game better and that resulted in an early equalizer, which came in the same way as the opening goal. This time it was Boscagli who hit the head from a corner.

Two minutes later, however, it was again hit for Vitesse. After an attack on the left, Openda rounded off with a nice foot movement. The VAR found that the Belgian attacker was just not offside.

With the substitute Malen, PSV looked for the equalizer, but there was actually no question of a convincing offensive. Still, the Eindhoven team seemed to save a point, were it not that Nijhuis saw no violation against occasional captain Jorrit Hendrix and returned to his decision to give a penalty kick. 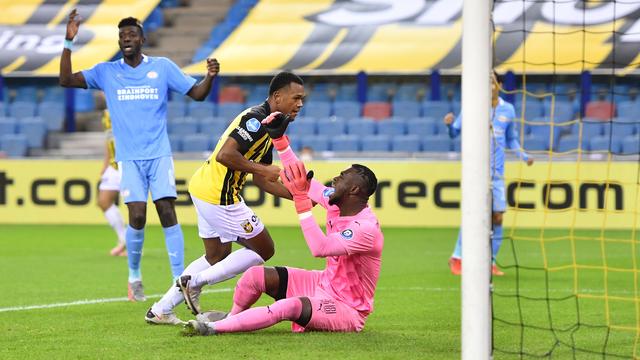 Vitesse attacker Loïs Openda signed for 2-1 in the second half. (Photo: Pro Shots)