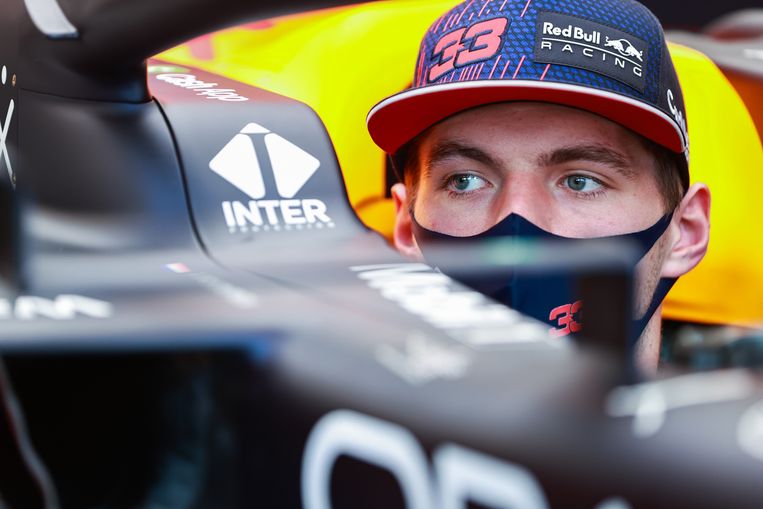 The photographers circled around Max Verstappen in Hungary on Thursday like a flock of birds. A Spanish TV channel had pontifically put the Dutch driver on a stool in front of the Mercedes team building during an interview. It was exactly the image the photographers were looking for after the clash between Verstappen and his Mercedes arch-rival Lewis Hamilton at Silverstone in England.

At the Hungaroring it was about little more than the collision between the two drivers, who are competing for the world championship. Hamilton knocked the 23-year-old Red Bull driver out of the race in England when attempting to overtake on the first lap. The Briton was given a 10-second time penalty for it, but still won. He lost 25 points to championship leader Verstappen in the World Cup position. The difference is now eight points.

Verstappen was taken to hospital after the collision for a check-up. He felt stiff for about two days, he said on Thursday, but has no longer suffered from anything. He has not forgotten the incident, it turned out during the international press conference.

A British journalist asked about Hamilton’s extensive partying after the win. Verstappen saw it from his hospital bed. That same evening, he had already called Hamilton’s cheering via Twitter “unsportsmanlike” and “disrespectful”. On Thursday it turned out that he still had the same opinion, even though Hamilton had stated that he did not know at the time that Verstappen had been removed.

“One is in the hospital, the other is waving a flag when he just pushed someone into the wall with 51G,” said Verstappen. ‘That’s not how you celebrate a win. It shows how they (Mercedes, red.) are real and that comes out when they are under pressure. But I don’t want to be like that,” said Verstappen.

He reacted strongly to Hamilton’s comment that he would be an aggressive driver. “I fought hard and defended hard, but not aggressively. Then I could have squeezed him more inside, but I just gave him space.’ He did, however, stay away from speculation as to whether Hamilton had deliberately pushed off the track. “I think he just misjudged that corner,” he said.

Nevertheless, Red Bull brought the matter back to the FIA ​​racing federation again this week, as the team had found ‘new evidence’ that would justify a more severe penalty for Hamilton. According to team boss Horner, Red Bull and Verstappen were disproportionately hit by Hamilton’s action, both in the world championship and financially. For example, the team had to spend 1.5 million euros to make Verstappen’s car race-ready again, and that in a season in which every euro has to be turned around because of the budget cap.

The referees went through the more than twenty pages that Red Bull submitted on Thursday afternoon, but concluded that nothing needed to change the penalty. Hamilton himself, who believes he deserved no penalty at all, defended his overtaking attempt at Silverstone again on Thursday: he would do the same afterwards. There was no mea culpa for his celebrations either. Hamilton: ‘Because there is a difference between knowing something and then celebrating it, or not knowing something.’

Hamilton had called Verstappen after his crash to tell him that there is still mutual respect as far as he is concerned. He also got the feeling that something may have changed in that area, especially at Verstappen, he said. “But that’s okay.” In Hungary, at the last race before the summer break, it remains to be seen whether this has consequences for their two-way battle on the asphalt.

Verstappen said in a video call with the Dutch press on Sunday that he will not suddenly drive differently on Sunday when he sees Hamilton in his mirrors. He had put the collision behind him relatively quickly. On Monday, still stiff from the crash, he picked up his new pets (two cats) and last weekend he was already 8.5 hours on his simulator for a long-distance race. Verstappen: ‘I can no longer change the outcome, even if I am not happy with what happened there. It is what it is. Now we just have to have a good weekend here.’