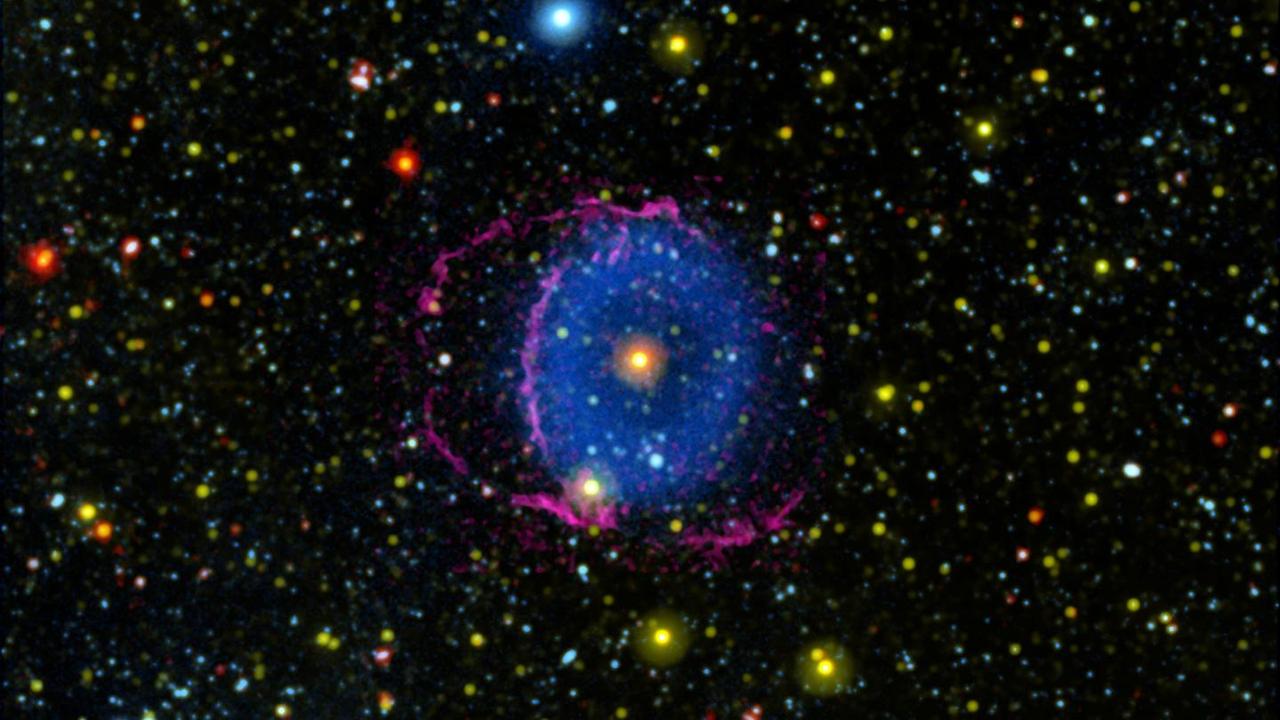 Sixteen years ago, astronomers observed a striking gas cloud with a star in the middle. Now it turns out that that star swallowed another star and then ejected the gas cloud. That writes a team of American astronomers in the scientific journal Nature.

The collided stars orbited each other in a so-called binary galaxy. However, the stars expanded, got too close to each other and one star swallowed its companion. This happened about 6,300 light-years away from Earth.

These kinds of events have been observed more often, but according to the discoverers, it is rare for the traces to be as clearly visible as in this case. Normally there is a thick layer of dust in front of it, but now both the gas cloud and the star in it were easy to observe.

The photo of the cloud shows a round cloud with the star in the middle. What is not visible in that photo, however, is that the cloud has a kind of cone shape. In reality, there are even two cones that emerged from the colliding stars. The second cone-shaped cloud is behind the photographed cloud.

TYC 2597-735-1, as the star is called, was first spotted in 2004. After sixteen years of research with different telescopes on Earth and in space, astronomers were able to figure out what the object actually was.