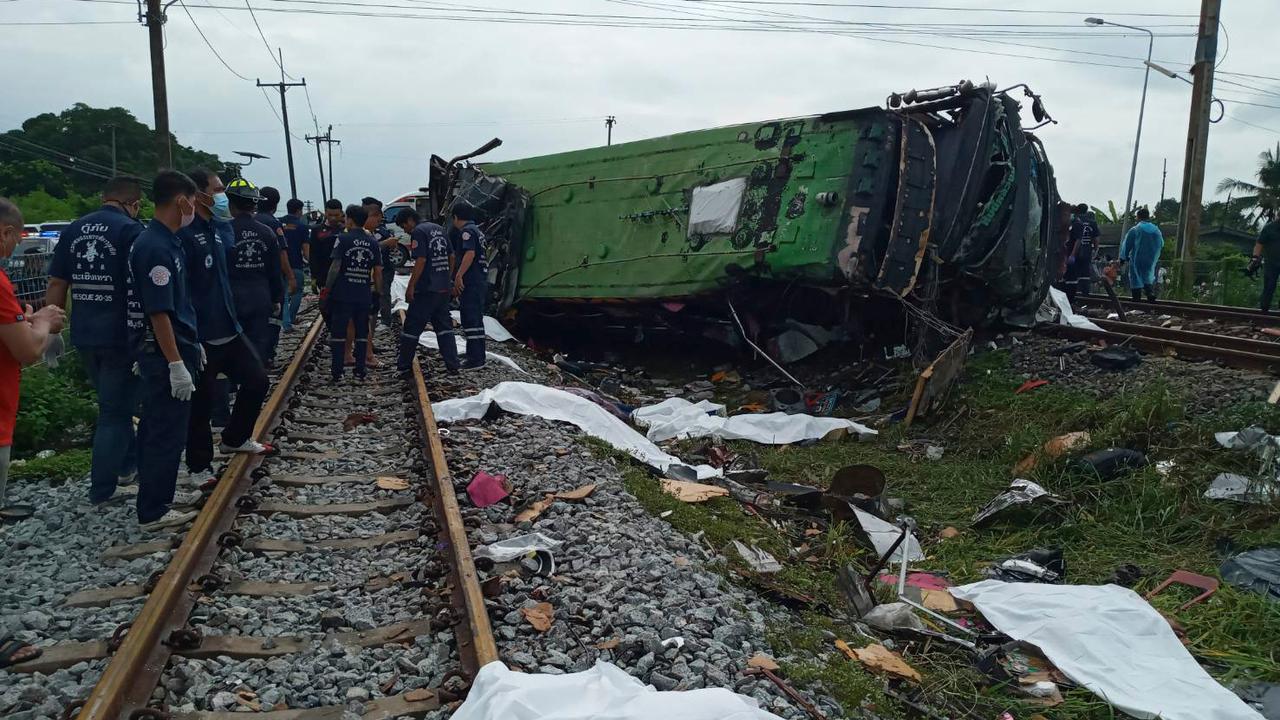 At least 20 passengers were killed on Sunday when a bus in Thailand collided with a train. Dozens more were injured. Local authorities expect the number of fatalities and injuries to rise even further.

The bus, carrying about 60 passengers, was bound for a temple in Chachoengsao province, about 50 miles east of the capital Bangkok, for a ceremony to mark the end of Buddhist Lent. The accident took place around 08:00 (local time). According to a district police chief, 20 deaths have been reported to date.

Provincial Governor Maitree Tritilanond told reporters that about 30 people have been injured so far. The number of fatalities and injuries is expected to increase.

Fatal accidents are common in Thailand, which regularly tops the list of countries with the deadliest roads in the world. Speeding, drunk driving, and weak law enforcement all play a part in this. According to a 2018 report by the health organization WHO, Thailand has the second highest death rate in traffic in the world.