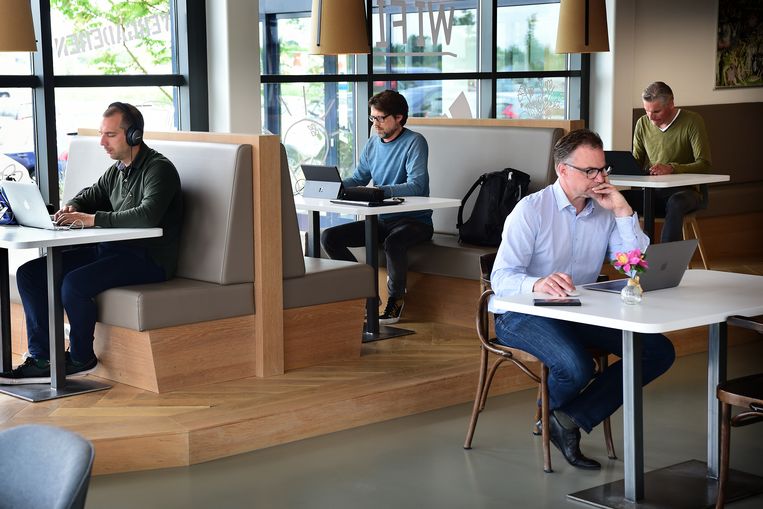 Zero-hour contracts are disappearing, temporary work can last no more than three years and is paid better, and the self-employed must earn at least 35 euros per hour. The agreement is part of an advice drawn up in the Social and Economic Council (SER) and is intended by employers and employees to influence the formation.

Gijs, can you call this agreement a breakthrough?

‘Yes. All workers will notice something of this. There has been an enormous proliferation of contracts in recent years, employers in the Netherlands are ‘flex addicts’. Nowhere in the western world is there so much flexible working as here.

‘The agreement builds on last year’s advice from the Borstlap Committee on the reform of all work rules. With a joint plan, employers and employees are now trying to come up with a proposal that politicians can’t say no to. The parties that will soon be forming can then say to the outside world: look, there is support for it. That makes it a bite-sized chunk for them.’

What does this agreement mean for meal deliverers, grocery couriers and all those other flex workers in the Netherlands?

‘Very much. At least if it is worked out as it is now in outline. All those flex workers will be employed as a result of this agreement. That may sound like a horror to some self-employed. But as a result, they receive social security, ie sickness benefit if they can no longer work or a benefit in the event of incapacity for work. And they build up a pension, not to forget.

‘Many business models are built on flexible working. Twenty years ago many employees in the home care sector were laid off, they became self-employed. These people will soon have no pension. Their wages may have gone up slightly in the meantime, but they’ve lost all of their social security.

‘This construction was extremely cheap for the employer. After the home care, the parcel and postal delivery followed. Entire companies have thus become competitive on wage costs. We have therefore ended up in a situation where everyone pinches each other.’

How is it possible that the flex economy in the Netherlands has taken off so enormously?

“Something has gone seriously wrong. The flex economy has become a social problem. Young people often get stuck in the so-called revolving door of three temporary contracts – after that they are obliged to be out of work for a while and then they can come back. You cannot buy a house in such a situation. The uncertainty is too great to start a family. The Borstlap Committee called it the social issue of our time, and that’s it.’

Is this the end of the platform economy?

‘No, it will certainly continue to exist in a different, somewhat more regulated form. But it may become more expensive to have your pizza delivered. At Bol.com you can already have the book you want to read at home the next day. That’s great, of course, but such a service does come at the expense of the happiness of the people who go to great lengths in those warehouses. And the deliverers who will bring your book.’

The agreement wants self-employed workers to earn at least 35 euros gross per hour. Where does that amount come from?

‘That 35 euros corresponds somewhat with the maximum daily wage in social security. This is how the maximum benefit is calculated. But it is not a hard limit. Because how do you calculate what a freelance journalist should earn, or a photographer? They are paid per story or per photo. This hourly wage also does not apply to the shopkeeper, because he has no employer. And not for the plumber or painter either. The notary or business advisor is then again above 35 euros.

‘You can always come up with bears in the road, elaboration problems. And it’s not over with this deal either. If you want to legislate on this, you will have to recognize and putty all those details. Otherwise employers are creative enough to come up with new routes.’

Do you think this deal will make it?

‘I think so. But the first hurdle will be the supporters. The agreement is expected to be presented on Wednesday (today), and the FNV members’ parliament in particular could still throw a spanner in the works. This made voting on the Pension Agreement more difficult in the past two years. For that member parliament, the position of workers with a permanent job weighs heavily. Something changes there.

‘If the orders are cancelled, an employer can send his people home for a maximum of 20 percent of the working time. Temporary, so one day for a five-day working week. He then pays less wages, the employee keeps the full salary. Who matches the difference, still has to be worked out. Something like that weighs heavily on the FNV parliament, but solidarity is also a great asset there. At least, confessed by mouth. The key question is: does that ‘loss’ outweigh the gains for the millions of flex workers?

‘After the supporters, the agreement will be discussed in the cabinet formation. Those parties must be able to explain to the outside world that this is a good plan that will not be at the expense of one group or the other.’

Does it make any difference to the feasibility of the agreement that SER chairman Mariëtte Hamer is now the informateur?

‘No. If she had not become an informer, this agreement would have been reached. And she’s not a formateur, she’s just trying to bring the political parties together. She can only wholeheartedly recommend this deal.’

You have defeated many social agreements in your journalistic career. How do you rank this chord?

‘I believe the common policy framework in 1989 at the start of the Lubbers-Kok cabinet was my first. Yes, yes, grandpa tells. But that flexible work has really become a massive problem. As we talked about disability insurance twenty years ago as an inextricable knot, this too has become a huge issue. So in that regard I put it high on my chord ranking.

‘Melkert’s flex agreement in 1996 was also based on a similar agreement, it was the first regulation for temporary agency work. After that, employers became very creative with zero-hours contracts and revolving doors, after which the self-employed became fashionable.

‘Those have been insidious but enormous changes for the economy over a period of ten or twenty years. And now you have to start closing all those holes again.’