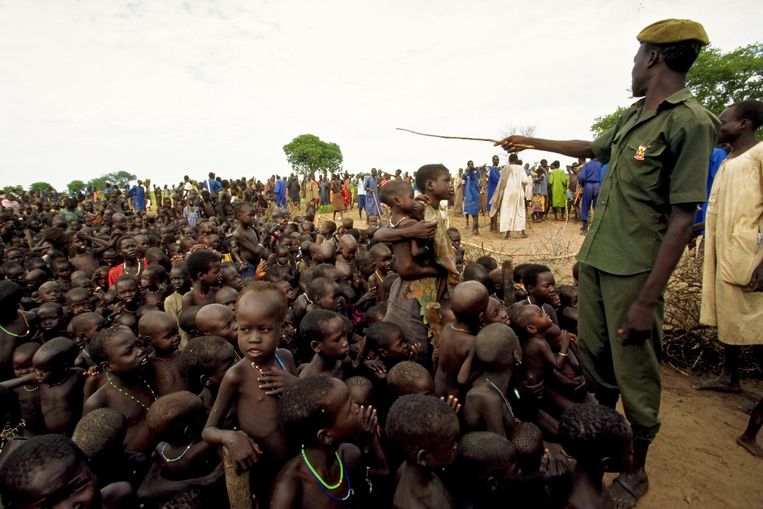 The duo that must appear in court by order of the Swedish Public Prosecution Service consists of chairman of the board Ian Lundin and the former general manager Alex Schneiter of Lundin Energy, an oil and gas company with a sloppy 10 billion euros in market value. The two men face several years in prison. They say they are innocent.

According to justice, the top executives are complicit in serious violence in an oil area where Lundin Energy (then called Lundin Petroleum) was active between 1997 and 2003. They supplied no weapons or pulled a trigger, but would have accepted that Sudanese soldiers and militias were depopulating the area by shooting local residents, burning huts and looting livestock. They would also have turned a blind eye to allow the attackers to use facilities provided by the oil company, such as a road.

The fact that the Swedish Public Prosecution Service calls the top executives individually accountable for the activities of their firm is ‘very special’, says Annika van Baar, who is researching the relationship between international crimes and the ‘big’ business community as a university lecturer at the VU in Amsterdam. . ‘We don’t see very often that someone threatens to go to jail for what he does with a company.’

In the Netherlands, businessman Guus Kouwenhoven was previously convicted for supplying weapons to murderous warlords in Liberia, but his companies were a kind of sole proprietorship, while Lundin Energy has hundreds of people on its payroll and for a while it even allowed former Swedish Prime Minister Carl Bildt to be a non-profit. -executive directors could count.

If there is a conviction in Sweden, then prosecutors in other European countries may feel inspired to measure large companies more often, according to Van Baar. “And executives may realize that they may be held personally responsible.”

The Swedish case also relies largely on information collected from the Netherlands: peace organization Pax documented events around the oil area in southern Sudan with the help of eyewitnesses and satellite images and presented the findings to the Swedish justice system in 2010. Pax concluded that in the area, which also included oil companies from Malaysia and Austria, about 12,000 people had been killed and 160,000 people displaced.

The fact that the Swedish investigation continued for years afterwards is due to the complexity of the case and the strong resistance of the suspects, who are assisted by top international lawyers, such as Steven Kay, a former counsel for Slobodan Milošević at the ICTY.

On behalf of Pax, campaigner Egbert Wesselink calls the prosecution decision in Sweden a huge victory. Wesselink hopes for a preventive effect: ‘The indictment sends a signal to the business community that you cannot profit from serious crimes with impunity.’

There is also a sense of acknowledgment from James Ninrew, pastor and representative of dozens of survivors and bereaved from the oil field at which the whole affair is at stake. “We want our voices to be heard,” Ninrew said. In addition to a conviction from the top executives of Lundin Energy, he hopes for financial compensation for those affected. Ninrew also hopes that in more large companies there will be ‘a growing awareness that you affect people’s lives when you come to do business somewhere’.

Ninrew still sees the importance of this on a daily basis: in South Sudan (as southern Sudan has been called since the area became independent in 2011) war is raging again, with oil pumped by foreign companies still being one of the sources of conflict .

For the Swedish Public Prosecution Service, it is expected to be quite a challenge to convince the judge of the guilt of the two suspects of Lundin Energy. Take the road the company had built in the oil field: if later soldiers drive over it and attack villagers, are you liable? ‘Complicated’, Miriam Ingeson, a lawyer from the University in Uppsala, said about this in July. According to Ingeson, it partly depends on whether Lundin Energy could have a reasonable idea of ​​what would happen to the road.

The company says mounting claims of a link between the company’s activities and the conflict situation in southern Sudan contributed to its decision to sell its share of the oil field in 2003.

Whatever the outcome, according to Harmen van der Wilt, professor of international criminal law at the UvA, the case is in line with an international trend in which large companies are being monitored more closely. He points to an ongoing investigation in France against cement company Lafarge, which more than five years ago paid armed groups in Syria to leave a factory alone. After that, part of the money would have ended up with the terrorist movement IS. Van der Wilt also says that the previous chief prosecutor of the International Criminal Court in The Hague, Fatou Bensouda, suggested looking at the role of ‘corporate actors’ in the worst crimes – for now the ICC is only there to try individuals. According to Van der Wilt, the trend is clear: companies are gradually being looked at more closely for their behaviour.