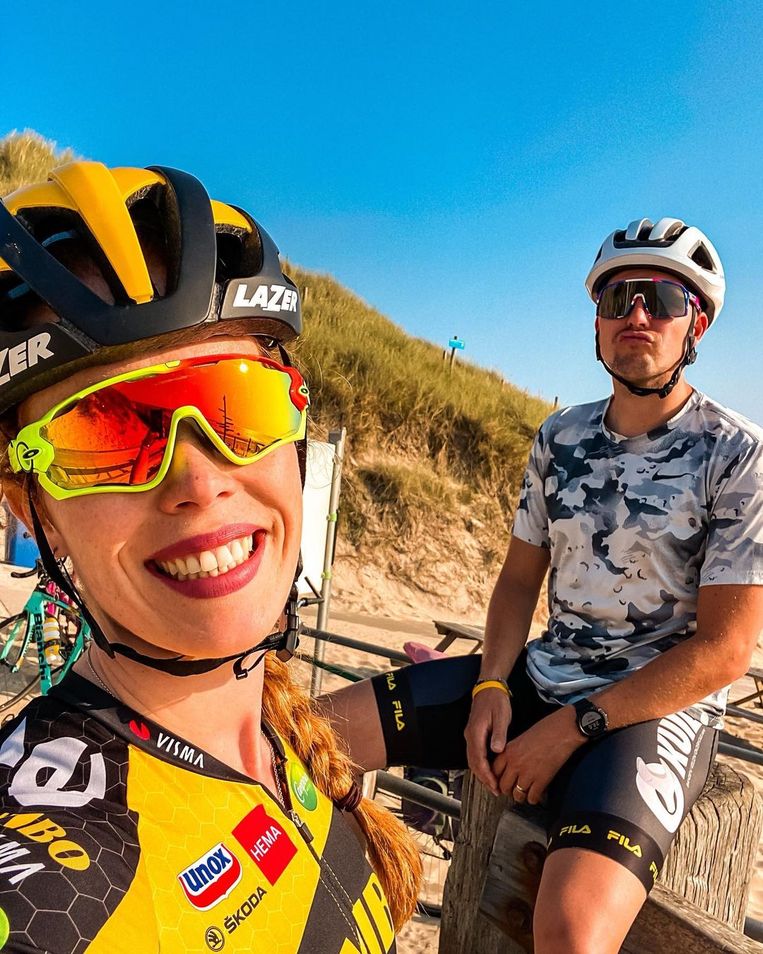 In fact, nobody knows how to do without it anymore. Training schedules are distributed via email. Lap times, heart rates and other data can all be viewed online. Social media, of course. ‘We have to fill in an app every day how we feel in the morning’, says short tracker Yara van Kerkhof, ‘so that staff members can see this immediately. Another solution should also be found for that.’

But the first concern is the contact with family and friends. All top athletes travel a lot and are used to texting or facetime a lot. This is especially welcome at the upcoming Winter Games, because no foreign visitors are welcome due to the corona restrictions and the freedom of movement is limited.

‘I just want to be able to take a phone, a laptop and a PlayStation with me,’ says skater Thomas Krol. ‘Because otherwise you will get really bored in three and a half weeks. A telephone goes with you anyway, it’s just nonsense that you can’t use it, because I’m also at home with my girlfriend and family.’

Krol has not yet received any information from his team, nor from the NOCNSF, which will update the athletes on Wednesday. That is why he emphasizes that he can still change his mind, but his first reaction is skeptical. ‘I honestly can’t imagine that it is such a big issue, that they really start spying on tens of thousands of athletes on such a large scale, because that would be an international scandal.’

He does not yet know whether he will stick to the advice. ‘I still decide that for myself, I think. There are more things to advise. Maybe I’ll change my mind when I have more information, but you know what it is: I don’t have a lot to hide either.’

Short tracker Van Kerkhof was already in China for a competition in November and already took the necessary precautions. “Then I backed up my phone beforehand,” she says. ‘We have been informed about that. We had to delete everything we had done in China when we got home and were able to restore that backup.”

Many of her teammates didn’t even have a laptop with them at the time. In China itself, the internet was only used via a VPN server and the bluetooth was turned off. ‘But of course it’s safer not to take your phone with you at all. I just got a new one for China, so I’ll have it for a while.’

Van Kerkhof has bought an e-reader. “We still have each other, so it’s going to be fun anyway.” But like the other athletes, she actually assumes that contact with home will in any case be possible. “That would be a nice outlet.”

The exact advice from the NOCNSF is not yet known, but a likely option is that the athletes can bring a laptop or telephone, for example an old one that they only use in China and that contains as little information as possible.

‘You don’t want to share everything with the Chinese world,’ says Otterspeer. “Privacy is important, but I’m sure a solution will be found, because it’s really handy if you can talk to your family at a normal time.”

He does have a PlayStation, but he had no intention of taking it with him. Although he finds it useful to know that teammate Krol may have one with him. Missing his own phone would be the hardest part.

‘It’s nice to have contact with home, of course,’ he says. ‘But that can also be arranged with another telephone. Then I just have to transfer all the numbers and that will be fine.’ Well, maybe not all songs. ‘Oh yes, then the effect might be gone, of course. I’ll have to read up on what is and isn’t allowed.’