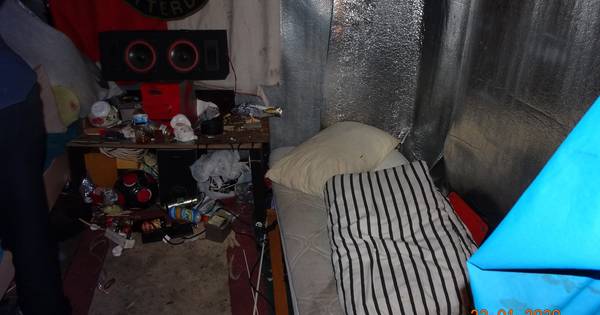 Enforcer Anjo Hoogendoorn of the Haagse Pandbrigade, a municipal department that aims to reduce nuisance and dangerous situations in buildings, sees it more and more often in the city: buildings where people are housed in dire situations. The number of abuses has risen sharply in recent years, he says. “The severity of the cases may have been more serious years ago, but it is now more elusive.”

The enormous pressure on the housing market plays an important role in this. But it is not just homes where abuses occur. This year, for example, a church and parish house were evacuated where dozens of labor migrants had found shelter. “In the 23 years that I have been working here, I have never seen anything so bad,” says Hoogendoorn. It was also hit in a shed on the Binckhorst. “If a fire had broken out there …”

Alderman for housing, Martijn Balster (PvdA) sighs deeply. “We are building as much as we can, but with so little space and housing associations without a large savings account, we cannot keep up with the city’s growth. For many tenants the private sector is the only alternative. Far too high rents are being asked, houses are sometimes in very bad condition or there are too many people in small houses.