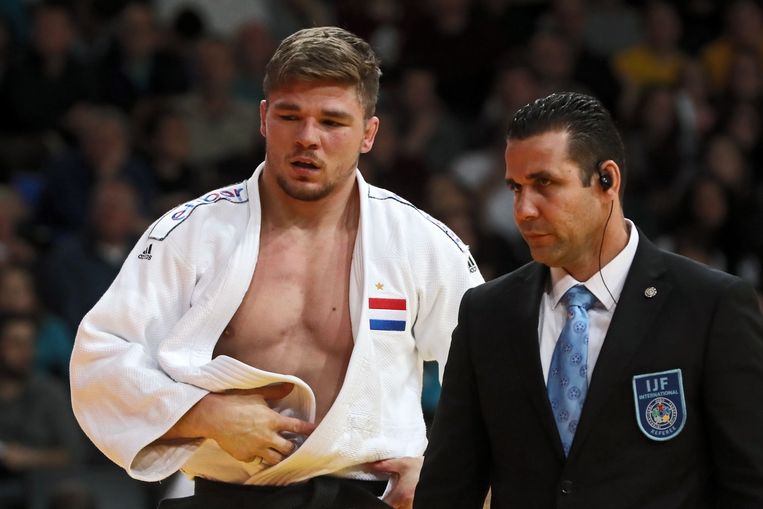 Judoka Noël van ‘t End knows one thing for sure: after this week he will say goodbye to the red number that is reserved for the world champion. The 29-year-old Utrechter has decided not to defend his title in the class up to 90 kilograms. He thinks an Olympic medal in Tokyo is more important.

At the World Cup, which will take place this week in Budapest, the Olympic Games will cast their shadow. There is only six weeks between the two tournaments, much shorter than usual because of corona. Judokas think differently about the ideal run-up to Tokyo. Where one sees the World Cup as the last measuring moment, for the other it is an annoying interruption.

“The risk of injuries is too great,” says Van ‘t End, who feels that he is being deprived of the chance to defend his title. But judo five times a day for a maximum of four minutes, which requires a world title, is an assault on the body. ‘At a World Cup I can’t do judo with the brakes on and I go through certain barriers. I know from the past that after a big tournament I can still have problems with my muscles and joints for a few weeks.’

In addition to the reigning world champion, heavyweight Henk Grol (36) also misses the last chance at a world title. He will retire after the Games. The other six Dutch judokas with an Olympic ticket do get on the tatami in Budapest, although a gold World Cup medal is not the goal for everyone.

Sanne van Dijke wants to try out a new version of herself. The 25-year-old European champion has been in a fierce battle with Kim Polling for the last three years for the only Olympic ticket in the class up to 70 kilograms. Because of the pressure that this entailed, she often chose the safe path on the tatami. A mistake could have far-reaching consequences.

“When your opponent puts in a hip throw, you can try to take over. If you can, your opponent is probably on her back. If not, there is a good chance that you will end up on your back and lose on ippon’, says Van Dijke. She avoided the risk by holding the opponent off with her hands.

Van Dijke has an arsenal of tactics and techniques that she uses during training, but was afraid to apply at major tournaments. The World Cup must show whether the throws are of the required level. It would give her more opportunities in Tokyo to get out of a predicament. ‘For me, the World Cup is all about the Games.’

National coach Maarten Arens calls it far from ideal that the two most important tournaments within judo are on the agenda so close to each other. In addition to injuries that are lurking, Arens wonders whether judokas can peak twice in six weeks. “Mentally and physically that is a challenge,” he says.

The ideal route to Tokyo was looked at for each judoka, although some had little choice. They can use the points that can be earned at the World Cup for the world ranking. The top-8 enjoy protected status at the Games, which increases the chance of a favorable draw.

With more international top judokas aiming for the Games, the chance of a World Cup medal may be greater than ever. Arens: ‘Of course we want to win as many medals as possible at the World Cup. It remains a title tournament. And in a few years no one will be talking about which toppers did and didn’t participate.’

Michael Korrel thinks so too. The 27-year-old judoka, who competes in the 100-kilogram class, won bronze at the World Championships in Japan two years ago and has the world title as his goal. ‘Everyone always talks about a gold medal at the Games, but becoming world champion is also at the top of my list, you know. If I have that chance, I want to take it.’

He is not afraid of injuries towards Tokyo. ‘As a judoka you always run the risk of injury. On heavy training days I am deeper in my fatigue than on competition days. If you’re dealing with injuries beforehand, it’s better not to go on the mat.’

For the judokas who participate in the World Cup, injuries may not be an issue, Arens hopes that everyone stays healthy. “The World Cup, which are normally not held in an Olympic year, are always the most important tournament of the year, but not now.” For the Olympians, Budapest is all about Tokyo. Van Dijke: ‘My goal is Olympic gold. If I have to be thrown on my back for that at the World Cup, then so be it.’