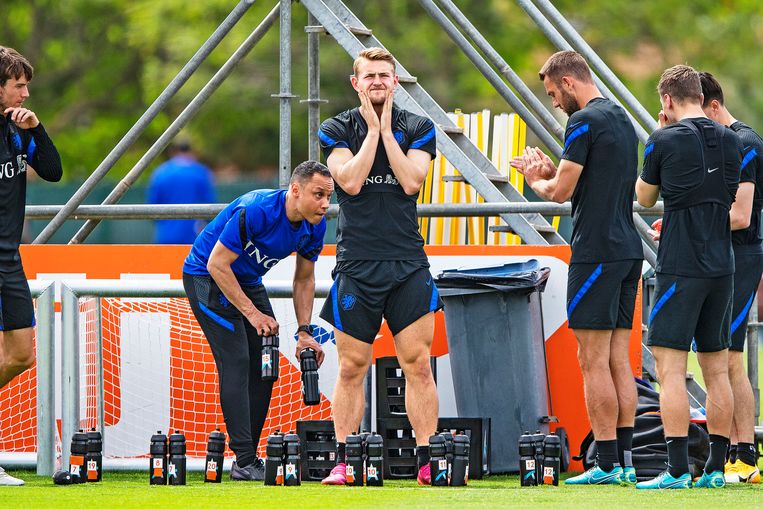 ‘Are you a virus wappie?’ After arriving at the training camp in Zeist, it was the NOS reporter’s first question to striker Wout Weghorst. On his face, the tingling expectation about questions about playing football at a European Championship disappeared instantly. He lowered his eyes and showed disappointment that the first question had to be about this.

He had announced that he will not be vaccinated against corona. Are you immediately a wappie? Earlier, Weghorst said: ‘I do not deny corona at all. I take it very seriously, because a lot of people die from it. I have just tried to study it thoroughly and objectively.’ He just doesn’t want a vaccine. That’s freedom. Or not? As a role model in the eyes of some of Jan Publiek, he is apparently obliged to take the jab, helpful if he is in Minister De Jonge’s struggle to vaccinate the Netherlands as quickly as possible. And to play football safely with teammates.

Weghorst had already appeared on German television before facing a reporter who attacked him for a post on social media. The agitated interviewer called the Wolfsburg striker a “crazy” talking man, while Weghorst remained calm, saying in fluent German he had said what he wanted to say. This week he decided not to say anything more about it.

Defender Matthijs de Ligt received tons of criticism this weekend. He said he had passed up the option of vaccination because he wants to remain “in charge of his own body.” Photos followed of De Ligt on the operating table, accompanied by the cynical comment that he was certainly in charge of his body there. And all that tattoo ink that football players have injected into their bodies. Later in the day, De Ligt tweeted: ‘In my recent interview, my answer was not clear. To put an end to all doubts, I am absolutely in favor of vaccination and will take it as soon as possible. ‘ That will happen after the European Championship, because now national coach Frank de Boer no longer wants it.

De Boer said on Wednesday, at the start of the training camp in Zeist, that five or six of the then fifteen players had refused the vaccine when the KNVB offered it. Media started to count. Who does, who doesn’t. De Boer added that those who joined the group later will have to wait until after the tournament as he does not want people temporarily ill or weakened during the training camp in Portugal. Midfielder Frenkie de Jong, who only arrived in Portugal on Sunday, said he has no doubts. He will take the vaccine when it is his turn.

It became a play on words about the exemplary role of football players. One proposition was: those who refuse the vaccine should not get a place in the European Championship selection. But no, the KNVB opts for freedom. ‘I cannot oblige anyone,’ said De Boer several times. Sunday: ‘They are free.’ He also said he would rather have the staff vaccinated than the players.

The debate is spreading in all directions, including in sports. When NOCNSF asked for vaccinations for Olympic athletes some time ago, there was public outcry. What were those athletes thinking? Crawling while the elderly and healthcare workers waited for their shot? Now the campaign is on steam, although peers of football players are not yet their turn and many internationals have already had corona.

They are sometimes tested twice in a day and hardly come out of their bubble. They could possibly infect each other, but given the circumstances, that chance is not that great. And anyone who tests positive, like goalkeeper Jasper Cillessen last week, will (temporarily) disappear from the selection. He trains with his bicycle on a balcony, De Boer said on Sunday.

But the campaign is now underway, there is enough vaccine and Minister De Jonge thinks he can vaccinate everyone before September. So it is important to play on the public opinion, to beg football players with the role model why they sometimes do not ask at all. Or, as science editor Maarten Keulemans of de Volkskrant states: ‘It is not even so much because they would spread the virus, but because it has been scientifically proven that these types of role models have a lot of influence on the behavior of young people. Young people already have the lowest vaccination readiness. That can make the difference between whether the virus is still around or whether it has been reasonably eradicated. In addition, about 70 or 80 percent must have been vaccinated.’

Frank de Boer, Sunday, when he has had enough of the discussion: ‘Let’s close this topic. Let’s talk about football.’