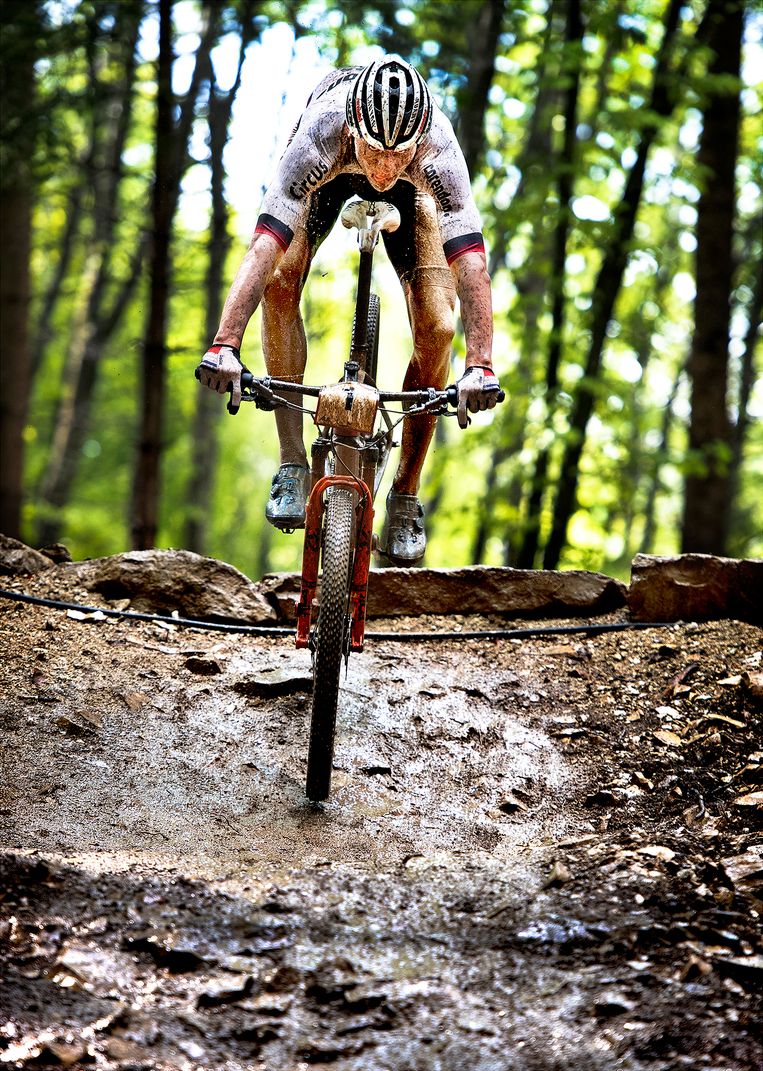 Mathieu van der Poel was not completely at ease before his return to mountain biking last weekend in Albstadt, Germany. His last showdown on the fat tires was already eighteen months ago, when he won the World Cup race in Lenzerheide, Switzerland.

On Sunday his hunches turned out to be quite correct. He finished seventh on the flank of a steep bump in the Swabian Alb, 1.13 behind winner Victor Koretzky. The Frenchman kept two Swiss behind him on the line: the eight-time world champion Nino Schurter and the winner of two years ago, Mathias Flückiger. For example, the specialists managed to keep the temporarily boarding riders at a distance from road cycling.

Even before Van der Poel finished Thomas Pidcock, who finished second in the Amstel Gold Race this spring and won the Brabantse Pijl. He finished fifth, half a minute behind Koretzky. The 21-year-old Briton, world champion in the under 23 category, had a long catch-up race: he started in the eleventh row in the field of more than 150 participants.

Not that both had set their sights on victory. They came here for something different: to collect points in the world rankings to ensure a place in the front rows of the Olympic race in Tokyo. As fishing for a gold medal, this season is in any case the most important goal for the Dutchman.

Lost out of sight

Van der Poel faced a difficult task in Albstadt. He had first taken a break after the Tour of Flanders, at the beginning of last month. Then he started on the mountain bike. It was guesswork about his possibilities, also for himself. He had no idea how his competitors were doing. Albstadt is not his favorite trail. The climbs are endless and the gradients are frighteningly high. There it is at a disadvantage with its relatively high weight. He was there three times on the podium, but he has never won.

It all bothered him a bit, he confessed in advance. In 2019, the connection with the world top was made. For the first time he beat Schurter; he had worked on it for three years. He has won three World Cup competitions. The following year, Van der Poel lost sight of the opponents when the Games were postponed and the road program demanded all the attention. In the meantime, the mountain bikers met at a European Championship, a World Championship and in the World Cup. He must have looked on with sorrow; it is the discipline he loves most.

Tongue on the wheel

Entirely in accordance with his incalculable style, he immediately flies in on Sunday. He attacks in the first round, only the Brazilian Henrique Avancini has an answer. On Friday evening, during a short track in which the starting positions of two days later are determined, he waited just a little longer, more precisely: until the second round. After he was caught, he took some time to recover, only to arch his back in the closing stages for an acceleration no one could answer. Reigning Olympic champion Schurter had his tongue almost on the handlebars; he finished third.

If the match does not last twenty minutes but almost an hour and a half, and also over more difficult terrain, it becomes clear that Van der Poel’s form is not yet optimal. He falls back together with Avancini. Schurter and others drive away. Pidcock passes. He records the fastest lap. Van der Poel: ‘I got problems with my back on the ascending parts. I have that more often during the first races on the mountain bike, the position is different. It’s a very taxing sport. ‘

He is no longer able to rise above himself. The pain forces him to keep to his own pace. He’s almost out of the top 15, but gains ground again in the last two laps; a seventh place also earns points. Is he perhaps already worried about his back in Tokyo, where he will face the mountain bike race nine days after the Tour de France? It, it turns out, has the attention. ‘We will have to come up with something about that. We are working on that. ‘

Ultimately, he is not dissatisfied with the result in Albstadt. ‘Of course I would have preferred to be in the first group, but this is certainly not bad. To win, you must be 110 percent conditionally. I am not yet, the preparation has been too short for that. ‘

He hopes to perform better next week, in Nové Mesto in the Czech Republic. There he shook off Schurter two years ago on a steep gravel slope and thus won his first World Cup competition. Such a beautiful day, he could use it again.