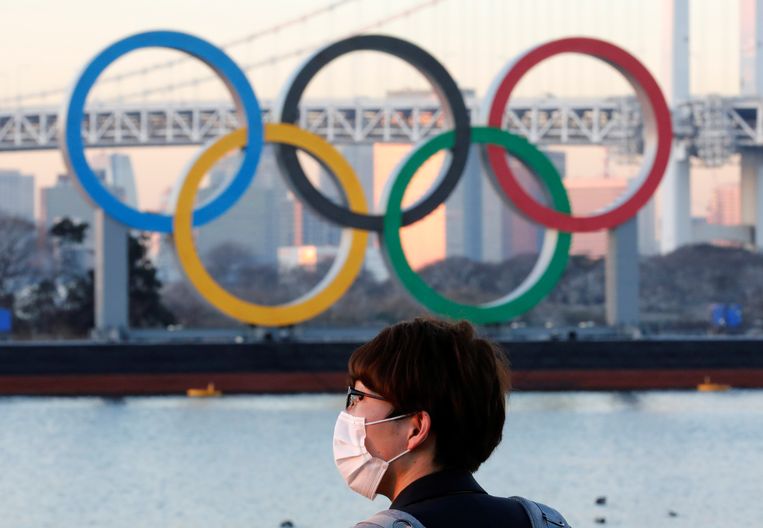 How big will vaccination affect the continuation of the Olympic and Paralympic Games in Tokyo?

Large to maximum. Without a vaccine, the highway to Japan becomes a goat path, with many rocks. Experienced swimming physician Cees-Rein van de Hoogenband, still active as chairman of the medical committee of the world association Fina, has spoken out about how the Games can take place this summer. ‘Yes, of course, all measures must be taken, such as keeping your distance, wearing a mouth mask. All very nice, but there is only one solution. And that is vaccination, vaccination, vaccination and more vaccinations. ‘

On Thursday there was a consultation, a webinar, between the International Olympic Committee (IOC), the Tokyo organization (Tocog), the medics of the 28 international sports federations involved plus the chief doctors of participating countries. Digital was mainly about technology and hardly ever about the principle of vaccination. Van den Hoogenband: ‘There was talk of a PCR test lasting 72 hours. All famous work. Which we already knew. I asked a question about vaccination during Question Time, which lasted 10 minutes. I will receive the answer in writing. Well. ‘

Could an Olympic bubble in July be the solution?

No, is the firm answer of Van den Hoogenband senior; his son Pieter is the Dutch chef de mission for Tokyo 2021. ‘The Olympic Games are so big. That is almost impossible to handle. ‘

The Games revolve around eleven thousand athletes and six thousand supervisors, such as coaches, physiotherapists and team leaders.

The current bubbles, such as the five weeks with the skaters in Heerenveen, can be handled. ‘I myself am indirectly involved in the OKT (Olympic qualifying tournament, JV) of the water polosters in Italy. That’s with eight teams, small scale. To handle. In Italy it is arranged by colleague Andy Hoepelman. ‘

What is the state of vaccination in Japan and in the sports world?

In Japan, the first vaccinations for medical personnel are not imminent until February. In March, the seniors of that country with the average oldest population in the world will follow. In the world, Israel is a leader in vaccinations, and there the National Olympic Committee (OCI) openly advocated vaccination of the Tokyo squad. In the United Arab Emirates, Tour winner Tadej Pogacar’s professional cycling team was injected with the Chinese anti-covid vaccine Sinopharm. Van den Hoogenband believes that such a thing is actually not possible. He is concerned with the ‘level playing field’ that is thus abandoned.

In Canada, influential IOC member Dick Pound advocated a right of way for the 300 Canadian Olympians. Does that sound exist in the Netherlands?

Huub Stammes, director of the judo association, has been stirring his mouth for several weeks. He is keen to say that the vulnerable come first, but also advocates out loud for the top athletes. They should be ‘one of the first after the vulnerable’ to get the needle in their arm.

At NOCNSF, the sending organization for the Games, there is more caution. It is inappropriate to push ahead. The chairman of the athletes committee, Hinkelien Schreuder, says that almost is not bound. ‘The athletes committee does not see top athletes as a risk group that should be given priority when vaccinating. The committee would like to clarify for top athletes when they can be vaccinated. ‘

But that could take a long time, because the healthy category of people (18 to 60 years) is on the roadmap of the Ministry of Health, Welfare and Sport at the back of the row. From April / May, those 6.5 million healthy people should be given a shot. From a sports point of view, athletes should get a place in the front somewhere.

Surgeon Van den Hoogenband, also the senior official at NOCNSF, says that now raising the finger is morally reprehensible and will go completely wrong. It is about the right moment to draw attention to the health of the Tokyo team of about 450 men (including supervisors). ‘Yes, we also stand for our top athletes. But we only do it more diplomatically than Stammes van de judo federation. We know many roads and will not hesitate to walk all those roads. We take every opportunity to influence the officials we know well. It is our duty to ensure that. ‘ May is not the final deadline. ‘You can even vaccinate shortly before the Games, but we prefer to do that in April, May.’

How does the IOC (which has not yet centrally purchased vaccines) think that top athletes should be given priority in the vaccination campaign in order for the Games to take place?

The Dutch member of the ethics committee of the IOC, lawyer Geert Corstens, is taking a major step on the brakes. ‘In the light of the great risks that people in the care and nursing sector and the frail older people run, that proposition seems difficult to defend. For them, it is about unavoidable risks. Important as it may be, an event like the Olympics presents a risk that can be avoided. Indeed by not participating. It is an expensive price to pay for it, but it weighs less than the price to pay for not vaccinating the aforementioned group of healthcare workers and the elderly. They play with their lives and cannot do otherwise. ‘