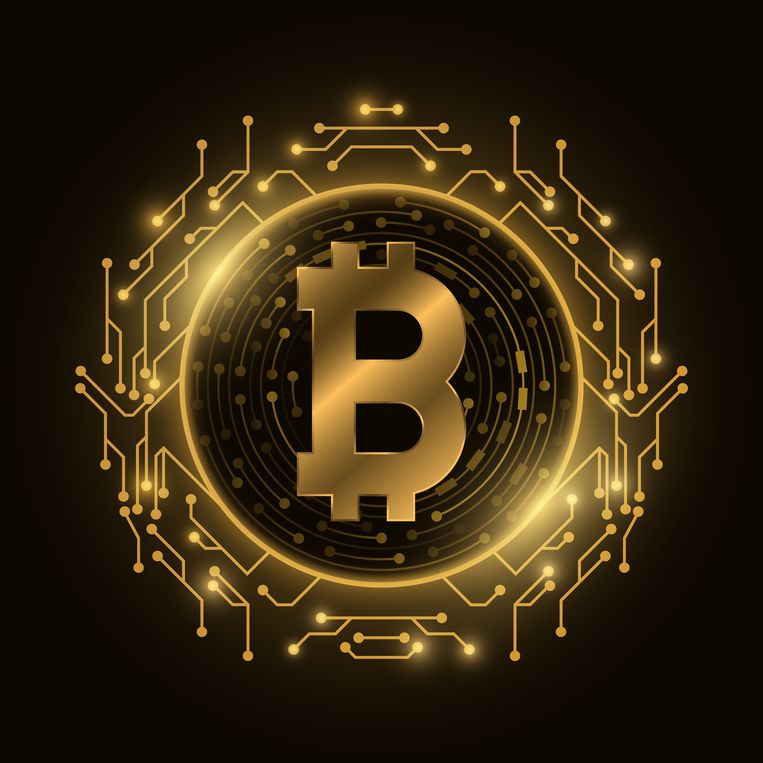 The world’s most powerful states and multinationals are engaged in a blood-curdling race for the money of the future. Will the Chinese keep their lead, will it be the ‘Britcoin’ or will we pay with the digital euro within a few years? Not everyone is happy with the outcome.

At first glance, little has changed for coffee at the train station this New Year’s Eve. The (slightly too bland) taste is the same. Just like the payment app on the phone. But behind the scenes, everything is different. The money no longer goes to the coffee shop via ABN Amro or Rabobank. It comes from the customer’s account at the European Central Bank (ECB) in Frankfurt. It has created an entirely new currency: the digital euro, popularly referred to as ‘deuro’.

No old-fashioned coins or bills in the wallet. Not even the cashless money that the commercial banks create, but crypto coins made in Frankfurt. Only the image of President Christine Lagarde is still missing. Which is wise, given the social unrest that arose when a careless central banker thought aloud about ‘negative interest rates’ and a ‘time limit’ on digital euros to stimulate consumption.

Science fiction? Certainly not. In 2021, no less than 86 percent of central banks worldwide are investigating the possibilities of their own digital currencies, according to a report from the Bank for International Settlements. Six in ten are now experimenting with the underlying technology, 14 percent are already doing tests.

There even seems to be a race to see who is fastest. The Bahamas had the scoop in October. With the ‘sand dollar’, residents are the first in the world to have digital central bank money. Britain is considering a ‘Britcoin’. Russia hopes to have such a currency ready before the end of this year and even the Americans are starting to hurry. The ECB wants to be able to introduce digital euros by 2025. This summer, the central bank board is expected to give the green light for this. Even if the consumer would not be eager for another payment method at the checkout, the geopolitical situation forces Europe to take action.

In the midst of the financial crisis, Satoshi Nakamoto mines the very first bitcoin. The cryptocurrency, writes the mysterious character (or characters) behind this pseudonym, is supposed to “enable online payments that are sent directly from one party to another, without going through a financial institution.” So get rid of the state and central banks.

Bitcoin is mocked by many central bankers as a hopeless experiment, but now that Facebook is getting involved and announcing its own crypto currency, the Libra, everything and everyone is shocked. A year later, the billions of users of the social medium should be able to settle among themselves with the new currency. Or they use this Libra for payments to one of the other initiators, including Uber, Mastercard and Vodafone. Unlike bitcoin, the Libra is a so-called ‘stablecoin’. The value is tied to the exchange rate of, among other things, the dollar.

Is that just possible? In the months that followed, US and European policymakers warned about money laundering, privacy and financial instability. The political show of muscles is too much for Facebook’s coalition partners. One after the other drops out. The Libra dies, as the French openly wished, a soft death. But the genie is out of the bottle. ‘It is very easy to create a new currency with modern technology’, says Arnoud Boot, professor of financial markets at the University of Amsterdam. ‘Many central banks have not wanted to think about this for a long time. Because of the Libra they had to act. If they do nothing, they will lose their grip on the monetary system.’

Annabelle Huang is lucky. She is one of the Chinese who, via a lottery on social media app WeChat, won 200 digital renminbi – more than 25 euros converted. She uses it to buy nuts and yogurt in a shop near her work, describes The New York Times in an article. Her smartphone produces a QR code. The seller scans it and voilà: the 28-year-old resident of Shenzen has been one of the first earthlings to settle with digital central bank money.

China has been working on the ‘e-yuan’ since 2014, including an image of the great helmsman Mao Zedong. The tests are getting bigger and bigger. In Xiongan you can already buy a hamburger with it at McDonald’s. In the coming period, another 5 million of the new coins will be raffled among the residents of Beijing. At the same time, the ruling Communist Party is tightening up private alternatives, from Alipay to bitcoin.

With its own digital currency, the Chinese government gains insight into everything that citizens do with their money. There is also a geopolitical dimension, suspects ING economist and crypto specialist Teunis Brosens. ‘The dependence on the dollar is now great. China – just like Europe for that matter – notices this when, for example, it wants to continue doing business with Iran despite US sanctions. Having your own digital currency makes it easier for foreign importers and exporters to pay without dollars.’

‘Our payment system works very well’, says Inge van Dijk on a Wednesday afternoon from her office at De Nederlandsche Bank. ‘But it should remain that way in the future as well.’

As director of payments and market infrastructure, she is closely involved in the plans for a digital euro. She points to the rapidly declining use of cash, which is issued by the central bank itself: last year from 32 to 21 percent of transactions at the cash register. Instead, non-European parties are playing an increasingly dominant role. A Chinese giant or Facebooks Diem, the successor of the failed Libra, may soon come forward. The American Mastercard and Visa already process the lion’s share of payments within Europe. At first glance, the public does not notice this. But what if the United States takes measures against a country with which Europe still wants to trade? Then the old continent is powerless.

‘Innovation is good, but how do you keep control?’, Van Dijk summarizes the dilemma. ‘As a central bank, we must keep an eye on the interests of Dutch citizens. Think of security, of privacy. We look at that differently than elsewhere in the world.’

A survey by DNB shows that half of the Dutch are interested in a current account with the central bank. She especially likes the fact that it does not aim for profit. At the same time, only 13 percent say they understand what is meant by digital euros.

That will soon change. The ECB may decide on the arrival of the ‘deuro’ as early as next month. Then a lot of knots have to be cut. Will there be a hard limit on how much money citizens can keep at the central bank? Or is that discouraged from a certain amount with a negative interest rate? Is the new currency mainly for use within the eurozone, or also for cross-border payments by large companies and banks? And will you, as a customer, soon have multiple accounts next to each other, or will commercial banks become completely redundant? ‘Fundamental choices with potentially far-reaching consequences’, concluded the rapporteurs appointed by the House of Representatives on digital central bank money, Mahir Alkaya (SP) and Aukje de Vries (VVD) recently. They argued that the debate should not be left to unelected technocrats.

Yet a digital euro really does not mean that everything will suddenly change, says Van Dijk of DNB. ‘The front-end of the payment system, ie what the consumer sees, will probably not change enormously. We start small: the digital euro as a daily means of payment. No large amounts. It is really not the case that tomorrow we will suddenly replace all existing payments with digital euros.’ Nor will the ECB do everything itself, she emphasizes. ‘We want to work together with private parties. But the invisible back, yes, it is partly with the central bank.’

Not everyone is happy about it. One of the objections is that accounts with the central bank would actually undermine financial stability. If a bank (think of Fortis or DSB) falters, customers will quickly transfer their money to safety at the ECB. ‘Of course you can already run to the ATM in times of crisis,’ admits Teunis Brosens of ING. ‘But then you have to go home with a bag full of bills, where you have to find a safe place to store them. Soon it will be ready with one tap on your phone. For banks, that is cause for concern, yes. While it is still unclear to me what the added value of a digital euro will be for the consumer.’

Professor Arnoud Boot sees it differently. ‘As far as caring for bank runs justified, it mainly says something about the fragility of the current commercial banking system.’ He was involved in the report on money creation of the Scientific Council for Government Policy (WRR) published two years ago. It concluded that the Dutch have become too dependent on commercial banks for their payment transactions. Digital central bank money can provide, as Boot calls it, a secure, ‘public anchoring’ of the monetary system.

The downside, according to the professor, is that the state may go too far in its involvement. With Big Brother scenes in China. Or by using the digital currencies as an additional monetary instrument: add 2,000 euros to each central bank account, and the European economy will get a boost. Boot speaks of ‘sunflower capitalism’. ‘Since the credit crisis of 2008, governments and central banks have gained an enormously dominant position. As a result, at the slightest ripple, everyone looks to them to intervene. There’s something crooked. The new digital money threatens to further increase the role of central banks in the economic process.’

But that in 2025 many countries will have their own digital central bank money, almost no expert seems to doubt that. Then the Netherlands and its neighboring countries would be better off making their own choices, rather than wait and see. ‘The payment system is the gas, water and light of the economy’, notes Van Dijk of DNB. ‘If you can’t pay, everything comes to a standstill. We must avoid becoming dependent on a digital currency that is issued outside Europe.’