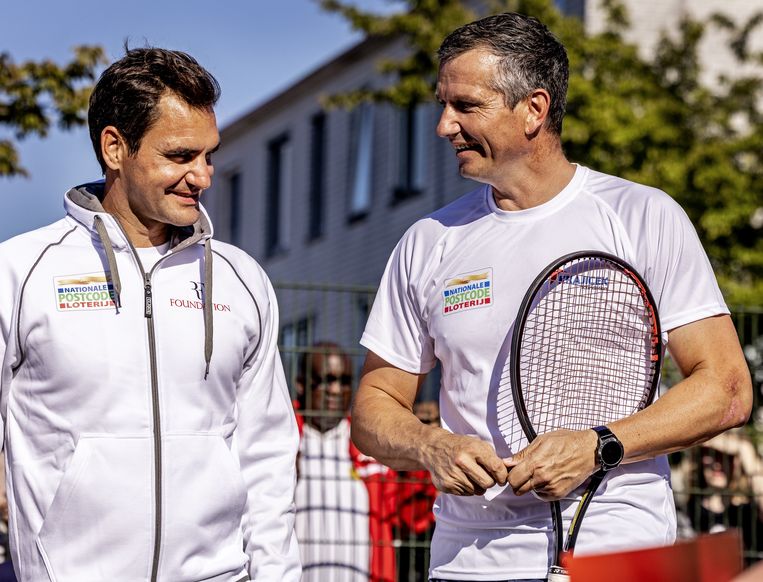 With his retirement from competitive sport, his graceful one-handed backhand and beautifully placed serve have found a place in the image archives of tennis, but Roger Federer’s role in tennis is far from over.

The 41-year-old Swiss does not yet know what the future will bring him. But he doesn’t want to completely distance himself from the sport and plans to play demonstration matches worldwide in the coming years, if his worn knees allow it. “Tennis has given me too much to disappear like a ghost,” he said.

That’s hardly a surprise. The 20-time Grand Slam champion has become so entrenched with the sport, which he ruled for nearly two decades alongside Rafael Nadal and Novak Djokovic, that he doesn’t have to make a decision at all.

Federer is not only the most influential tennis player of all time, he is also the man who made his business in the world he grew up in from an early age. The greater his status on the track, the more he expanded his empire off it.

Coincidence or not, Federer said goodbye in London last week during the Laver Cup, the confrontation between Team Europe and Team World devised by him and his management agency Team8, as a tribute to Rod Laver, the Australian tennis legend.

Team Europe has been coached by former Swedish tennis player Björn Borg since the start of the Laver Cup. But Andy Murray has already announced that he will see the future captain of the European team in Federer. “I’m sure Roger will continue to be involved in this event. Maybe one day he will be captain,” said the three-time British Grand Slam champion, who was himself part of Team Europe last week and was encouraged by Federer. “Down the line, he was great at coaching too.”

In addition to the Laver Cup, Federer also coaches tennis players with his management agency Team8. In the past, Grigor Dimitrov and Alexander Zverev were under contract with him. Today, Federer’s agency looks after the affairs of 18-year-old Coco Gauff, one of the greatest talents in women’s tennis. Gauff, the American number eight in the world, reached the final at Roland Garros this year and was eliminated in the third round at Wimbledon.

Federer has more business activities. The last time he walked onto Center Court, this summer to celebrate the stadium’s 100th anniversary, he was wearing his own stark white shoes. The eight-time Wimbledon winner reportedly decided to invest 50 million euros in 2019 in the Swiss shoe brand ON Running, which went public last year. Bloomberg news agency valued the sports brand at 6 to 8 billion euros at the time of its IPO. Federer’s estimated 3% share would be worth more than $200 million.

Over the years, Federer has built up its own portfolio of sponsors and partners. Although his visibility on the track is fading, the contracts are still ongoing. In 2018, he ended his expiring contract with Nike and signed a ten-year deal for 300 million euros with the Japanese Uniqlo. Rolex is also still one of its sponsors. The luxury Swiss watch brand is also closely associated with Wimbledon, to name just one cross-connection.

The sponsor appointments and business activities outside of tennis have done him no harm. Nadal (136 million euros) and Djokovic (166 million) may have earned more prize money and also have more grand slam titles to their name than Federer (135 million). In terms of off-court returns, his eternal rivals didn’t even come close to him.

According to the financial magazine Forbes Federer earned more than a billion euros during his career. He is the first tennis billionaire. In comparison: Nadal would have raised a total of 521 million euros. Djokovic 490 million. Federer is estimated by Forbes the seventh athlete who managed to amass more than a billion euros during his active career. LeBron James, Floyd Mayweather, Lionel Messi, Phil Mickelson, Cristiano Ronaldo and Tiger Woods preceded him.

Until recently, Federer also had a seat on the players’ council of the ATP: it is unclear whether he aspires to such a role after his retirement. But he will certainly make his voice heard and, if necessary, he will also assert his power. Tennis remains dear to him.