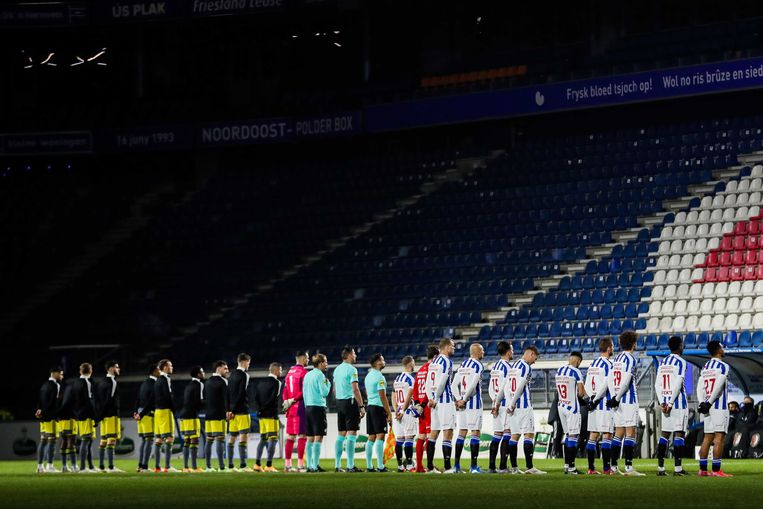 Since referee Gözübüyük on 8 March 2020 at half past six Groningen – PSV (0-1) and canceled the 2019/2020 season after 26 rounds of play, professional football clubs have been struggling with the corona virus. Now for the third consecutive season. When that started in August last year, the stadium was still two-thirds full with an audience, but a public ban has been in place since mid-November.

An empty stand is a hole in the budget of any club. Not only due to missed income from ticket sales and merchandise, also because the catering establishments in and around the stadium can no longer charge anything. Beer sales in particular are a cash cow for clubs. What does the loss of public revenue mean for the financial position of the football clubs in the honorary and first division?

A football club is an ordinary company with a profit and loss account, but the customers are unique. If a supermarket, insurance company or energy company closes its doors or raises prices, the customer goes to the competitor. Unthinkable for the ‘customer’ of a football company. If NEC in Nijmegen doubles the price of a season ticket, a NEC supporter will not switch to Vitesse soon, although Arnhem is close by. Club love creates a monopoly.

A loyal fan base is one of the pillars of a club’s budget. Supporters accept to an unknown extent that they pay for a season ticket without getting much tangible in return. The same applies to sponsors: they get little value for money, but usually remain loyal to the club. “Only a small part of the supporters and sponsors drop out,” says Job Gulikers, who researches the finances of premier league clubs for the Hogeschool van Arnhem and Nijmegen (HAN). “Otherwise the clubs would be in serious trouble.”

That dependence also applies to a budget item that has exploded since corona: government support. That goes towards 100 million for the Eredivisie clubs. That is the total amount of schemes for all companies that were created in March 2020, such as the NOW wage cost subsidy and the TVL, the allowance for fixed costs that are always ongoing.

On top of that, the cabinet categorically promises, ‘for top-level sport, it will be examined per branch of sport and type of event ‘whether additional support is necessary’. For example, a fund of 36 million was set up in November to compensate professional sports, especially football, for the empty stands until December 4. The clubs assume that this arrangement will be extended as long as the public ban is in force.

Without all those millions from taxpayers, corona would have killed at least two premier league clubs. NEC and Fortuna Sittard are at the bottom of the ‘financial health list’ of the KNVB football association. That list shows that the other sixteen clubs, partly thanks to taxpayers’ money, withstood the corona crisis reasonably to well. The modest list leader Go Ahead even managed to make almost nine tons of profit, according to the club by paying more attention to the costs than the benefits.

The scant research into clubs that play in the first division shows that the majority are financially weak. More than the top clubs, which can earn millions from the sale of players, the small clubs rely on ticket sales and catering. Now that their stadiums are also empty, government aid is nothing less than a lifeline.

But, warns researcher Gulikers, that support also partly takes a dangerous guise. Professional clubs were given a deferment from the tax authorities to pay their taxes. Delay is not adjustment and at some point the blue envelope falls on the mat. The amount that the Eredivisie clubs together still have to pay in arrears: at least 60 million euros.