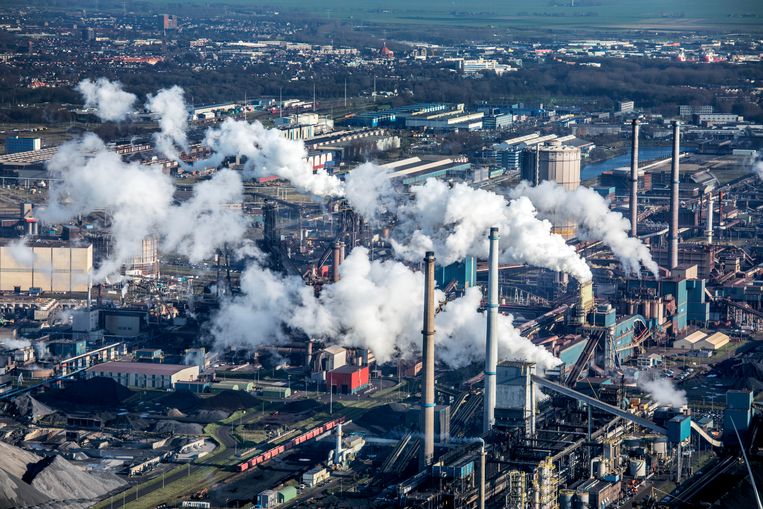 This is apparent from a new draft permit for a part of the steel factory, which sets stricter emission requirements than Tata itself had hoped. According to the North Sea Canal Area Environment Agency, the provincial authority that grants the permit, this should result in a ‘significant improvement of the living environment’ in Velsen, IJmuiden, Beverwijk and Heemskerk.

This concerns a new flue gas purification installation from the pellet factory, which is now responsible for 970 kilograms of lead per year, about two-thirds of the total amount of lead emitted by Tata. The new ‘dedusting installation’ is intended to reduce these emissions by 80 percent. Tata itself had proposed a 67 percent reduction.

The pellet factory is an essential part of steel production. Iron ore powder that is too fine to stick together into fragments (sintered) in the normal way is formed into balls in a kind of burner in a kind of burner. These pellets then fill the blast furnaces (where the iron is extracted from the ore) without clogging.

The formation of spheres releases many heavy metals and other substances. The flue gases are washed, but that is not enough, the RIVM concluded in reports last year after research in the surrounding municipalities. This showed ‘a structurally increased deposition’ of metals, with a quantity of lead that is ‘undesirable for health’.

The argument is that affordable techniques can be found for this, and that emissions should be as minimal as possible in view of the health effects. Ultimately, emissions must be reduced to 1 milligram or less, but ‘there is currently no legal basis for imposing that obligation’, according to the Environment Agency.

The permit is available for inspection, which means that it is not yet final. But according to a spokesperson for the Environment Agency, any changes are usually not large.

“We have the ambition to reduce emissions by 80 percent, and we now see this ambition as an imposed requirement in the tightened permit as it is now announced by the environmental service,” says a spokesperson for Tata. But he doubts whether that ambition is already feasible. ‘We also understand from the environmental service that it is pushing the limits of what is currently possible – both legally and technically – to the maximum. We definitely want to talk about that. In that sense, ambition and realism must go hand in hand.’