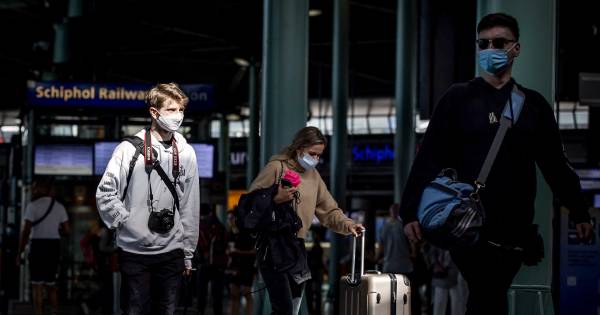 Bootsma does not advocate the mandatory use of masks in public spaces in the Netherlands. “Our model shows that the chance of virus transmission does not have to be reduced to zero in order to be effective. But it is clear that mandatory use of face masks reduces the risk of virus transmission. So use mouth masks if you have frequent contact with others, I would say. Such as in public transport or at a demonstration. ”

The starting point of the study is that the virus is spread via droplets that are released within a meter and a half when sneezing, coughing, talking or singing, says Bootsma. “There is more scientific evidence for this way of virus spread than for the aerosol theory, which states that virus transmission takes place via the smallest droplets that span distances greater than a meter and a half.”

The model calculates with Dutch data on contact intensity in society. Because other Western countries have a similar contact structure, the study results apply to many countries, Bootsma said. A limitation of the calculation model is that it is based on a closed population, which means that travel behavior is not included, for example. Another limitation is that the model does not take into account the contact between an infected person and their housemates – where the risk of virus transmission is high.