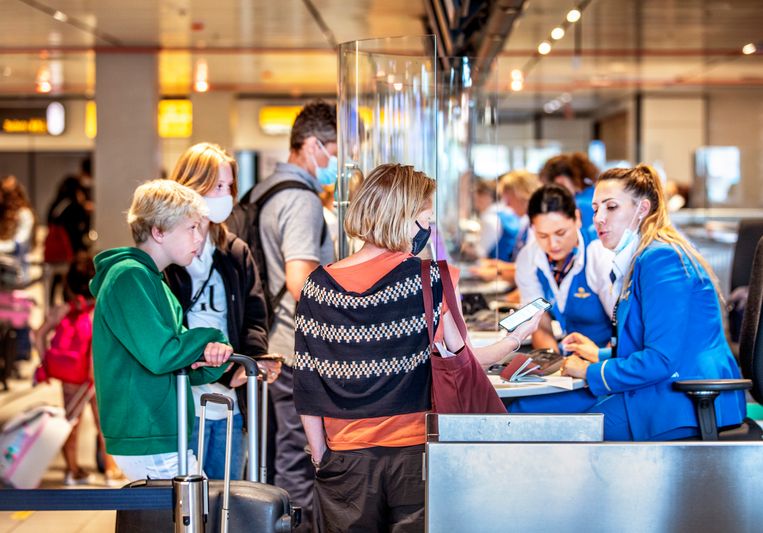 Stress is increasing among travelers now that holiday test results are regularly submitted late, in the worst case the holiday falls into the water. Not all laboratories can respond to the rapid increase in the number of corona tests. With the start of the so-called ‘pre-departure testing’, the number of regular tests also exploded this month.

Major labs were experiencing outages and a commercial test provider had to stop working after a data breach. Some stakeholders warn that such delays could become more frequent as demand for holiday tests increases.

Those who have not been fully vaccinated must be able to show a recent negative test result upon entry into many countries. So far, 825 thousand holiday tests have been carried out, and 558 thousand agreements have been made for holiday tests still to be performed. For many European countries, a rapid antigen test is sufficient. Nevertheless, many travelers opt for a PCR test, because it is often valid for longer or because they are also traveling through countries where a PCR test is mandatory.

For holiday tests, travelers can contact the GGD (PCR tests only) or a series of test providers contracted by the Ministry of Infrastructure and Traffic (PCR and rapid tests). In July and August the holiday tests are free for travelers. The aim is for the results to be received within 30 hours of taking the test. For regular corona tests, the maximum waiting time for the results is 48 hours.

A commercial test taker, testcoronanu BV, was forced to stop by the government last weekend due to a serious data breach. And just with the explosive increase in tests, the two largest labs in the Netherlands, Eurofins in Rijswijk and Unilabs in Utrecht, were faced with disruptions.

“In a few days, the number of tests delivered rose from 2,000 per day to 15,000 per day,” said a Unilabs spokesperson. ‘The holiday in the north of the country had started and we are doing a lot of tests for those provinces. Just last Monday a pipetting robot broke down.’

Unilabs analyzes tests from the GGD and from commercial holiday test providers such as Lead Healthcare Covid Services. ‘When it is busy, the GGD’s tests take precedence because we have concluded guarantee contracts with them.’ The result: many angry travelers. For example, a woman who had a test taken at Lead Healthcare around 3 pm last Tuesday for a trip to Paris did not receive the results until 2 pm last Friday.

The problems at Unilabs were hardly solved when the largest lab in the Netherlands, Eurofins, was hit by a malfunction on Friday. Two pipetting robots failed there and the GGD was unable to plan traveler tests in Drenthe, Friesland, Groningen, Haaglanden, IJsselland and Rotterdam until last Tuesday.

“The problems have been resolved,” a Eurofins spokesperson said on Monday afternoon. “An unfortunate coincidence that this just coincided with the rapid increase in the number of tests.”

According to the Unilabs spokesperson, delays may become more frequent as the labs get busier. He warns: ‘We cannot absorb all peaks and waiting times can increase.’