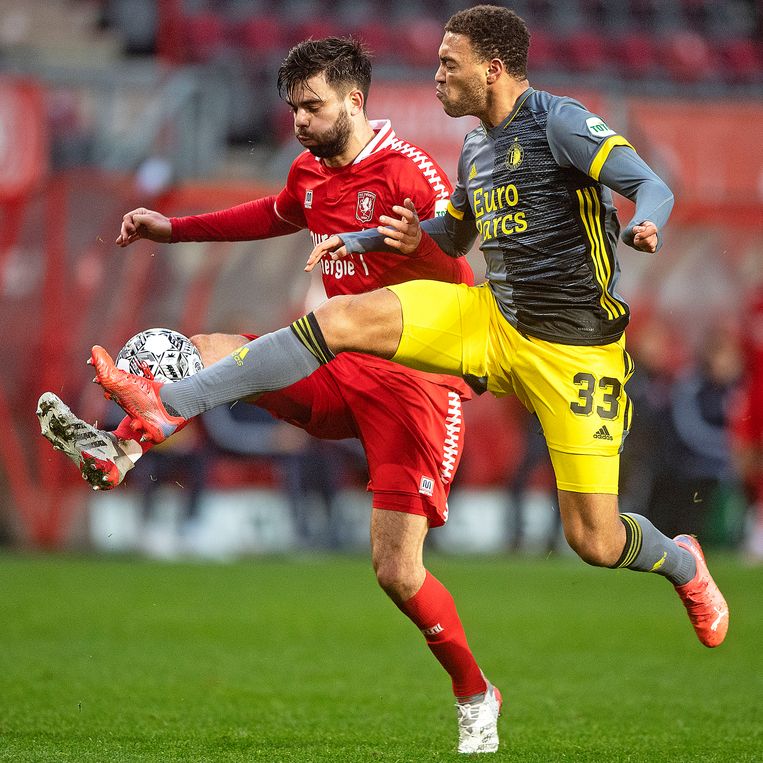 The striker who so often miraculously saved Feyenoord at the very last minute should now actually play at the Spanish second level, at Leganés. Cyriel Dessers (26) was already in Madrid with a full suitcase on August 31, the final day of the transfer market, when he suddenly received three extra options, including Feyenoord. On the ‘weirdest day of my life’, the Nigerian Belgian signed an agreement in the evening in the country where he already made an impression at Heracles, tonight’s opponent of Feyenoord.

It has happened more often that a Feyenoord striker does well after he ended up in De Kuip in an unorthodox way. Chairman Jorien van den Herik was once bored in his holiday home in Cyprus, went to a football match where he saw Mike Obiku play. And Graziano Pellè ran into the son of then trainer Ronald Koeman on the beach during a holiday in Ibiza.

Still, there was plenty of skepticism about Dessers’ entrance. Yes, he became top scorer in the Eredivisie with middle-ranking Heracles, but he flopped with sub-topper FC Utrecht. And at the ambitious Belgian club KRC Genk, which leases him to Feyenoord with an option to buy, he was anchored on the second plan.

In fact, Dessers is also staying there at Feyenoord. Bryan Linssen is preferred as a striker. But by making four times the difference in injury time as a substitute, the cheerful Dessers is on his way from being a cult hero to a real hero in Rotterdam.

How is that possible? FC Utrecht and KRC Genk are certainly smaller clubs than Feyenoord in terms of expectations. And he entered both clubs in a sort of infatuation after an excellent season.

For example, Dessers had just shot NAC to the Eredivisie with seven goals in the play-offs when he signed with FC Utrecht in mid-2017. Being a professional footballer felt like a kind of bonus. Dessers made distant ‘life-changing’ trips when he was twenty, immersed himself in philosophy and studied law when the Belgian professional club Lokeren suddenly gave him a chance at the age of twenty.

Football International posted him smiling broadly on the cover after he scored twice in his first match for FC Utrecht. Accompanying headline: ‘Tastemaker in the Eredivisie’. “We were very happy that he signed with us, because there was a lot of interest,” FC Utrecht technical director Jordy Zuidam remembers. “Besides being a good footballer, he is intelligent, he thought carefully about his career path. He also started as a spear.’

Nevertheless, in two years time under the coaches Erik ten Hag, Jean-Paul de Jong and Dick Advocaat, Dessers did not become a fixed value, although he still guided FC Utrecht to European football via the play-offs.

When John van den Brom also did not give him a base place in the preparation, FC Utrecht exchanged him in mid-2019 for Heracles striker Adrian Dalmau plus an additional payment. ‘If four trainers don’t see him as their first choice, then you look for a solution, especially because his contract has expired,’ explains Zuidam. ‘I don’t think he failed with us, he has had his contribution.’

Dessers later indicated that he had trouble with the pressure at Utrecht, where he was sometimes whistled. Conversations with a mental coach and books on sports psychology have made him more mentally resilient, he recently told the Belgian newspaper The newspapaer. Zuidam: ‘We work together with mental counselors, and we really pay attention to that part. We’ve had several conversations, including with his agent.’

FC Utrecht still lacks a scoring striker. Zuidam: ‘It doesn’t feel sour to us. A player will discover himself more and more. I think this is very nice for Cyriel.’

The Utrecht scratch brushed Dessers away at the more friendly Heracles, where he scored fifteen times. Genk, the club of which he was already a fan as a boy, then deposited 4 million euros for him. Genk won the cup and Dessers made important goals in the play-offs, but was not a basic customer. ‘He didn’t do badly at all, but he was unlucky that his competitor Paul Onuachu scored continuously,’ says Dennis Haar, former assistant to John van den Brom at Genk. ‘Cyriel is just a striker with qualities, and also social, involved, collegial. You can put that to good use. That’s what I said there too.’

Genk has now subsided, curiously, assistant Haar was fired, the same fate threatens Van den Brom. Dessers meanwhile kicks one ball after another against the ropes elsewhere. Still as a striker, though. Her: ‘It is a unique quality. Filling in isn’t that easy, especially when goals are expected from you. Your adrenaline, tension level, muscles and pace are on another level. It is an underestimated office. But strikers will never say, “I’m a supersub by trade.” They don’t want that, then they move on.’