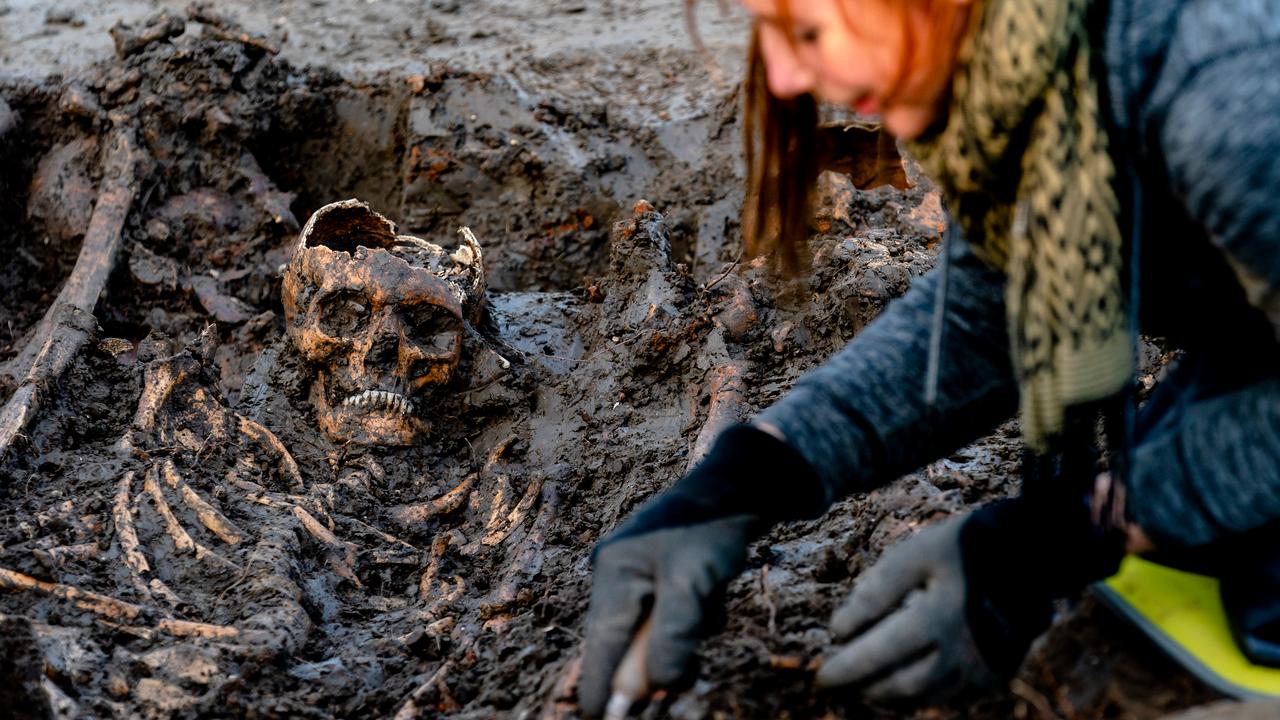 The medieval mass grave in Vianen, discovered during excavation work last month, probably contains the skeletons of victims of a battle that took place sometime between 1481 and 1648. Traces of violence indicate acts of war, the municipality of Vijfheerenlanden reports Monday.

In mid-November it became known that at least twenty human skeletons had been found during excavation work on the city moat in Vianen. Archaeologists already assumed that there might be many more bones to be found. Ultimately, 71 skeletons were found, the municipality reports.

“Clear evidence of (extreme) violence has been found in two skeletons,” the municipality said. “In one skeleton the sacrum has been cut and in another the top of the skullcap has been knocked off by a blow.”

“The Spaniards took Vianen in 1567. If these boys were killed then, then formally there are victims who have just fallen at the beginning of the Eighty Years’ War,” said the municipality.

The absence of objects makes it difficult for the time being to link more than these theories to the find, according to the municipality. The skeletal remains will be removed from the clay in the coming weeks. This research focuses, among other things, on identifying whether there are more traces of violence present. Final answers are expected in the course of 2021.

The skeletons were found in or near the former Batestein castle site, which was built around 1370. After a fire in 1696 it fell into disrepair.