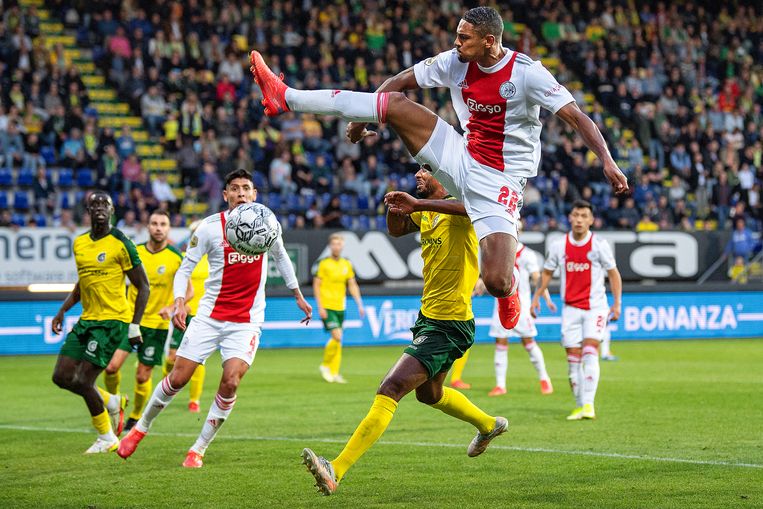 pompom. Hey, there’s Ajax, in the Fortuna stadium. Playing football in Sittard in the early evening, under an initially red-white colored evening sky. In the morning Ajax left by bus from Amsterdam on the A2, to spend a few hours in a hotel near Heerlen. Two chefs bring along for the sports meal, plenty of time for a nap.

Outside, near the stadium, the people from Limburg are admiring when the bus arrives. There is Ajax, the great Ajax, that club from the Champions League, known for stylish football. ‘I think it’s nice on TV, but not now’, says defender Roel Janssen afterwards, after the 0-5.

It was sometimes quite difficult for Ajax in Sittard, the last seasons, but not Tuesday. Ajax is experiencing the so-called flow and is in top form. As easily as the ball goes from one to another, the last few weeks, pompom, that must be wonderful for a football player. Ajax will probably lose again, but the differences with the opponents in the Eredivisie are very large at the moment. Won 3-0 5-0, once 9-0, once 2-0, once 1-1; 27 goals, one against. ‘We did the best we could, but that was not nearly good enough’, says trainer Sjors Ultee of Fortuna. ‘If Ajax already beat Sporting 5-1 in the Champions League, it could well be 5-0 in the competition. Ajax is currently top of Europe.’

This is also due to the qualitative breadth of the selection. All that choice for trainer Erik ten Hag, with substitutes who score, just like Saturday against Cambuur, this time Kudus and Tagliafico. Ten Hag is different from PSV colleague Schmidt. Ten Hag assumes a more or less fixed team and only changes if the score gives reason to do so. “The next game is always the most important game,” he says. Mohammed Kudus, for example, stands in for Steven Berghuis after the break, who has fulfilled the number 10 position in recent weeks and has done an excellent job of that task. Another Mohamed, purchase Daramy, also gets playing time again, as a substitute for top scorer Haller, who for once does not score a goal. Daramy is a lightning fast dribbler against whom Fortuna can do nothing.

Fortuna’s football looks clumsy due to Ajax’s superiority, which is only a bit easy-going in the rounding off. It sometimes resembles such a game in preparation, when a professional club plays football against amateurs deep in the province, just to gain rhythm, to give the public a demonstration of top football. The difference is that the team that resembles amateurs, so Fortuna, simply plays football in the Eredivisie and has a stadium.

Fortuna lost its striker Polter to VfL Bochum at the beginning of the season. Sambou is his replacement. He runs, pushes and falls, but playing football does not seem to be his speciality. Top scorer Flemming is injured, as is right winger Semedo, and right back Tirpan also falls out after five minutes. Midfielder Duarte is tasked with being a defender. Width in the selection was already the problem for Fortuna, which has to make do with less money than last season.

At Ajax they can set up two basic teams. Timber is ill, as it turns out in the warm-up. Perr Schuurs replaces him, the defender from Nieuwstadt, which is five kilometers from the stadium. At least one Limburger is happy this way. Schuurs: ‘It was very special.’ Berghuis makes 0-1, when the ball comes in front of his foot. The 0-2 is from Mazraoui, with a nice shot. The 0-3 of captain Tadic, out of the turn, after fine work by Gravenberch and Blind.

Fortuna is lucky that Ajax more or less stops the demonstration after the break. The atmosphere is one of resignation. Virtually no spectator throws beer. Limburgers know better. Actually, the 0-5 is just acceptable, for both teams. Fortuna has not gone off completely. The supporters sing their club song about Fortuna that cannot be beaten. For Ajax it is the best result in an away match, after the 1-1 at FC Twente and the 0-2 at PEC Zwolle. In the second half there is time for some calculations. If Ajax continues to score at this rate, it will end the competition with 153 goals. pompom.