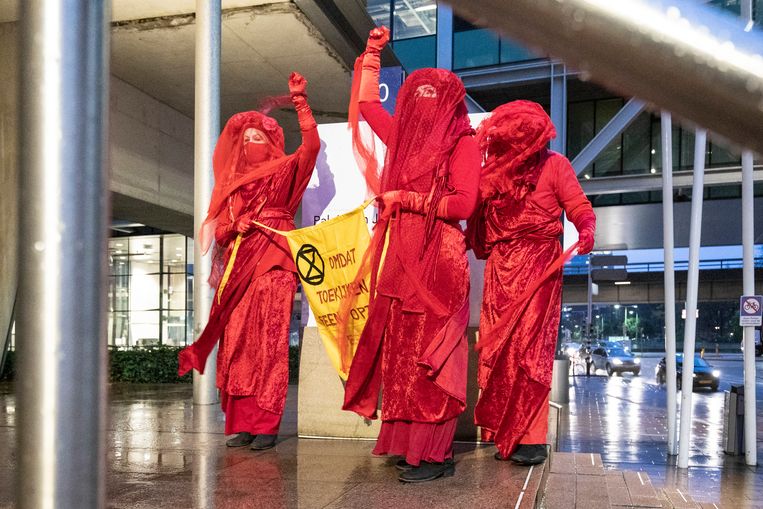 It is now or never, lawyer Roger Cox tells the court in The Hague. He is acting on behalf of Milieudefensie, six other NGOs and 17,000 citizens who have sued the oil company Shell. They demand that Shell uses its CO2emissions are falling sharply and rapidly: by 45 percent in 2030 (compared to 2019), a reduction that he believes is in line with the Paris climate agreement.

If the judge does not impose this now, the amount of CO2 in the sky has risen too much to prevent dangerous climate change, Cox says in an emotional speech. ‘There will be no other or better moment. If it proves difficult for politicians to regulate these matters quickly, and if the court fails to do so, then who will protect citizens from the effects of climate change? Who then protects the poorest in the world, ‘he says, and then pauses to rinse a lump in his throat with some water. “And who, then, will protect future generations who will inherit from us an earth that has been severely damaged and left in great decay?”

Cox isn’t just a lawyer doing a job. He is the author of the book Revolution rightfully, and the man who turned after seeing Al Gore’s climate film An Inconvenient Truth collapsed on the culprits of the global warming. He was also the attorney for Urgenda, which in 2015 forced the state to adopt a stricter climate policy through a court. His passionate commitment makes his voice a bit more difficult when he sums up what he does it all for.

The importance of tackling climate change ‘is beyond dispute’, says Dennis Horeman of the trio of lawyers who act for Shell, and of course: Shell’s activities also have an effect on the climate and the company will have to do something about it. But, says Horeman: ‘No private party can change the energy system on its own. Not even Shell. ‘

Not the judge, but politicians have to make decisions. “States have significant control worldwide, both over the supply side of the market and over the demand side.” The Shell lawyers argue that the court should therefore not rule on it at all.

Milieudefensie and the other plaintiffs say they stand up for all people on earth, the present and the future. According to Shell lawyers, this cannot be done in court. A ‘collective action’ presupposes a collective interest. But not all people have the same interest. The interests of poor people in Africa cannot be compared with those of citizens in Europe or the United States, they argue. In some countries, going from gas might be a good idea, but what if Poland wants to stop using coal, isn’t gas a great alternative?

Moreover, Shell believes that it is at the forefront of fossil fuel companies in greening their business activities. If Shell is forced to do less, it will be detrimental to the climate. ‘This will potentially create more room for other parties, who may not have progressive energy transition plans such as Shell, to jump into the gap that would arise if the requirement is granted.’

Cox points out that politicians have proved unable to curb companies like Shell, while the dangerous 1.5 degrees temperature rise in this way will be reached in a few years. According to him, Shell, together with the American ExxonMobil, will be the largest investor in oil and gas until 2030. Of all Shell investments, 95 percent goes to oil and gas.

Cox also contradicted the multinational’s statement that a decision in the Netherlands would be limited to this country and would only affect Shell. He said similar cases will be brought in many more countries, including against other oil companies. In addition, courts do look at what judges abroad do, Cox said, referring to various foreign affairs and his own Urgenda case.

The court has set four court days for the second major climate case in the Netherlands. The case will resume on Thursday.