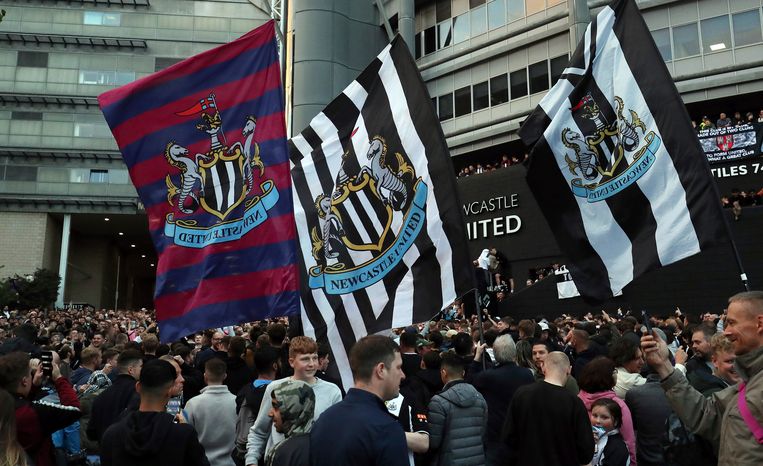 The takeover sparked a party around the club’s stadium, St James’ Park, with some supporters dressed as oil sheikhs. They are especially happy with the departure of Mike Ashley, the British billionaire who bought the club fourteen years ago. Under his rule, hardly any investments were made and there were no successes. The last trophy dates back to 2006, when the England team in black and white won the European Intertoto competition.

The bad image of Ashley, an old-fashioned self-made man, hung like a cloud over the imposing stadium. The founder and owner of the popular SportsDirect chain is regularly in the spotlight because of the poor working conditions in his company. The club acquired a dubious name when Wonga was recruited as a shirt sponsor. This company provides loans at usurious interest, in particular to poorer households.

Even though it’s debatable

The new owners are no less questionable. Negotiations have been going on for a year and a half with a consortium led by the fund of Saudi state wealth. The Arab kingdom does not have a good reputation for violating human rights, especially women’s rights. Taking over a major English football club is seen as a way to polish its image abroad.

The new top executive will be Dubai-based investor Amanda Staveley, who was involved in the 2008 takeover of Manchester City by Sheikh Mansour. In addition to Staveley and the Saudis, the brothers David and Simon Reuben, British-Indian project developers, are also part of the consortium. In the Premier League, only Tottenham, Crystal Palace, West Ham, Norwich and Brighton are still in British hands.

Club legend Alan Shearer reacted enthusiastically to the news. ‘Yesssssssss. We can dare to hope again,” the well-known striker tweeted. To be Match of the Daycolleague Gary Lineker was more cautious. “Football fans want their clubs to be successful, but at what cost? Fans of Newcastle United face that dilemma.’ A day after the takeover, the club has already made an offer for Italian top manager Antonio Conte.

The club has great potential. The stadium is packed with more than 50,000 spectators every home game and the number of fans that travel after the club is impressive. The last league title dates from 1929. In 1996, Newcastle, led by Kevin Keegan, finished second after the team had been well ahead of the later champions Manchester United for a long time. In 1999 Ruud Gullit led the magpies last to a cup final at Wembley.