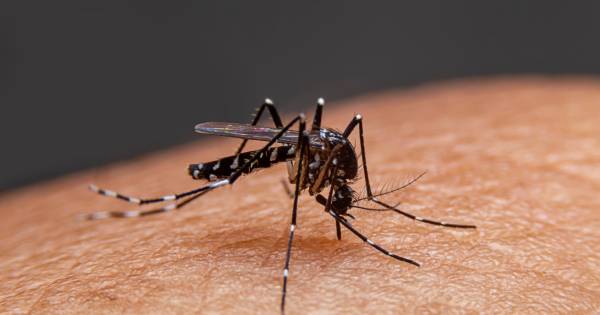 Three Dutch people in France have now become infected with the infectious disease dengue (dengue fever). They have been bitten by a tiger mosquito, the platform Stop Invasive Exotics reports. The RIVM is monitoring the number of infections, but finds that there is no need yet to officially warn holidaymakers to the country.

Last month, a Dutch woman contracted the disease in La-Croix-Valmer, in the south of France, after being injected by such an exotic mosquito. According to the platform, it was the first time that a Dutch person in Europe has been infected. A male relative of the woman also contracted dengue, the European scientific magazine Eurosurveillance reported last week. Another Dutch woman became infected in the Ardèche this summer.

No need for warning

Just like two weeks ago, the National Institute for Public Health and the Environment (RIVM) does not see the need to warn Dutch holidaymakers. The fact that the number of infections contracted does not change the judgment. “It is still small numbers,” said a spokesman. “We are aware of it and we will continue to monitor the dengue virus infections, but it is not yet so alarming that we are going to change our policy.” According to the RIVM, an official warning for Dutch holidaymakers traveling to Southern Europe is still going too far.

It is not the first time that Stop Invasive Exotics has drawn attention to dengue cases in Southern Europe. “There have been outbreaks of dengue, zika and chikungunya in Southern Europe for years, all diseases that are transmitted by the tiger mosquito,” said Chairman Wilfred Reinold. “Despite a request from the platform from 2018, the Dutch government still refuses to actively point this out to travelers to Southern Europe, even after the message from two weeks ago.”

Whether it is justified that Stop Invasive Exotics continues to sound the alarm, the RIVM spokesperson does not know. “The most important thing is to protect yourself from mosquitoes,” he says. “Most infections are contracted in (sub) tropical areas. We would still like to focus on that, even when traveling is allowed again. ”

In Europe, the first tiger mosquito was found 30 years ago in Genoa, Italy. Mosquito eggs were accidentally brought in by an importer of used tires, after which the bug became more common in the country and then spread to neighboring countries. The tiger mosquito is not yet a regular guest in the Netherlands, but it does occur sporadically when mosquitoes, eggs or larvae come along with the import of, for example, or used car tires. When the mosquito is found, it is immediately eradicated to prevent it from settling in our country.

A dengue infection may be accompanied by vomiting, fever, severe headache, skin rash and pain in bones, muscles and joints. In very rare cases, dengue can be life-threatening. The RIVM emphasizes that most people who contract the disease are back on their feet after a week, or do not become ill at all.