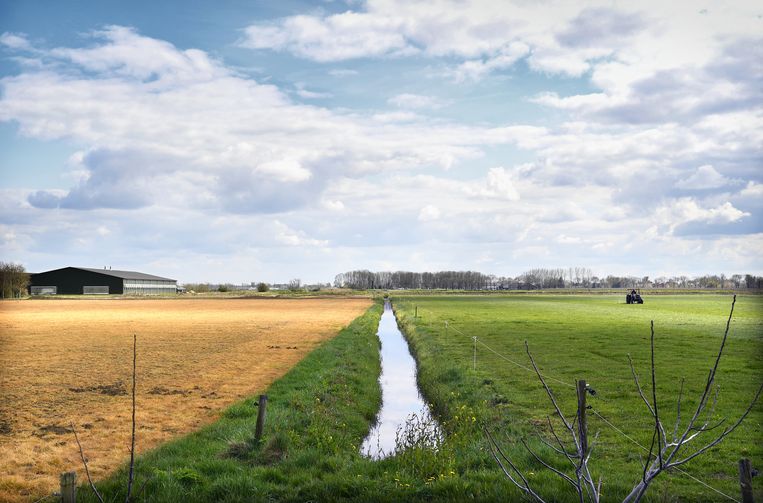 While Parkinson’s has been an occupational disease among farmers in France for years due to the often long-term exposure to pesticides, the effects on the development of the disease are still not considered when spraying agents are allowed on the European market.

This must change, advises the National Institute for Public Health and the Environment (RIVM) on Thursday. Because although a solid causal link has not yet been demonstrated, the pile of international studies that identify crop protection products as a risk factor for developing Parkinson’s and other so-called neurodegenerative diseases (Alzheimer’s / dementia and ALS) is growing.

Bas Bloem, as professor of neurology at Radboudumc not involved in the RIVM report, is very pleased with the advice. Recently Bloem’s book came The Parkinson’s Pandemic from. More than age and lifestyle, he says, the ‘explosive growth of Parkinson’s’ is the result of ‘all the junk’ we expose ourselves to.

Take the industrial revolution. When it was gaining steam in Great Britain in 1817, James Parkinson was first diagnosed with the disease there. After that it went fast, with air pollution and the number of Parkinson’s diagnoses. Bloem sees a connection: ‘It is now the fastest-growing brain disease in the world, especially in the highly industrializing China.’

But even more than air pollution, agricultural poison Bloem is a cause for concern. The evidence that farmers and local residents are more at risk for Parkinson’s is overwhelming, he says. “Meanwhile, you and I also get it through our food.”

The quantities found are always below the standard, is the response of the pesticide industry and the agricultural sector. ‘This is because the standards are not correct,’ says Bloem.

The Dutch Board for the Authorization of Plant Protection Products and Biocides has also come to this insight and has pointed this out to the European Food Safety Authority, which deals with authorization in Europe. It also acknowledges the shortcomings in testing and promises to enter into talks with the countries. The RIVM advice is intended to provide input to that discussion.

The institute points out that animal experiments that are already in place can be used to find out whether various pesticides also contribute to the slow death of nerve cells – which causes movement disorders in Parkinson’s and later behavioral and cognitive problems. For example, Bloem also says, by standardly looking at the effects on the brain regions that are important for Parkinson’s in the mice exposed to substances. Now this is not happening.

At the moment, the effects of a cocktail of pesticides are not taken into account either. We therefore do not know whether approved agents A and B together may actually cause health damage. The Wageningen professor Violette Geissen is currently leading a large European study that should provide better insight into the effects of agricultural poison cocktails.

Farmers are not always eager for alarming investigations into the resources that are important to their work, Bloem knows. “I understand that they have enough on their minds already,” he says. ‘I don’t blame anyone either; farmers themselves are the biggest victims. I wish them above all that they can carry out their beautiful profession in a safe manner.’

The Ministry of LNV writes in a response that it has discussed the RIVM report with the European Commission. ‘The aim of LNV is to jointly plead as an EU in an OECD context for the adjustment of the test guidelines. These adjustments will take time. That is why the minister asked RIVM for advice on how to speed up this process, and what steps LNV should also take in the shortest possible time.’