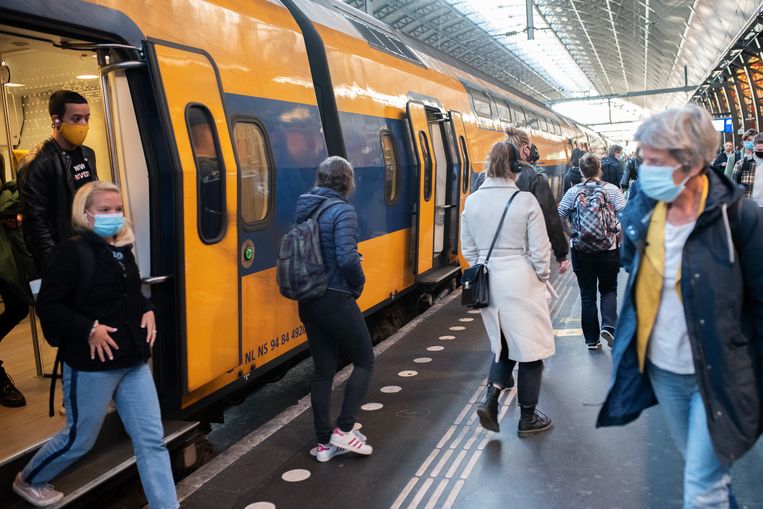 The government and the carriers assume that many travelers will not return to public transport in the coming year, or will only take the bus and train sparingly. As a result, the carriers miss out on hundreds of millions of euros in turnover. The Dutch Railways alone fear that this year they will miss out on a billion in revenue, the rest of public transport between 800 million and one billion.

The cabinet has given the sector an ‘availability payment’ of 1.5 billion, which will run until next summer. The aim is to keep the timetables up and running as much as possible.

But in 2021, The Hague wants to offer less support. Public transport has therefore been asked to present a ‘transition plan’ by April at the latest, whereby costs will be reduced by having fewer empty and half-full trains and buses running. This issue will be discussed on Thursday in a parliamentary meeting on public transport.

Climate goals and quality of life

Rover finds it understandable that short-term costs are being looked at critically, but wants the government not to lose sight of the future. ‘Short-term cost savings should not lead to long-term loss of travelers.’

Transport experts expect that public transport will recover and that overcrowded trains and buses will return during rush hour. ‘This growth of public transport is necessary to achieve the climate goals and the quality of life in both cities and the countryside, says Rover.

The travelers association wants to make public transport attractive, for example by introducing other forms of payment as an alternative to the public transport chip card. Other options are free bus lanes, making bus stops accessible and agreements between transporters and higher education for the distribution of school hours. These are all plans for which Rover has been stronger for much longer.

The return discount is new and is in line with other plans, such as that of GroenLinks, to give every Dutch person the right to five free train journeys next year.


GroenLinks wants to offer every Dutch person five free train rides next spring or summer. ‘This way we can support public transport and give people a day out,’ says Member of Parliament Suzanne Kröger. She has submitted a motion to this effect during the discussions on the budget of the Ministry of Infrastructure and Water Management.

The Dutch Railways see no reason to renew the validity of Keuzedagen. These are discount tickets that people over 60 can travel with unlimited. The fact that it is estimated that tens of thousands of seniors have followed the advice of the RIVM and avoided public transport does not detract from this, according to the Dutch Railways.

Public transport schedules will be overhauled across the country next year due to the corona crisis. Travelers should take into account that bus, tram and metro will run less frequently on some routes. In some cases lines will be discontinued.