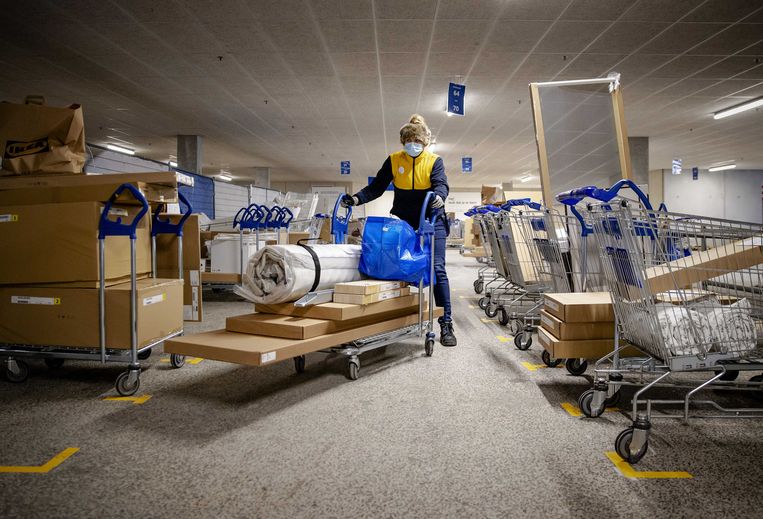 This is evident from figures published monthly by the Central Bureau of Statistics (CBS). These figures have been corrected for the number of ‘shopping days’ contained in a month; one year February has more days when shops are open than the other year.

January was a historically bad month for the retail industry, with sales declining 37.7 percent for all stores that don’t sell food or stimulants. This is the largest drop since Statistics Netherlands started measuring in January 2005. In February the loss of turnover was thus more than 7 percentage points less, at 30.3 percent, but still enormous. The clothing and shoe sector suffers the most, with 53.4 and 43.4 percent sales losses respectively. The recreation, furniture, electronics and living sectors are also struggling.

Part of the explanation for the slight improvement in February may be the introduction of click & collect: since February 10, customers have been allowed to collect goods from shops by appointment. Larger chains such as Action and Blokker in particular can thus make up for some of their loss of turnover, although it lags far behind regular sales. For many retailers, often with one store of their own, it is much more difficult to attract customers to their website and to set up a functional online infrastructure for click & collect.

The CBS figures do show a large flight to online: the retail trade sold 103.7 percent more via the internet in February than a year earlier. That is the largest increase since Statistics Netherlands began tracking online sales in January 2014. The figure is an average of ‘pure’ web stores (65.1 percent more) and stores that have both a physical and online branch (162.1 percent).

The effect of shopping by appointment is not yet visible in these figures; this has only been possible since 3 March.