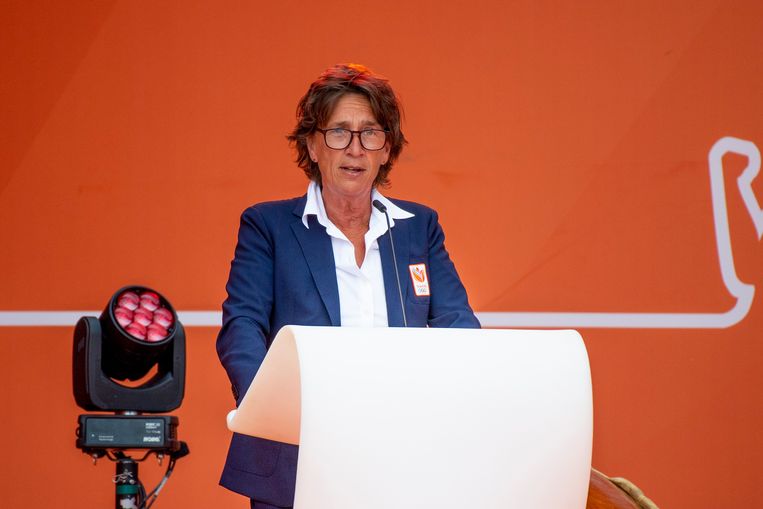 Physical violence, name-calling, systematic ignoring and humiliating sessions on the scale. The Netherlands raised its top gymnasts for years in a ‘toxic culture’ copied from the former Eastern Bloc, as NOCNSF chairman Anneke van Zanen described it on Monday. The stories about abuses in gymnastics were known, but reports from the past were seen as incidents. Only when gymnastics trainer Gerrit Beltman in the Noordhollands Dagblad told what he had done to young girls, there was a large-scale investigation. From the report Uneven Shelves, which was presented at the end of April, it appears that two-thirds of the Dutch gymnasts who participated in the study had to do with cross-border behavior by their trainers. Victims were encouraged to tell their story and trainers were called to account via the Institute for Sports Law.

Why is NOCNSF only now issuing an apology?

The KNGU gymnastics association already apologized in April after the report on abuses in gymnastics was presented. NOCNSF only did that on Monday. Chairman Anneke van Zanen says that this was the first opportunity to respond. She went deep into the dust. She was sorry that no action was taken sooner. Reports from gymnasts, even before 2010, were gathering dust on the shelf at the sports dome. ‘We incorrectly assumed that these were incidents. We failed to check whether the reports had a structural cause.’ Earlier reports were seen as ‘loose trees’ leaving the ‘forest unseen’. “The gymnasts have been exposed, at a very young age, to intimidation, isolation, exclusion, manipulation and abuse of power. And we left them out in the cold’, says Van Zanen, who attributes the situation, among other things, to an excessive performance culture.

How many gymnasts are entitled to a financial compensation and who will pay for it?

KNGU director Marieke van der Plas estimates that there are about a hundred gymnasts. These are the women who have performed gymnastics at the highest level, have competed in international competitions and have trained more than thirty hours a week for a longer period of time. It is also examined per case whether reports have been made, whether training has taken place under a coach who is subject to disciplinary proceedings and whether the training courses took place in a place where the door was always closed to outsiders. In order to determine the amount, the standard was adopted from the compensation scheme that the victims of the Catholic Congregation of Sisters of the Good Shepherd received. Between 1860 and 1978, 15,000 girls and women were subjected to forced labor in the asylums of the Congregation. The amount for the gymnastics victims is paid from the pot of the gymnastics association and NOCNSF.

What will change so that this never happens again?

Besides making a clean sweep, breaking through with old-school trainers, the gymnastics association has plenty of ideas. For example, there is no longer a Dutch championship for eight-year-olds, and there are plans for a different assessment of competitions for children. Some judges no longer feel comfortable with the traditional system of looking at everything that goes wrong. Instead of subtracting points, there should be something that looks more at the positive aspects of an exercise. The KNGU also wants to raise the age limit for participation in competitions and a change in the gymnastics code so that it is no longer stimulated to perform increasingly difficult exercises. Renowned for her intricate jumps, gymnast Simone Biles was blacked out in Tokyo due to the mental pressure she was under. She suddenly didn’t know how to jump and decided not to take action for a few days for fear of a serious accident.

Can top gymnastics still exist in the Netherlands in a pedagogically responsible way?

Marieke van der Plas thinks so. She sees Epke Zonderland, who came to the world top with pleasure, as an example of how it can be done. A relatively old women’s team will come into action at the World Gymnastics Championships, which are scheduled for next weekend in Japan. However, the expectations of this group are not high. Together with other countries, the gymnastics association is trying to make a fist towards the world gymnastics association FIG to implement changes. There are 18 countries with which the Netherlands has a ‘pact’ to put things on the agenda. However, more than a hundred countries are not interested in this at all. Even America, where the abuse scandal surrounding team doctor Larry Nassar has stirred things up, finds it complicated to adjust the structure of educating young children.