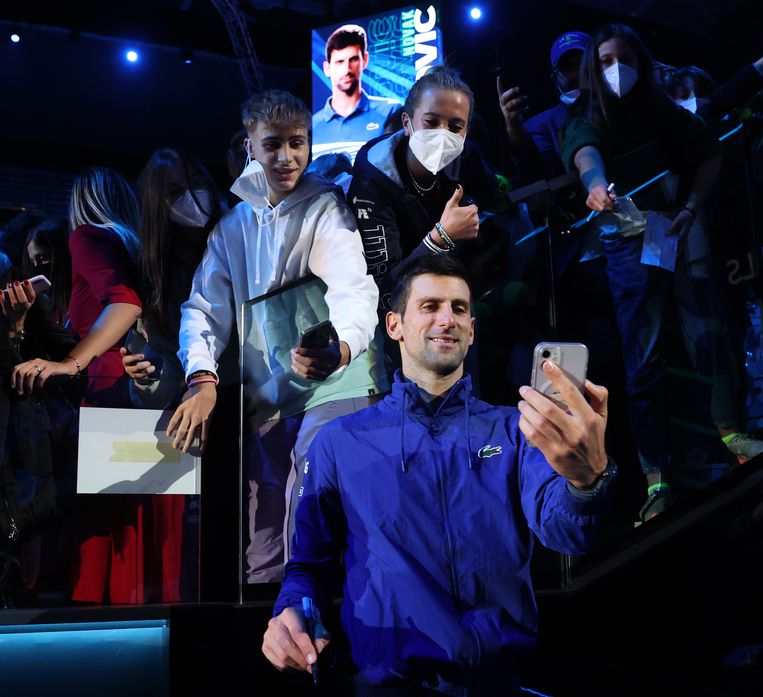 It is January 2010 when acupuncturist Igor Cetojevic watches Novak Djokovic on television. The Serbian tennis player, not yet a world star at the time, plays in the quarterfinals at the Australian Open. Suddenly, Djokovic grabs his stomach. He then, as limp as a dishcloth, loses the match.

Cetojevic thinks he can see from the TV what is going on with the tennis player who has suffered from allergies and asthma from a young age. A few months later they meet. The doctor gives Djokovic a sandwich and thinks he can see from the way his body reacts that he should no longer eat bread. It is the start of a gluten-free diet and the beginning of Djokovic’s resort to alternative doctors, wellness gurus and meditation teachers.

Djokovic is now the best player in the world, and the symbol of the division between supporters and opponents of corona vaccination. The world number one is stuck in a Melbourne hotel awaiting a judge’s ruling on Monday to participate in the Australian Open, which starts on January 17.

Djokovic was stopped at the border because his visa was not correct. Only fully vaccinated people are allowed to enter the country, unless there is a good reason not to get the shot, such as an underlying illness or a recent infection with the corona virus.

The tennis player was exempted from playing because he tested positive in December. There are doubts whether he has indeed recently had corona, because a day after the positive test he attended an event without keeping his distance from people.

Djokovic, who normally lives in luxurious accommodations, is locked up in a detention hotel where at least twenty asylum seekers and refugees are also staying. In Serbia there is great anger about the case. Djokovic is revered as a hero in his own country.

President Aleksandar Vucic said a “political witch hunt” was underway. Djokovic’s father went one step further. He compared the fate of his son to the crucifixion of Jesus Christ.

It’s no surprise that Djokovic doesn’t feel like getting stung. Djokovic eats plant-based and prefers to let injuries heal on their own, which caused him to struggle with an elbow injury for far too long years ago. He eventually went under the knife. To recover faster, he is regularly in a kind of futuristic egg that can simulate height.

He calms his mind by praying and meditating. Two years ago, he said he knew people who could convert polluted water into pure water through the power of energetic transformation, through prayer and gratitude.

His special views led to storms of criticism, but Djokovic remains incredibly popular in his own country. The tennis player grew up in the poor Banjica neighborhood of Belgrade. The Kosovo war runs like a thread through his youth. In 1999, on his twelfth birthday, he heard NATO planes fly over the city. He slept with his family in a bomb shelter at night and tried to train during the day in places that had just been bombed, because it would be safe there again.

When Djokovic stormed the world top in tennis, the Serbs had something to be proud of again. At his hotel in Melbourne, his fans gave him a heart last week. They waved the national flag outside and danced to traditional music.

Outside the borders of his native country, Djokovic is often seen as the uninvited guest who came to disrupt Roger Federer and Rafael Nadal’s party. Despite his enormous palmares, the Serb always lost out in popularity to Federer and Nadal. The three tennis icons are currently all on 20 Grand Slam victories. If Djokovic doesn’t play in Melbourne, Nadal could go on to win 21 grand slams. Federer is out due to injury.

On track, Djokovic often felt, he says, that he was taking on the rest of the world on his own. When he beat Federer in the final of the US Open in 2015, he shouted to friend and actor Gerard Butler in his player box in the stands: ‘This is Sparta’, referring to the film of the same name in which Butler plays. Djokovic compared himself to the heroic king Leonidas of Sparta who faced the great Persian army at the battle of Thermopylae.

From his hotel in Melbourne, Djokovic at least feels less lonely than the Greek hero from the film. He heard the noises from his fans outside and saw the pictures on social media. He feels the love. “Thank you people all over the world for your continued support. I feel it and it is very much appreciated.’

About his diet: ‘From a young age I had trouble breathing, especially in Australia in the heat. It was some kind of asthma. Now I don’t eat anything that costs my body a lot of energy to burn. I eat plant-based and avoid gluten and refined sugars.’

About corona vaccines: ‘Personally I am against vaccination. I don’t want anyone forcing me to take a vaccine. But if it becomes mandatory, I have to make a decision.’

On Federer fans in the stands after his Wimbledon title in 2019: ‘Sometimes you try to ignore it. That’s pretty hard. Sometimes I try to turn it around. Then when I hear ‘Roger, Roger, Roger’, I just think they’re yelling ‘Novak, Novak, Novak’.’