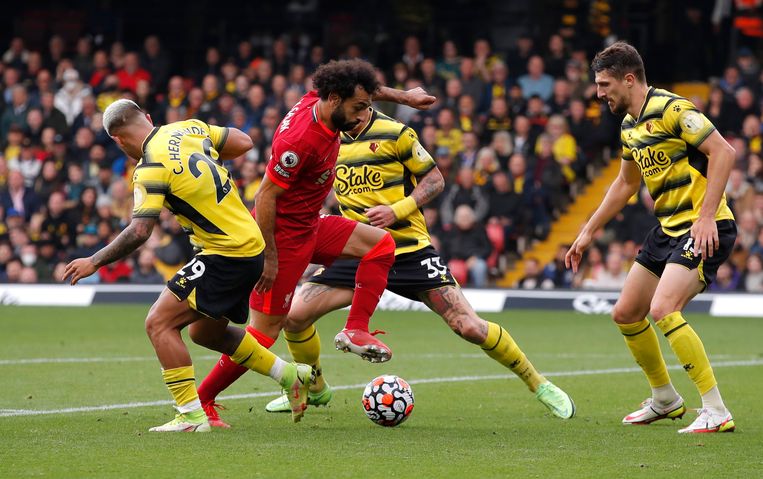 The most precarious job in the Premier League is leading Watford. Over the past five years, The Hornets have had nine managers, with Spaniard Quique Flores having two chances. Italian owner Gino Pozzo is known for his impatience. His club started the season well with a win over Aston Villa, but things quickly went downhill after that. In short, exit coach Xisco Munoz.

In his quest, Pozzo came across his compatriot Ranieri, who performed a miracle five years ago by making Leicester City champions from scratch. Since his dismissal from Leicester in 2017, the 69-year-old Romein has gotten little done at Nantes, Fulham, AS Roma and Sampdoria. The hope now is that he can rediscover his magic at Watford, who do not want to be relegated to the Championship for the second time in three years.

Liverpool is the best

An ordeal followed with the arrival of Liverpool. After a failed, Van Dijk-less season, The Reds are back in the top, The team is in second place, just behind Chelsea, just ahead of Manchester City. In fact, Liverpool are the only team to be unbeaten after eight games. The big man is striker Salah who recently scored his 100th goal for Liverpool, a club record after just 151 games.

Against Watford, the 29-year-old Egyptian broke open the enemy defense after a few minutes with a superb pass with the outside of his left foot. Sadio Mane rounded it off. The highlight of the Salah show came five minutes after the break when he dribbled Messi-like through the penalty area and turned the ball into the far corner. Salah scored a similar goal against Manchester City earlier this season.

The other three goals came from Roberto Firmino, who seems to be back after a deep dip. The Watford defenders, including Nigerian Dutchman William Troost-Ekong, were at a loss for these three stars. The fact that Liverpool is not alone in the lead after this victory is due to Chelsea goalkeeper Edouard Mendy. In the 0-1 win against Brentford, the Senegalese stole the show with beautiful saves.

For the time being, withdrawn from the title race, Manchester United lost 4-2 to Leicester City. It was the club’s first loss in 30 away games. Cristiano Ronaldo was invisible.