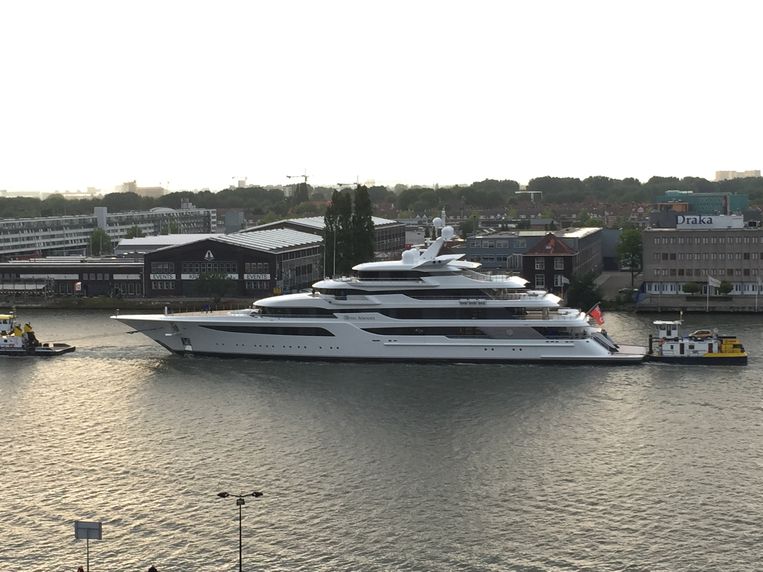 The yacht, the royal romance, is 92 meters long and is worth an estimated 190 million euros. Owner is Ukrainian Viktor Medvedchuk. He is a close confidant of Russian President Vladimir Putin, who is the godfather of Medvedchuk’s daughter. In April, Medvedchuk was captured in Ukraine, which exchanged him in September for Ukrainian prisoners of war who had defended Mariupol.

Medvedchuk was put on a US sanctions list even before the war in Ukraine. In January, there were suspicions that the Ukrainian would become Putin’s boss if he succeeded in overthrowing Zelensky’s government in an invasion.

So far, many assets of Russian companies and individuals in EU countries have been frozen, but Ukraine wants more to be done with this. If it is up to Ukraine, the funds and assets will be used to enable the reconstruction of the country. The European Commission also feels this way and came up with a proposal this week.

The EU and the G7 have frozen EUR 300 billion in gold and foreign exchange held by Russia’s central bank. 19 billion euros from private individuals and companies have also been frozen. This includes many oligarchic possessions, such as superyachts.

The Royal Romance was chained in March in Rijeka, Croatia. Since then, the question has been what to do with the ship. This week, a Croatian judge gave permission for the yacht to be handed over to the Ukrainian organization involved in tracing criminals’ money.

The superyacht was built by the Dutch company Feadship in 2005 and can accommodate 14 guests and 21 crew members. On board are a swimming pool with waterfall, a 3D cinema, a gym and a spa.