After a difficult opening phase, the first chance was a hit for PSV. Donyell Malen scored in the 31st minute at the first post with a heel ball on a low cross from Mario Götze.

Even before half-time, Ihattaren beautifully doubled the lead for PSV. Malen found the playmaker on the edge of the penalty area and curled the ball into the intersection with his left. It was his first goal of the season for Ihattaren, who was left out of the selection for a while due to exhaustion.

Twenty minutes before the end FC Utrecht brought the tension back via Mimoun Mahi, who got the ball in front of his feet and lashed out effectively from close range: 2-1. Visitors did not get any further than that in the Philips Stadium.

With the victory over FC Utrecht, PSV takes over the second place in the Eredivisie from Vitesse, which earlier in the day drew 1-1 against sc Heerenveen. The Eindhoven team are three points behind leader Ajax. FC Utrecht is disappointingly tenth. 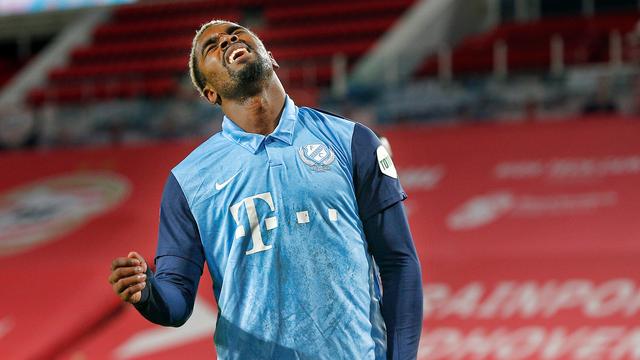 Disappointment at Gyrano Kerk after his rejected goal against PSV. (Photo: Pro Shots)

PSV moderately off the starting blocks

With Ihattaren and Götze in the starting line-up, PSV got off to a moderate start in Eindhoven and had to watch how FC Utrecht had the upper hand in the initial phase. After fifteen minutes of play, the Utrecht dominance seemed to result in the opening goal of Gyrano Kerk, but the VAR ruled that Kerk was offside when he was only sent to PSV goalkeeper Yvon Mvogo.

After half an hour, PSV took the lead out of nowhere. Captain Denzel Dumfries recaptured the ball on the right and launched Götze, who found Malen at the first post with a low cross. The club top scorer finished nicely with a heel ball and scored his seventh Eredivisie goal of the season.

FC Utrecht had only just recovered from the 1-0 or PSV already doubled the lead in-house. Cody Gakpo held the ball in the Utrecht penalty area and reached the detached Ihattaren via Malen, who found the right intersection behind FC Utrecht goalkeeper Maarten Paes with his left. After his wonderful goal, Ihattaren jumped into trainer Schmidt. Mohamed Ihattaren falls in the arms of trainer Roger Schmidt after his 2-0 against FC Utrecht. (Photo: Pro Shots)

FC Utrecht still close to 2-2 in the final phase

After the break, PSV controlled the game with the 2-0 lead in the pocket and the Eindhoven team failed to run to 3-0. For example, left back Philipp Max shot a free kick from close range to the top of the bar in the 58th minute.

After Götze fell out, who went to the side with an injury, substitute Mahi scored the tying goal in the 71st minute. Mvogo saved on a bet by Sander van de Streek, but the goalkeeper had to capitulate after all.

PSV was sentenced to defend the 2-1 lead in the final phase and saw FC Utrecht almost come alongside via Van de Streek, who shot into Pablo Rosario in injury time from a promising position. Without the already substituted Malen and Max, the Eindhoven team took the lead over the line.